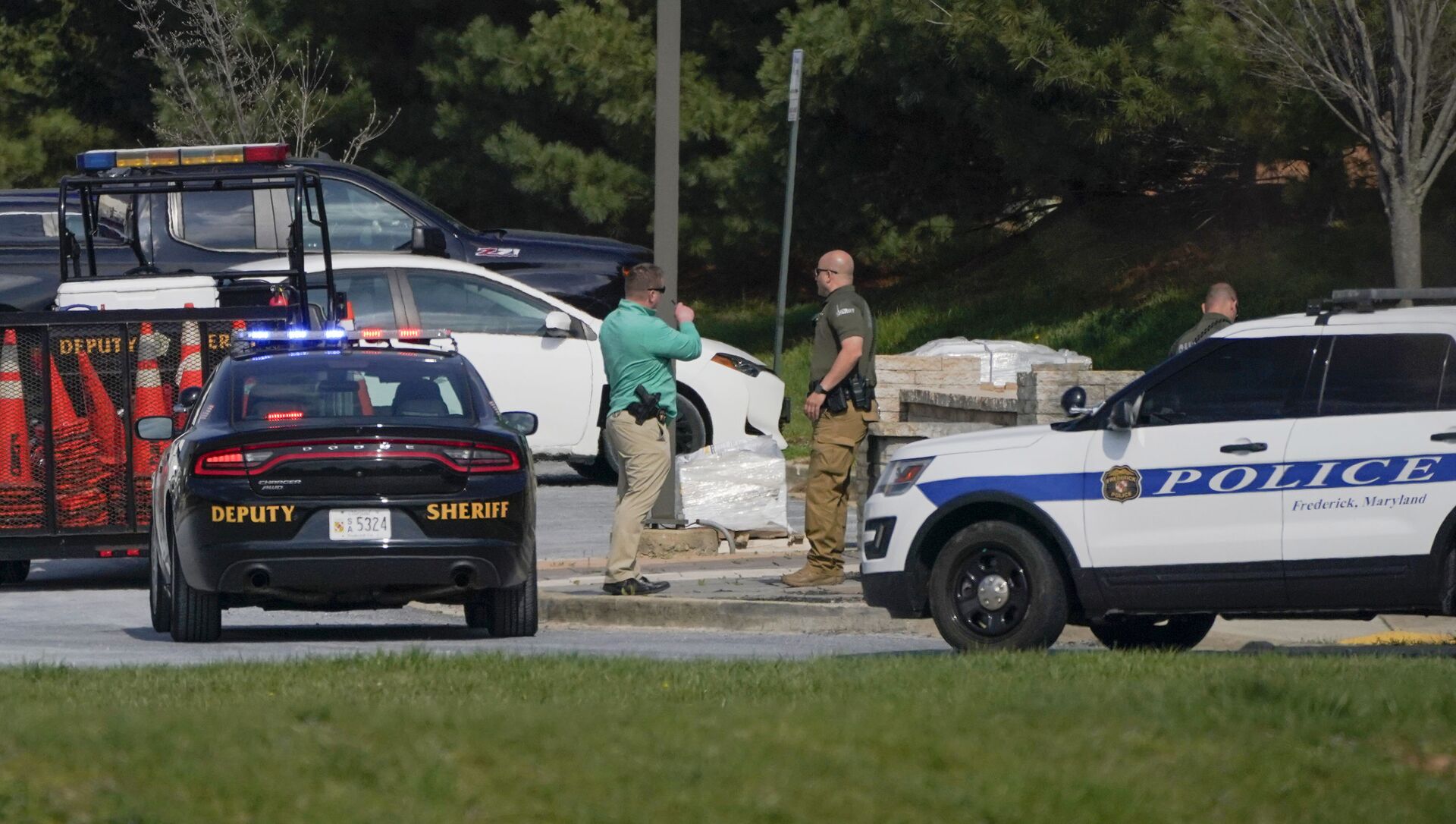 Sofia Chegodaeva
All materialsWrite to the author
Earlier on Tuesday, police said that two people were injured as a result of a shooting incident in the city of Frederick in western Maryland, US, police said, adding that one suspect was down.

The US Navy has confirmed that an "active shooter incident" at Fort Detrick earlier in the day involved sailors.

Frederick Shooting via @LauraGellerTV >> NAVY STATEMENT: The U.S. Navy can confirm there was an active shooter incident at Fort Detrick, MD involving U.S. Navy Sailors. We will continue to update with additional details as the situation evolves @WUSA9 @CBSNews #breaking

According to the latest information, the suspected shooter is dead.

Dan Kennedy, anchor for 13NewsNow, has provided some details about the suspected shooter.

UPDATE: The suspect in the active shooting incident at Fort Detrick was a Navy medic; suspect is dead. We'll have the latest on @13newsnow at noon.

​The two people who were shot had "life-threatening" injuries, Allen Etzler, spokesman for the Police Department, said, as quoted by the New York Times. He added that it was not clear yet who killed the suspect. The names and ages of the victims and the suspect were not immediately disclosed, the spokesman said.

This comes after earlier in the day, police in Maryland said it was responding to an "active shooter" in the 8400 block of Progress Drive in Frederick.