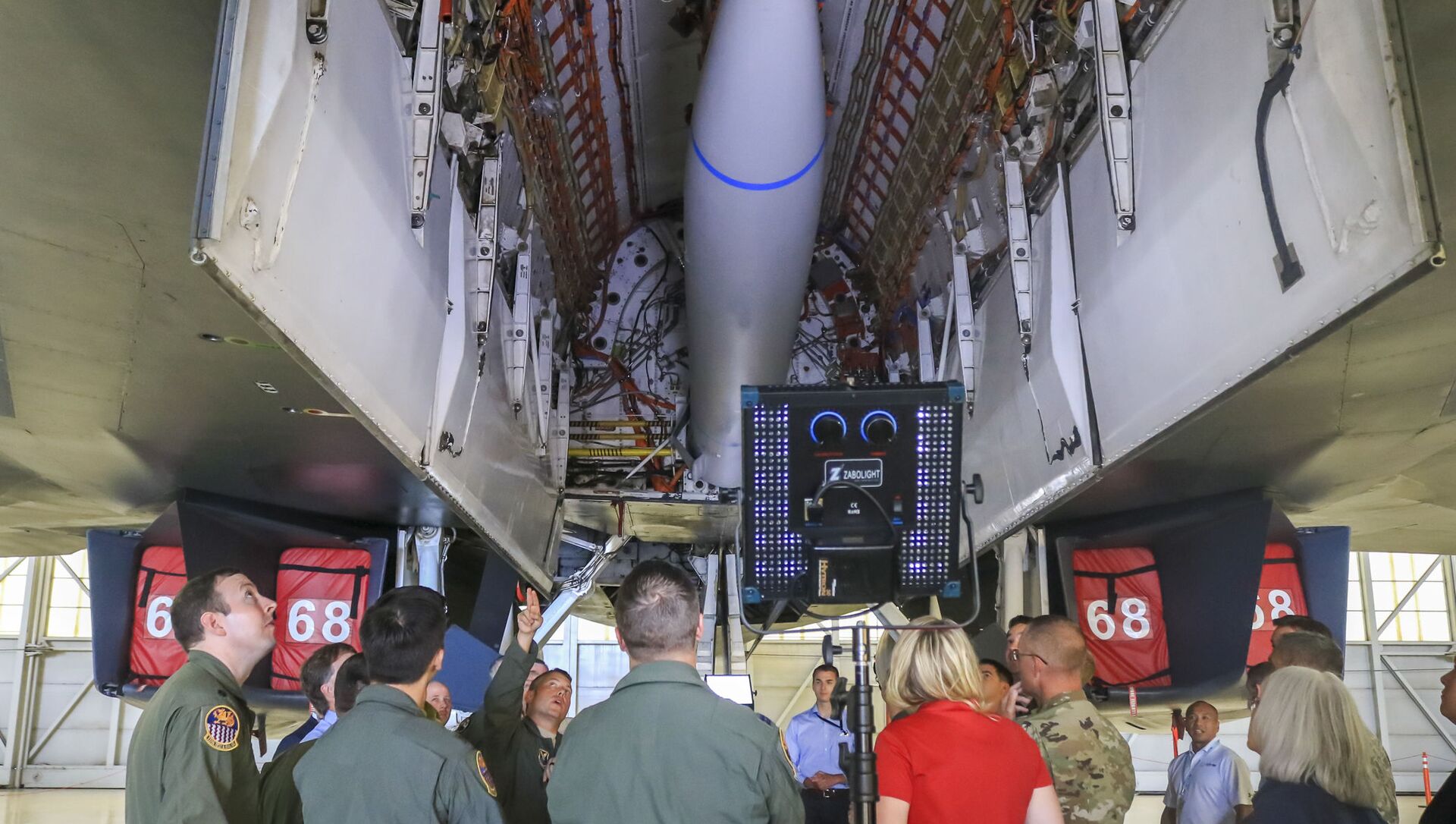 WASHINGTON6 (Sputnik) - A US hypersonic weapon failed to launch due to an issue that occurred during its first booster vehicle flight test on 5 April, the Air Force said on Tuesday.

“The Air Force had a setback in demonstrating its progress in hypersonic weapons on 5 April when its first booster vehicle flight test encountered an issue on the aircraft and did not launch,” the Air Force said in a statement circulated by reporters via Twitter.

"B-52H Stratofortress took off Monday over the Point Mugu Sea Range intending to fire the first booster test vehicle for the AGM-183A Air-launched Rapid Response Weapon (ARRW) program. Instead, the test missile was not able to complete its launch sequence and was safely retained on the aircraft which returned to Edwards AFB," the statement reads.

The test missile was safely retained on a B-52H Stratofortress bomber, which returned to Edwards airbase.