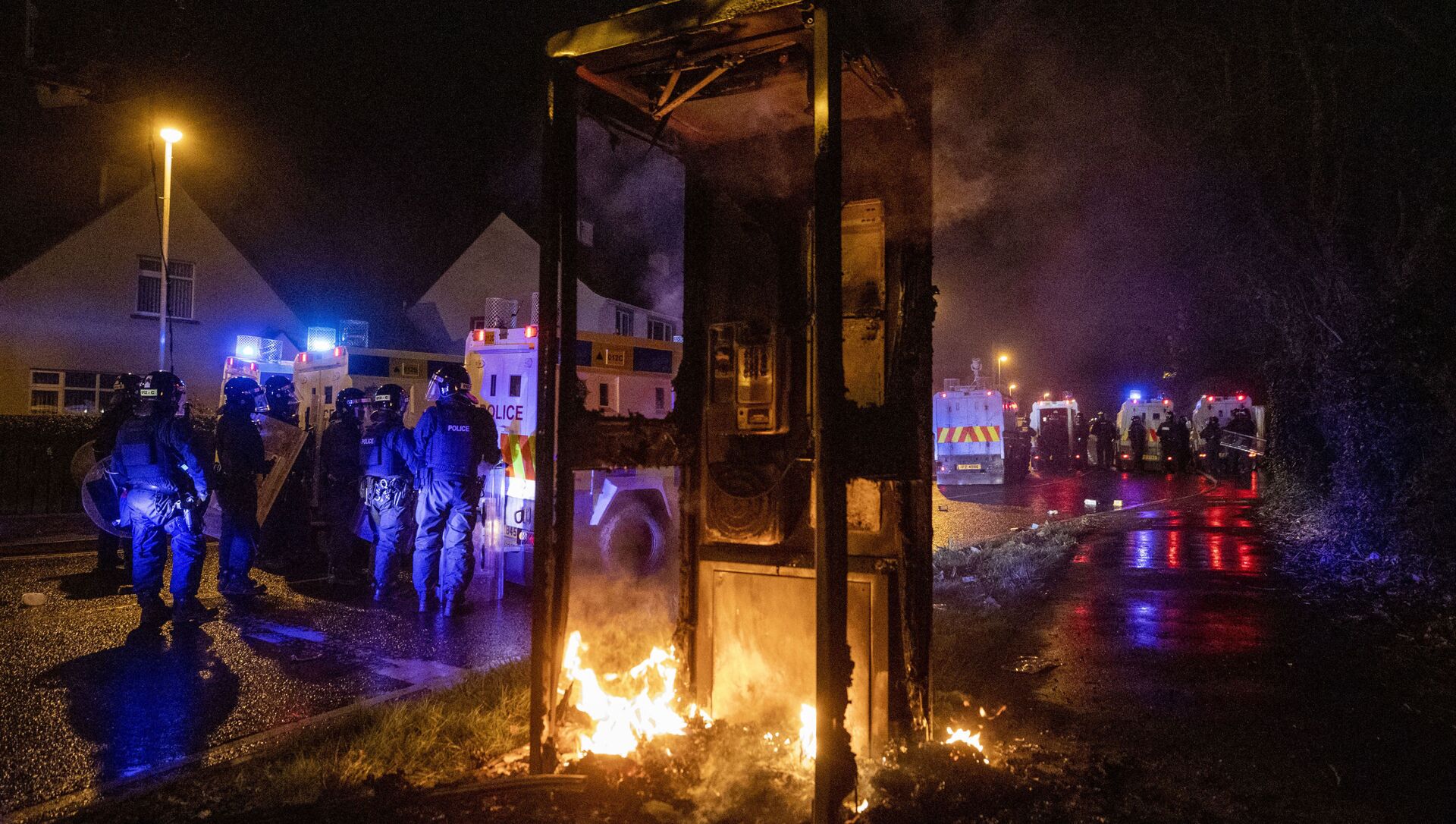 Aleksandra Serebriakova
Moscow-based Sputnik correspondent specializing in foreign affairs.
All materialsWrite to the author
Dozens of Northern Irish police officers were injured over the Easter weekend when loyalists clashed with law enforcement officers due to growing dissatisfaction with post-Brexit arrangements and a decision not to punish politicians from the main opposition Sinn Fein party for flaunting COVID restrictions.

New incidents of violence were reported in Northern Ireland through Monday evening, despite calls for appeasement from local police.

The Guardian reports that new outbreaks of violence were witnessed in Carrickfergus town, near the capital Belfast, while photos show that a car and a digger were set alight in the Waterside area of Derry. 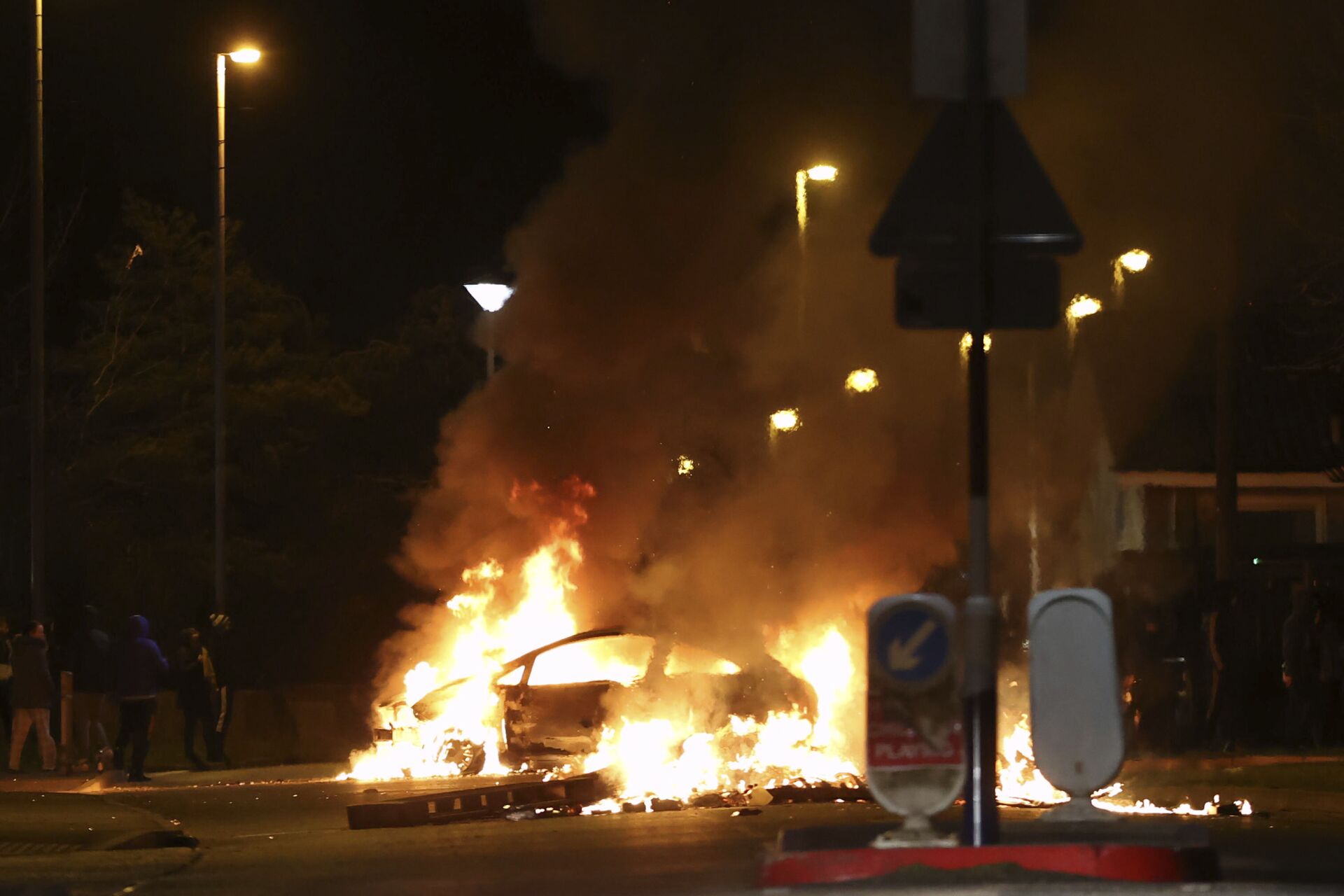 A car burns at Sperrin Park in the Waterside are of Londonderry in Northern Ireland on Monday April 5, 2021
© AP Photo / Liam McBurney 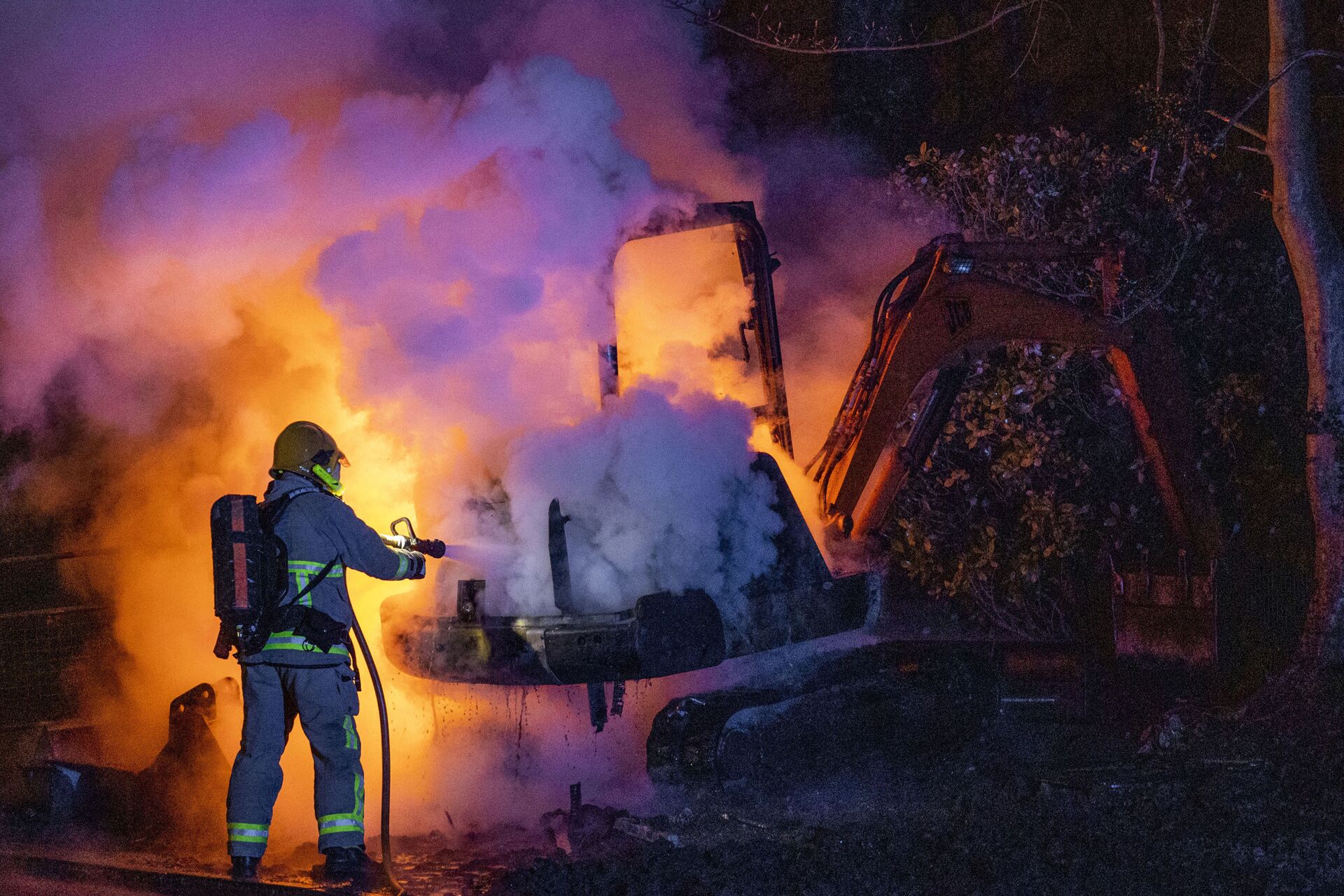 A member of the Northern Ireland Fire and Rescue Service (NIFRS) extinguishes a digger which has been set alight close to the Loyalist Nelson Drive Estate in the Waterside area of Londonderry in Northern Ireland, Monday, April 5, 2021
© AP Photo / Liam McBurney

Both locations have been the scene of violence and unrest among the loyalist communities in recent days pic.twitter.com/smfw8bWn8y

“I believe that there’s a small group of disaffected criminal elements that are clearly involved in influencing young people, and I would appeal to young people in those areas not to allow this to happen,” CH Supt Devy said.

According to police, children as young as 12 have been involved in some of the violent incidents in the last few days, as PSNI signalled on Monday that they were prepared for another night of unrest.

Masked drum-beating loyalist bands were also spotted on Monday as they marched through the cities of Portadown and Markethill, prompting condemnation from Sinn Fein politician John O’Dowd, who saw this as an attempt to “intimidate families out of their homes”.

“Irresponsible and dangerous sabre rattling and reckless rhetoric from Unionist politicians has seen tensions rise right across the community,” the member of the Legislative Assembly wrote on his party’s website.

Just on Sunday, at least five police officers were injured after being attacked with bricks and petrol bombs in Belfast in a third night of violence, which has now spilled from the Easter weekend to Monday. It is estimated that 32 police officers have suffered from injuries since last week after clashing with a loyalist community that has been decrying the Northern Ireland Protocol, part of the Brexit deal.

Ulster unionists believe that the deal has effectively created a border in the Irish Sea, separating Northern Ireland from the rest of the UK with checks on goods travelling from Great Britain. The tensions grew further last week, when 24 Sinn Fein politicians were spared criminal charges after attending a mass funeral despite COVID-19 restrictions still being in place.