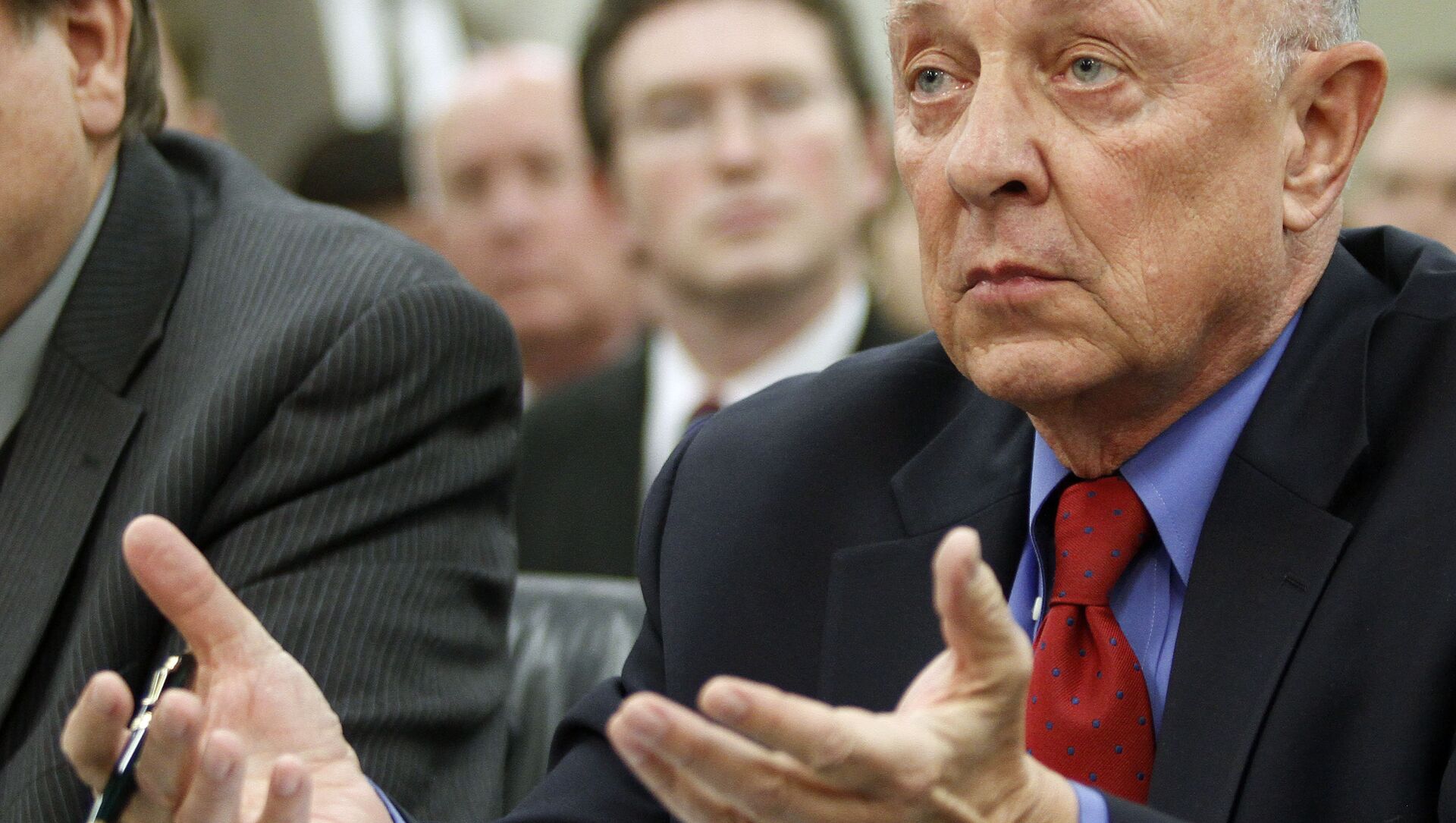 MariTi Blaise Lovell
All materialsWrite to the author
James Woolsey is a former CIA head who served under the administration of US President Bill Clinton from 1993 until 1995. He co-authored a new book released in February named “Operation Dragon: Inside the Kremlin’s Secret War,” in which he alleges Lee Harvey Oswald killed former US President John F. Kennedy on orders from the Kremlin.

During a recent interview with The Black Vault’s YouTube channel, Woolsey spoke of his belief in extraterrestrial life, more so that he hopes mankind can find an “openness to new things,” and can be “friendly” to extraterrestrials if they ever made contact.

“I have been... not in the presence of but I’ve been in conversations with several individuals who have been close to an aircraft performing in an extraordinary fashion, in a fashion that has not yet come to be something people are comfortable to see,” Woolsey remarked on the show.

In the interview, Woolsey recalled a story told to him by “someone I respect” who informed him that their plane was stopped mid-air at 40,000 feet and did not operate as a normal aircraft. When asked what was going on, Woolsey stated that he did not know but that over the years events such as that one usually involved “some kind of aircraft-like airframe.” Woolsey detailed various reports about “very curious behavior” seen in aircrafts by experienced pilots.

Additionally, the former CIA director explained how the possibilities behind the unexplained behavior may be something that is an extraordinary change from mankind’s current perception of reality and pushes a complex set of ideas about what is going on in the cyber world.

“Something is going on that’s surprising to a series of intelligent aircraft experienced pilots and we’ll just have to see what it is,” he said.

In the interview, host John Greenwald Jr, also highlights that other past CIA directors have spoken on their openness to the possibility of alien life forms. During a December 2020 episode of the “Conversations with Tyler” podcast, former CIA director John Brennan said that life is defined in different ways, and that it would be “a bit presumptuous and arrogant for us to believe that there’s no other form of life anywhere in the entire universe.”

This development comes during a time where there has been a rise in UFO sightings that have resulted in requests for more information about extraterrestrial phenomena. Last year, the US Department of Defense released a statement confirming three unclassified US Navy videos recorded between 2004 and 2015 that showed “unidentified aerial phenomena.”

Subsequently, the Pentagon announced the creation of an Unidentified Aerial Phenomena (UAP) Task Force whose mission is to detect, analyze and catalog UAPs that could potentially pose a threat to US national security.

Earlier, under the orders of former US President Donald Trump, the US defense sector was given a 180-day deadline to disclose all information related to unidentified aerial phenomena, including details of any potential threats, and if foreign adversaries are suspected of controlling them. The report is expected to be released before June 1.

Most recently, John Ratcliffe, who previously served as Trump’s director of national intelligence, told Fox News that more sightings have been reported over the past few years than what has been revealed to the public. The former official emphasized that more reports have surfaced amid the COVID-19 lockdown, and that documented encounters are not replicable by current technology, which makes it difficult to explain what they are.