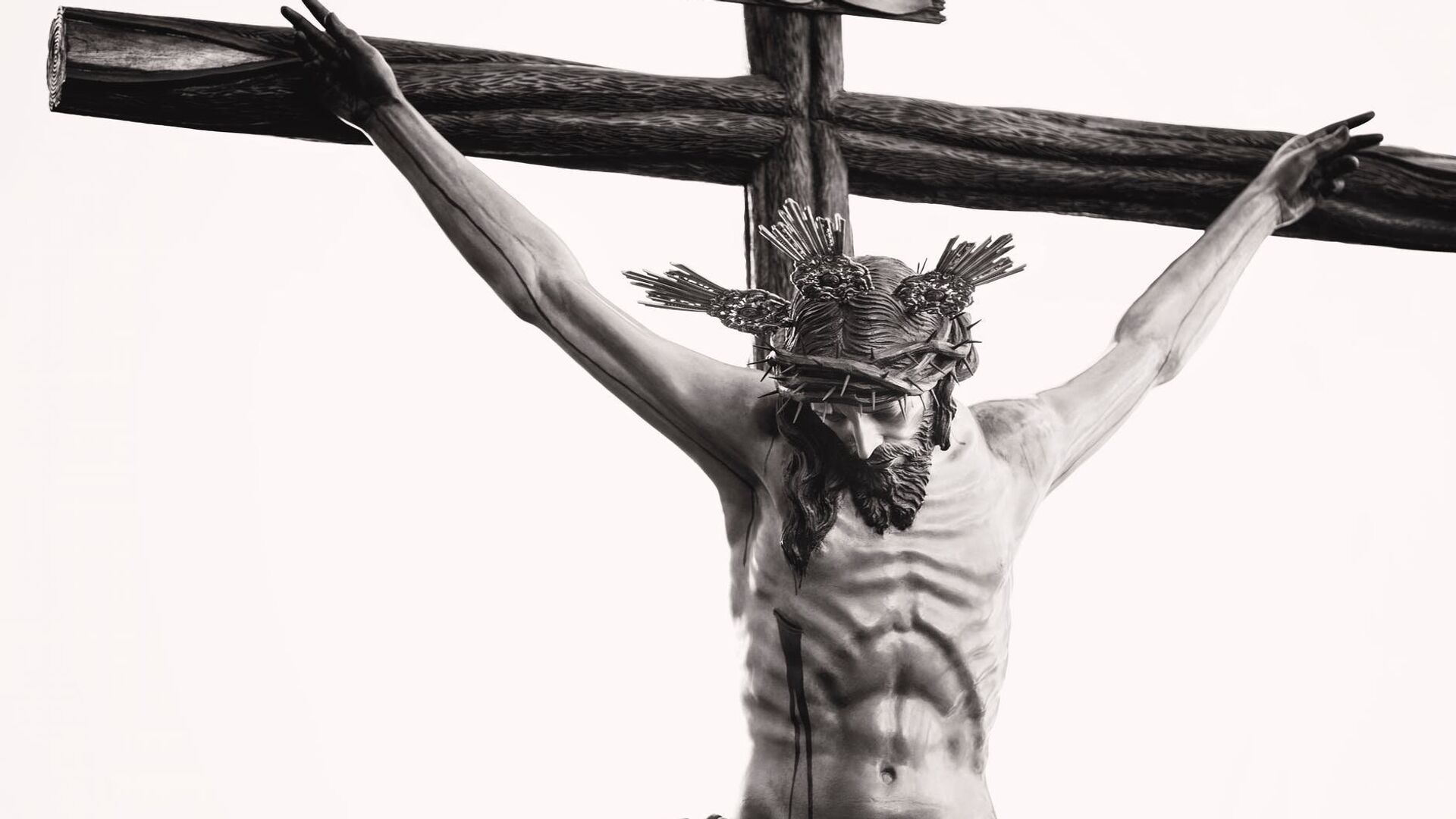 Andrei Dergalin
All materialsWrite to the author
Professor Meyer argued that the inscription in question was left by pilgrims from the western part of Roman Empire who travelled to Jerusalem to visit the "empty tomb of the Lord".

Tom Meyer, a professor of Bible studies at Shasta Bible College, has suggested that an inscription made approximately 1,700 years ago may indicate the spot where Jesus Christ was crucified over two millennia ago, the Sunday Express reports.

As Meyer explained, the inscription in question was originally discovered in the 1970s by archaeologists led by Dr. Magen Broshi, at the Church of the Holy Sepulchre located in the Christian Quarter of the Old City of Jerusalem.

"Even though the area Dr. Broshi was granted access to was extremely limited, about 90 square feet, what he unearthed has underlined the likelihood that the Church of the Holy Sepulchre was indeed the actual place of Jesus's crucifixion," he said. "The greatest discovery made by Dr. Broshi was a drawing of a small Roman sailing ship that dates to the very beginning of the Byzantine Empire, around 330 AD."

Noting that the drawing includes a Latin inscription "Domine Ivimus" ("Lord, we went"), Meyer argued that it was likely made by pilgrims arriving from the "western part of the Roman Empire" to visit "the empty tomb of the Lord".

"But the inscription is also an allusion to a verse in Psalm 122:1 which begins in Latin with 'In domum Domini ibimus' or 'Let us go to the house of the Lord'," he added. "From the small site of only 90 square feet, the stones themselves have cried out that this is the place where early pilgrims came to worship their resurrected saviour, Jesus Christ."