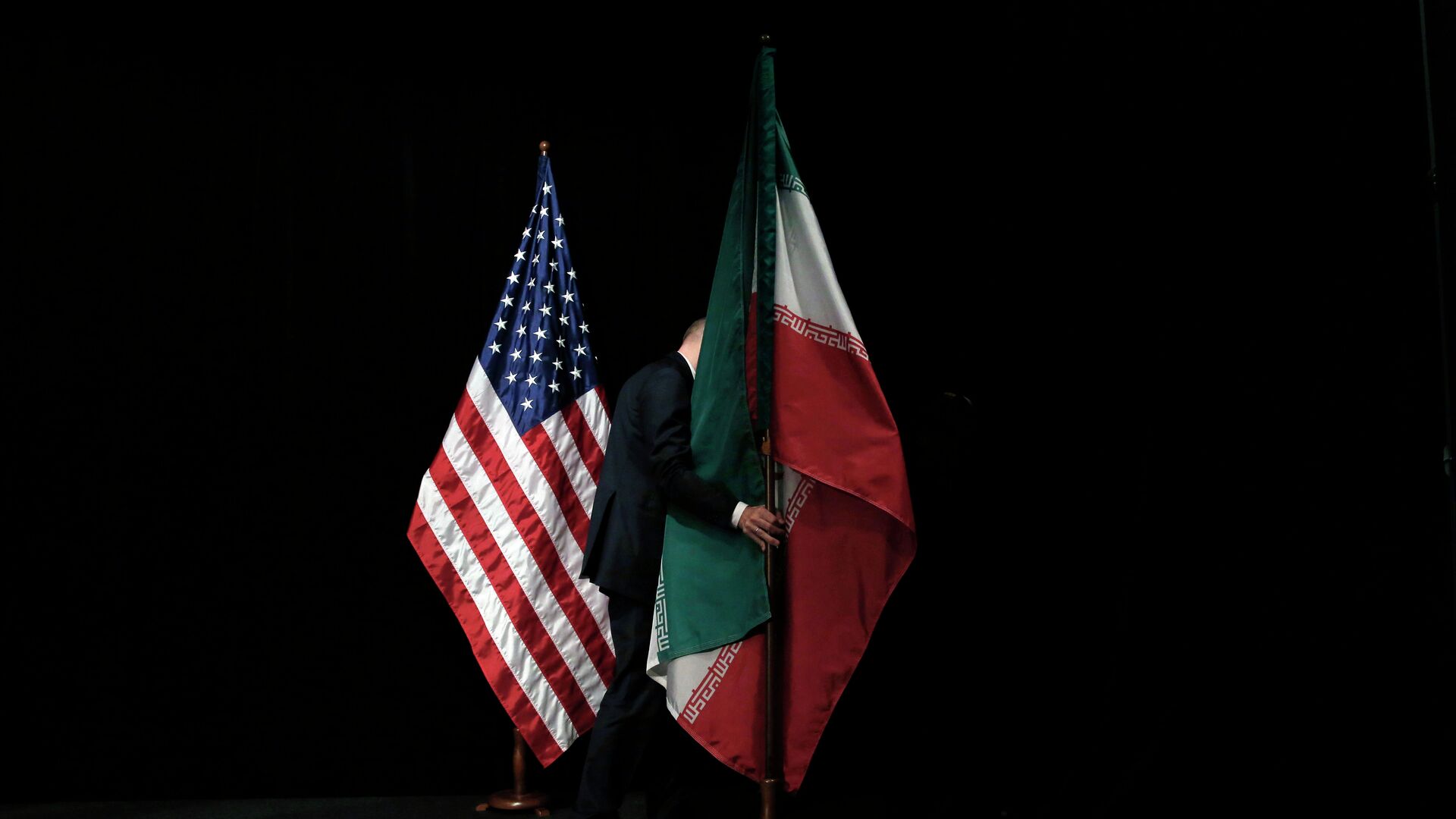 © AP Photo / Carlos Barria
Subscribe
International
India
Africa
Ilya Tsukanov
All materialsWrite to the author
US negotiators will be present in Vienna during Tuesday's meeting of the remaining signatories of the 2015 Joint Comprehensive Plan of Action nuclear deal, but are not expected to be allowed in the room where the meeting takes place, per Iran's request.

The United States is prepared to discuss sanctions relief with Iran on the basis of the terms of the 2015 Iran nuclear deal, State Department spokesman Ned Price has said.

"We certainly will not entertain unilateral gestures or concessions to induce Iran to a better place. Our goal at these talks in Vienna is to set the stage for that mutual return to compliance. The original formulation is one that still holds today -it's the limited lifting of nuclear sanctions in return for permanent and verifiable limits on Iran's nuclear programme," Price said, speaking to reporters in Washington, DC on Monday.

Pressed by AP reporter Matt Lee about whether the US might consider lifting non-nuclear sanctions, Price said he would "leave it to the negotiators to detail the positions."

Commenting on the US's goals at the upcoming Vienna meeting, the spokesman said that Washington expects the talks to focus on "the issues involved in a mutual return to compliance with the JCPOA, mutual meaning on the part of Iran and on the part of the United States. That has long been the proposition on the table."

He added that the US would use the Vienna talks to get a better understanding of how to reach "compliance for compliance", but noted that Washington doesn't "anticipate an early or immediate breakthrough," and expects talks to be "difficult."

"We don't anticipate at present that there will be direct talks with Iran, though of course we remain open to them. So we'll have to see how things go," Price added.

World
Secretary of State Blinken Says Iran Could Be 'Weeks' From Having Material to Build Nuke
The State Department spokesman went on to criticise the Biden administration's predecessor for reducing the "breakout time" hypothetically required for Iran to build a nuclear bomb, saying this period has "dwindled" under Donald Trump from the 12-month timeframe it was at while the JCPOA was in force.

Iran: No 'Step-by-Step' Approach Necessary, 'Only One Step'...by the US

Tehran has rejected the prospect of direct talks with Washington on the nuclear agreement, with its leaders stressing that the Biden administration could resolve the diplomatic spat surrounding the JCPOA in a single day by lifting all sanctions against the Islamic Republic, after which the country would immediately return to its obligations under the nuclear deal.

Iran expects to use the Vienna discussions to reiterate Tehran's conditions for a return to full compliance with the nuclear pact – namely the lifting of US sanctions.

The Trump administration unilaterally abrogated the JCPOA in May 2018. Iran provided the deal's remaining signatories one year to come up with a way to soften the blow of crushing US banking and energy sanctions, and when that failed, began withdrawing from its voluntary commitments under the nuclear deal, increasing uranium enrichment activities from the 3.67 percent purity outlined in the agreement to about 20 percent by January 2021.

World
JCPOA: Moscow Ready to Facilitate Iran-US Contacts 'Where It Is Necessary', Russian Envoy Says
At the same time, the country maintains that it has no intention of build a nuclear bomb, with a fatwa (iron-clad religious ruling) by Supreme Leader Ali Khamenei banning the pursuit of such weapons.

Earlier on Monday, Mikhail Ulyanov, Russia's permanent representative to international organisations in Vienna, told Sputnik that Moscow was prepared to facilitate indirect contacts between Iran and the US at the upcoming talks.