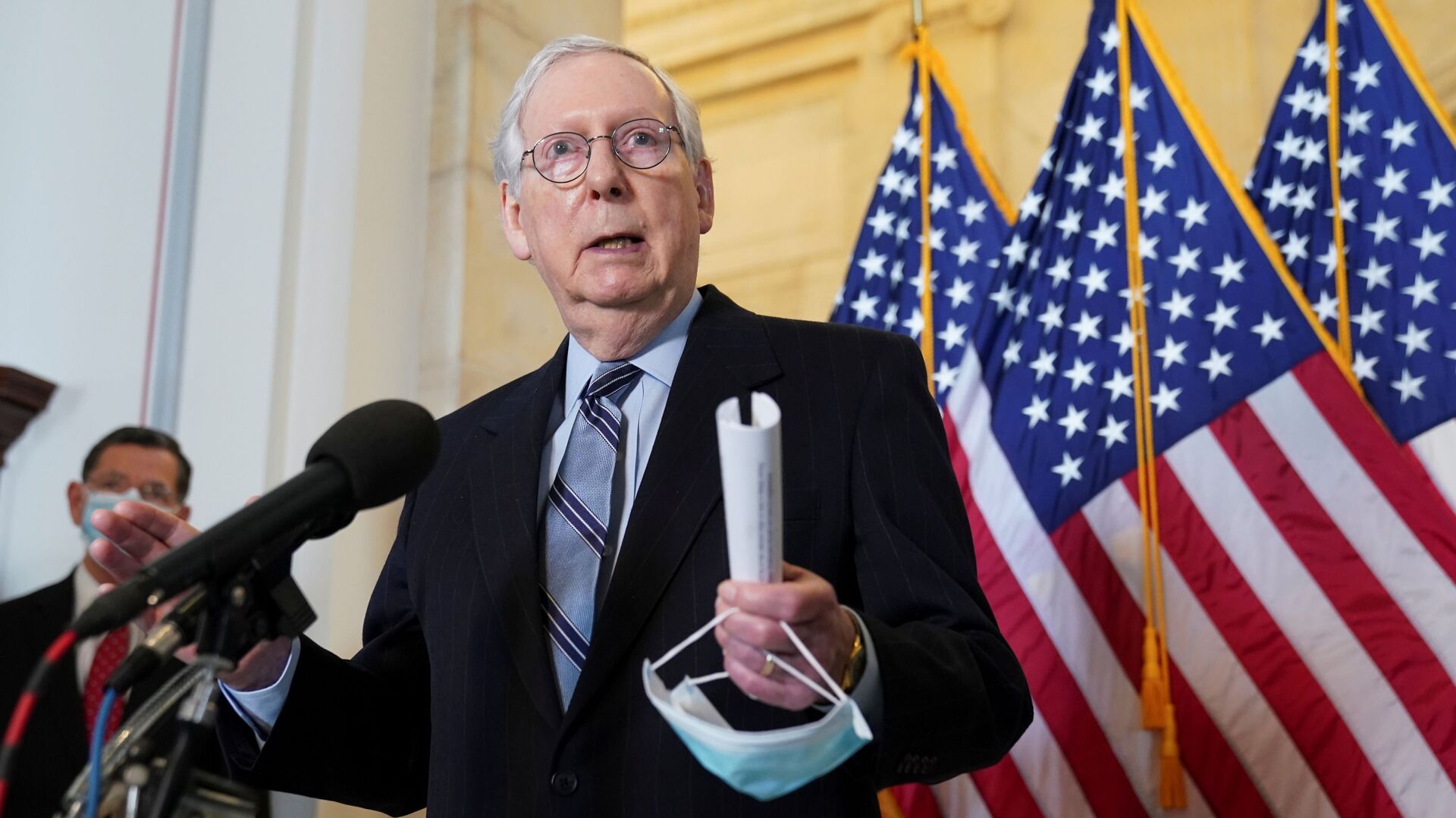 Evan Craighead
All materialsWrite to the author
Major League Baseball (MLB) Commissioner Rob Manfred drew criticism after announcing last week that the league "fundamentally supports voting rights" and will relocate the 2021 All-Star Game from Atlanta, Georgia, due to the state's passage of S.B. 202. Critics included former US President Donald Trump, who encouraged others to boycott MLB.

In a Monday memo, US Senate Minority Leader Mitch McConnell (R-KY) made loose reference to the recent MLB decision by proclaiming the US' "private sector must stop taking cues from the Outrage-Industrial Complex" engineered by "powerful and wealthy people."

He went on to assert "[p]lenty of Democrat-run states allow fewer days of early voting than the new Georgia law requires."

According to McConnell, Democrats, including US President Joe Biden, are weaponizing US history in reference to S.B. 202. The bill, in part, calls for added ID requirements and shorter runoff election periods. It also bars non-poll workers from giving food or drink - including water - to those waiting in voting lines.

"The President has claimed repeatedly that state-level debates over voting procedures are worse than Jim Crow or ‘Jim Crow on steroids,’" the Senate Minority Leader wrote.

McConnell's statement comes a week after the Georgia chapter of the National Association for the Advancement of Colored People (NAACP) filed a complaint against Georgia Secretary of State Brad Raffensperger and state election officials, arguing the new voting reform legislation is part of "a concerted effort to suppress the participation of Black voters." The complaint claims policies included in S.B. 202 violate the First, Fourteenth and Fifteenth Amendments, as well as Section 2 of the Voting Rights Act.

Furthermore, Biden and Sen. Raphael Warnock (D-GA), the first black US senator to represent Georgia, have both referred to S.B. 202 as a modern-day form of Jim Crow laws -- which impeded non-white voter registration and participation in US elections of the late 19th and 20th centuries.

"Nobody really thinks this current dispute comes anywhere near the horrific racist brutality of segregation," McConnell claimed on Monday. "But there’s an old cynical saying that ‘history is just the set of lies agreed upon.’ And a host of powerful people and institutions apparently think they stand to benefit from parroting this big lie".

The Senate Minority Leader warned that corporations acting as a "woke parallel government" risk falling victim to "serious consequences if they become a vehicle for far-left mobs to hijack our country from outside the constitutional order."

Though former US President Barack Obama applauded the MLB for "taking a stand on behalf of voting rights for all citizens," Trump notably urged Americans to boycott the MLB and other "woke" businesses.

"Boycott baseball and all of the woke companies that are interfering with Free and Fair Elections. Are you listening Coke, Delta, and all!" 45 wrote.