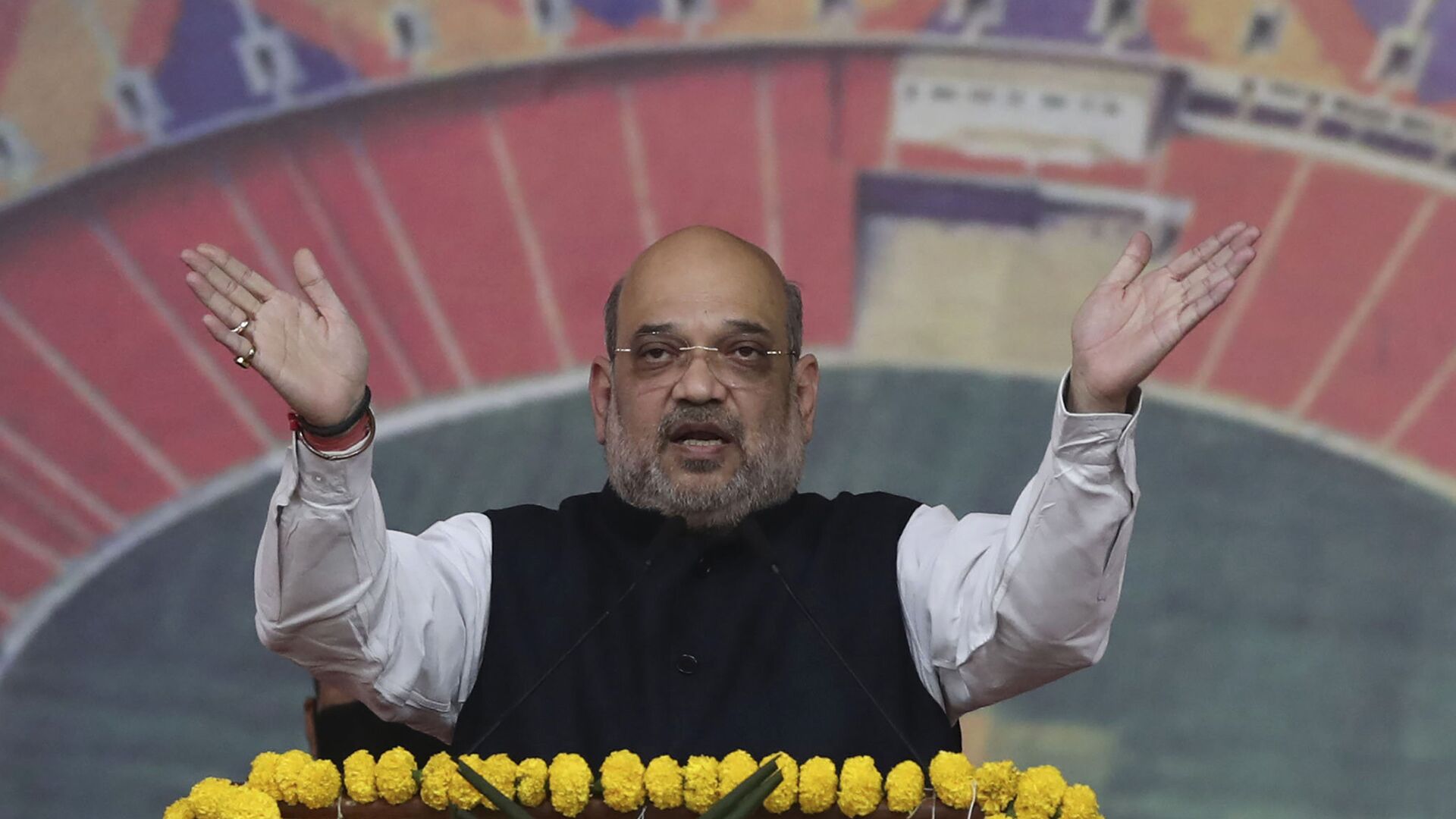 Radhika Parashar
All materialsWrite to the author
The past weekend turned out to be a difficult one for the Indian state of Chhattisgarh after a violent clash between Indian soldiers and Maoists resulted in the deaths of around 50 people in total, including both soldiers and Naxals. The deadly encounter on 3 April broke out in a jungle where Indian troops had launched an anti-Naxal operation.

As Indian Home Minister Amit Shah is set to visit the site of a clash between the Indian Army and the Naxals along the border between the Bijapur and Sukma districts in the state of Chhattisgarh, drone footage from the jungle has revealed that the Maoists took the dead bodies of their people deep into the forest on tractor-trolleys.

The Naxals are a group that supports Maoism and can be traced back to the 1967 split of the Communist Party of India.

Politicians Condemn Naxal Massacre in Chattisgarh Which Leaves 22 Indian Soldiers Dead
While the exact number of Naxals killed in the encounter remains unclear, senior officiers from the Central Reserve Police Force (CRPF) estimate between 12-20 deaths. The footage captured by a Heron drone showed the Maoists using two tractor trolleys to carry their people into the forest, the Hindustan Times reported on Monday.

The Maoists hide out in the forests and are known for using guerrilla warfare to fight and target security forces and government officials.

Meanwhile, Home Minister Shah is currently travelling to the site of the encounter in Chhattisgarh to meet with security personnel. Shah will also be attending a wreath-laying ceremony to pay respects to the personnel killed in the are of Jagdalpur.

On 4 April, Shah condemned the killing of 22 Indian soldiers in the Naxal attack, while reiterating that the fight with the enemies will go on.

I bow to the sacrifices of our brave security personnel martyred while fighting Maoists in Chhattisgarh. Nation will never forget their valour. My condolences are with their families. We will continue our fight against these enemies of peace & progress. May injured recover soon.

​Shah will also be visiting injured soldiers at a hospital in Chhattisgarh's capital Raipur later in the day.

This encounter between Indian troops and the Maoists is one of the deadliest incidents observed in Chhatishgarh in recent years.

The government's anti-Naxal operation in the forests of Chhattisgarh was launched in five locations – Tarrem, Usoor and Pamed in Bijapur, and Minpa and Narsapuram in Sukma. it involved a total of 2,000 personnel from the CRPF, its elite COBRA (Commando Battalion for Resolute Action) unit, the District Reserve Guard, and the Special Task Force.

The Naxals tracked the Indian troops and ambushed them in the forest. While 22 soldiers have been reported dead in the last two days, some are still missing.

22 jawans lost their life fighting for us 😢
We will always be indebted to these brave sons 🤲pic.twitter.com/muU6bxMNxS