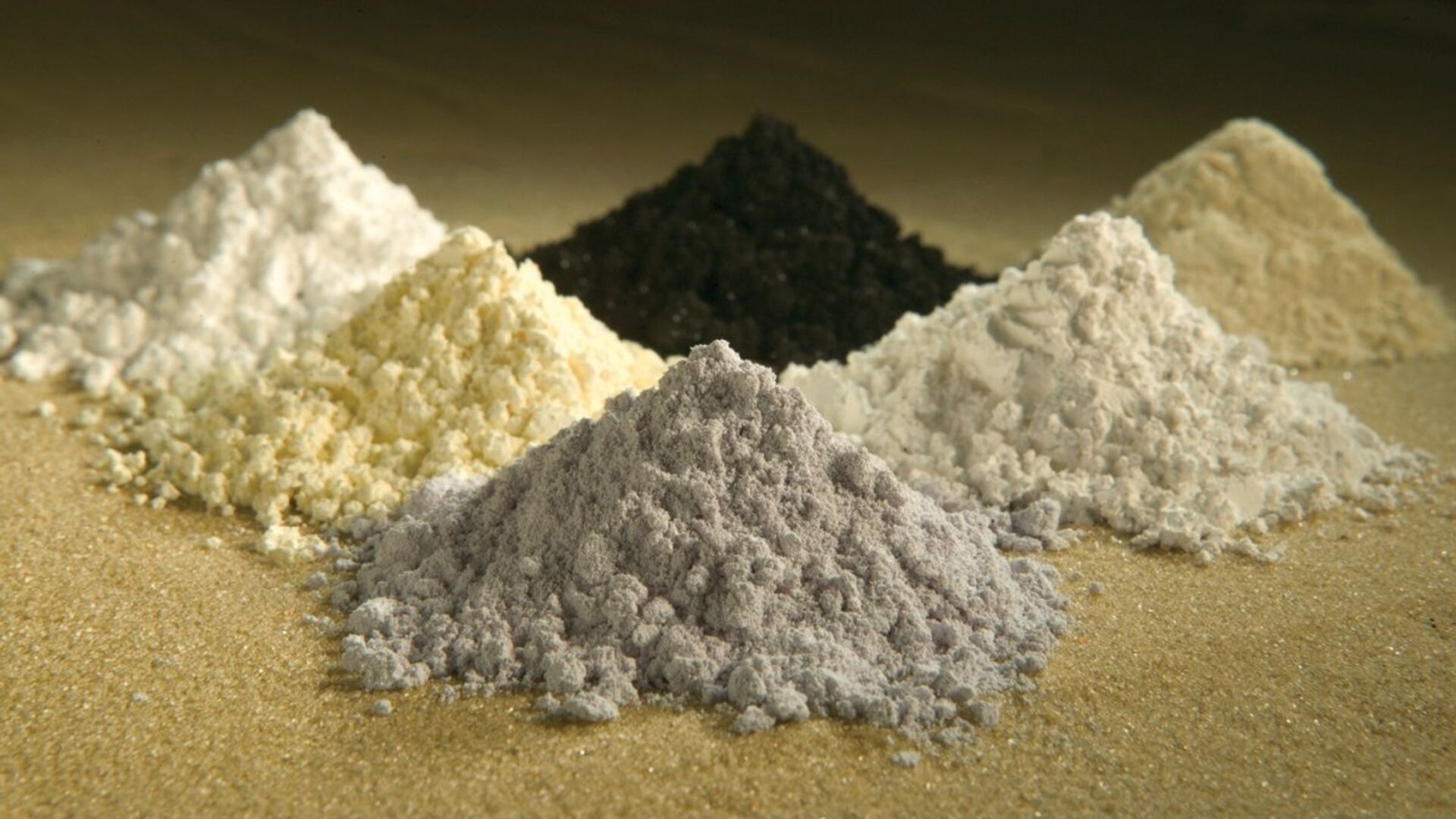 Svetlana Ekimenko
All materialsWrite to the author
The hi-tech trappings of the global world are driving a growing demand for rare earth metals, as they are used in things like batteries, smartphones, hybrid vehicles, and wind turbines. With the lucrative market estimated by Global Market Insights to be worth around $20 billion by 2024, China holds about 45 million tonnes of reserves.

Amid an increasingly competitive global race to secure rare earth elements that are crucial for producing everything ranging from fighter jets and wind turbines to electric cars and smartphones, experts have warned that reliance on China could be increasingly detrimental to UK security, reported The Times.

China accounts for over 95 percent of the world's production of rare earths, with security agencies raising concerns that amid increased rivalry for the scarce natural resources, Beijing might use the clout it wields in the industry as successful leverage in disputes.

Each US F-35 multirole fighter requires 424 kgs of rare earth elements. Learn what the US and other economies are doing to reduce their reliance on imports of rare earths from China: https://t.co/bcvkmpHZ3a pic.twitter.com/pt9otOu2pJ

"The risk is that China uses its position in the supply chain to put pressure on other economies, and that the UK doesn't have any reliable alternatives", Chris Williams, managing director of UK Seabed Resources, was cited as saying.

A majority of rare earth elements, also dubbed "industrial gold" due to their diverse applications in the defence and technology industries, are relatively plentiful in Earth's crust.

However, it is the process of mining the group of 17 metals that form under the Earth's surface and transforming them into usable materials that is expensive.

Rare earths, including cerium, neodymium, terbium, and erbium, are difficult to mine because they aren't found in large quantities or veins like other minerals such as gold.

Rare earth metals, also known simply as “rare earths”, are one such group of raw materials. From this group of 17 minerals, many R found in a range of technologies, from our smartphones & laptops to electric vehicles and wind turbines. pic.twitter.com/VfY15aYJaW

​Rare earth elements used by UK industries have been processed in China, say experts, as they underscore how vulnerable this renders both the nation's security supply chains and the economy overall.

In its integrated review of Britain's foreign and defence policy, published on 16 March, reliance on rare earths was singled out as a security concern, with emphasis made on the critical importance of diversifying supplies to "keep trade in critical goods open in times of crisis".

To boost its independence regarding supplies of rare earth minerals, the UK government is financing a deep-sea mining project in the Pacific.

Operated by UK Seabed Resources, a subsidiary of the US defence company Lockheed Martin's British division, the project aims to study the potential for harvesting mineral-rich polymetallic nodules.

UK Seabed Resources, an English subsidiary of the US defence giant Lockheed Martin, has secured exploration rights to a seabed area larger than the entire UK
UK and 7 States licensed for seabed mining understand they won’t do without oceanic minerals. What about all the rest? pic.twitter.com/CDT55qH6kf

​Found around 4 kilometres beneath the surface of the ocean floor, they can provide millions of tonnes of copper, nickel, cobalt, and manganese and rare earth minerals that are used in the construction, aerospace, alternative energy, and communications industries.

"New engineering is required in every area of the value chain. The mechanics of lifting nodules off the sea floor, the locomotion system, the sensors and command-and-control suite, and the auxiliary ROVs that will be monitoring those activities and providing support", Christopher Williams, MD of UK Seabed Resources, was quoted as saying in 2019.

Since reserves of mineral deposits were found in sediment at the bottom of the Pacific, similar projects are being carried out by countries such as China, Japan, South Korea, Belgium, Germany, and France.

As the UK published its integrated review of post-Brexit foreign policy, defence and security, "Global Britain in a Competitive Age", it laid out the government's vision for the nation's role on the global scene over the next decade. It was underscored that as the country seeks to showcase its offensive and defensive capabilities, investment is increasingly to be channeled towards artificial intelligence and a "space command" to ward off emerging threats.

The rare earths market is an increasingly lucrative one, with estimates by Global Market Insights forecasting it will be worth a massive $20 billion by 2024.

In 2020, Chinese mines produced 110,000 tonnes of rare earths, which is more than 55 percent of total global mining output, according to David Merriman, an expert on rare earths at Roskill.

Rare earths are used as magnets for speakers and hard drives in mobile phones, televisions, and computers.
Each Apple iPhone relies on multiple rare earth elements. For example, neodymium is used to make the tiny, yet powerful, magnets that allow iPhone speakers to function. 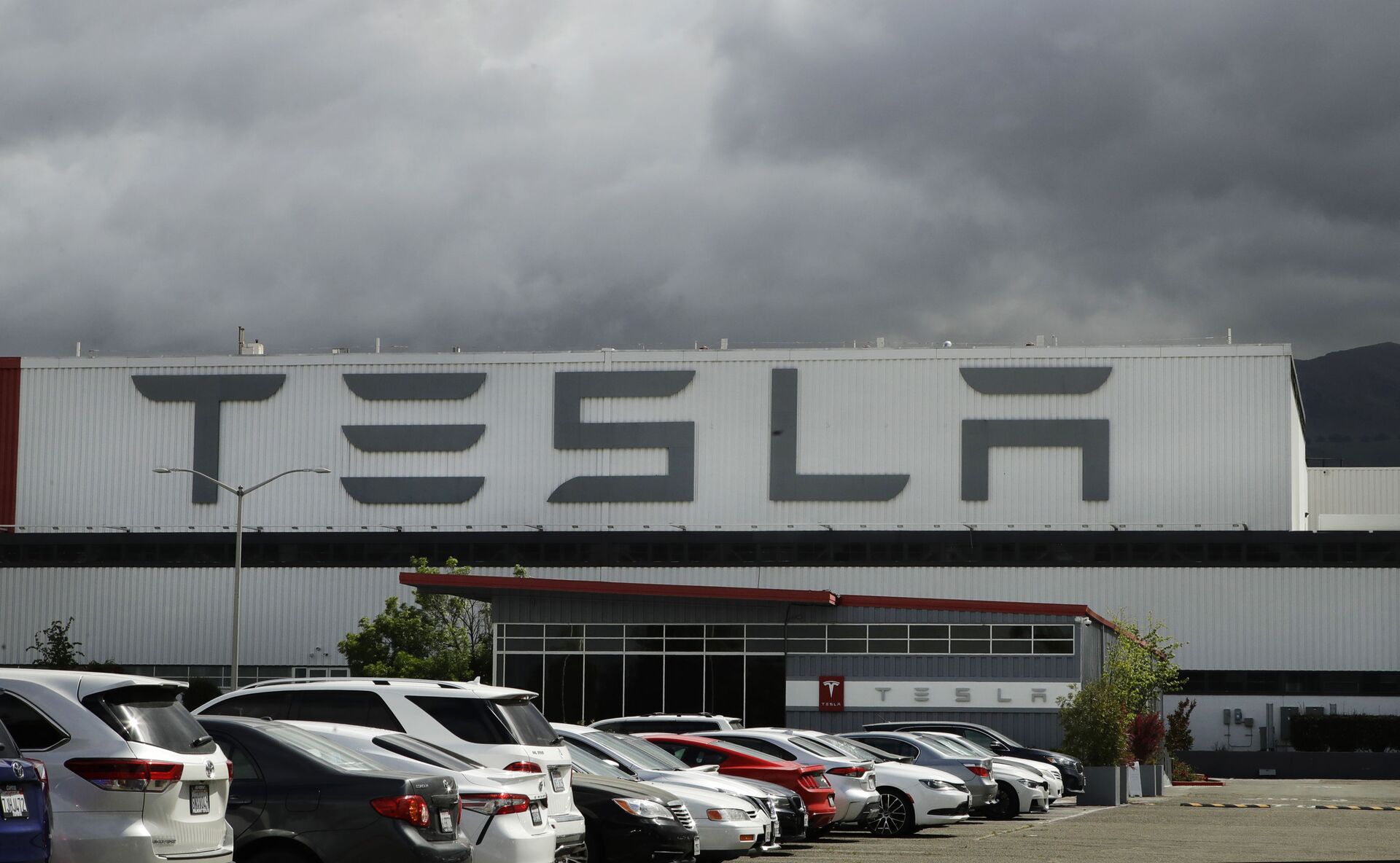 This May 12, 2020 file photo photo shows the Tesla plant in Fremont, Calif. Tesla is looking to raise up to $5 billion in capital through a stock offering as the electrical vehicle and solar panel maker seeks to take advantage of strong demand for its products.
© AP Photo / Ben Margot

The motors of more than 90 percent of hybrid and electric vehicles, such as those produced by Ford and Tesla, use rare earth magnets in their motor and braking systems.