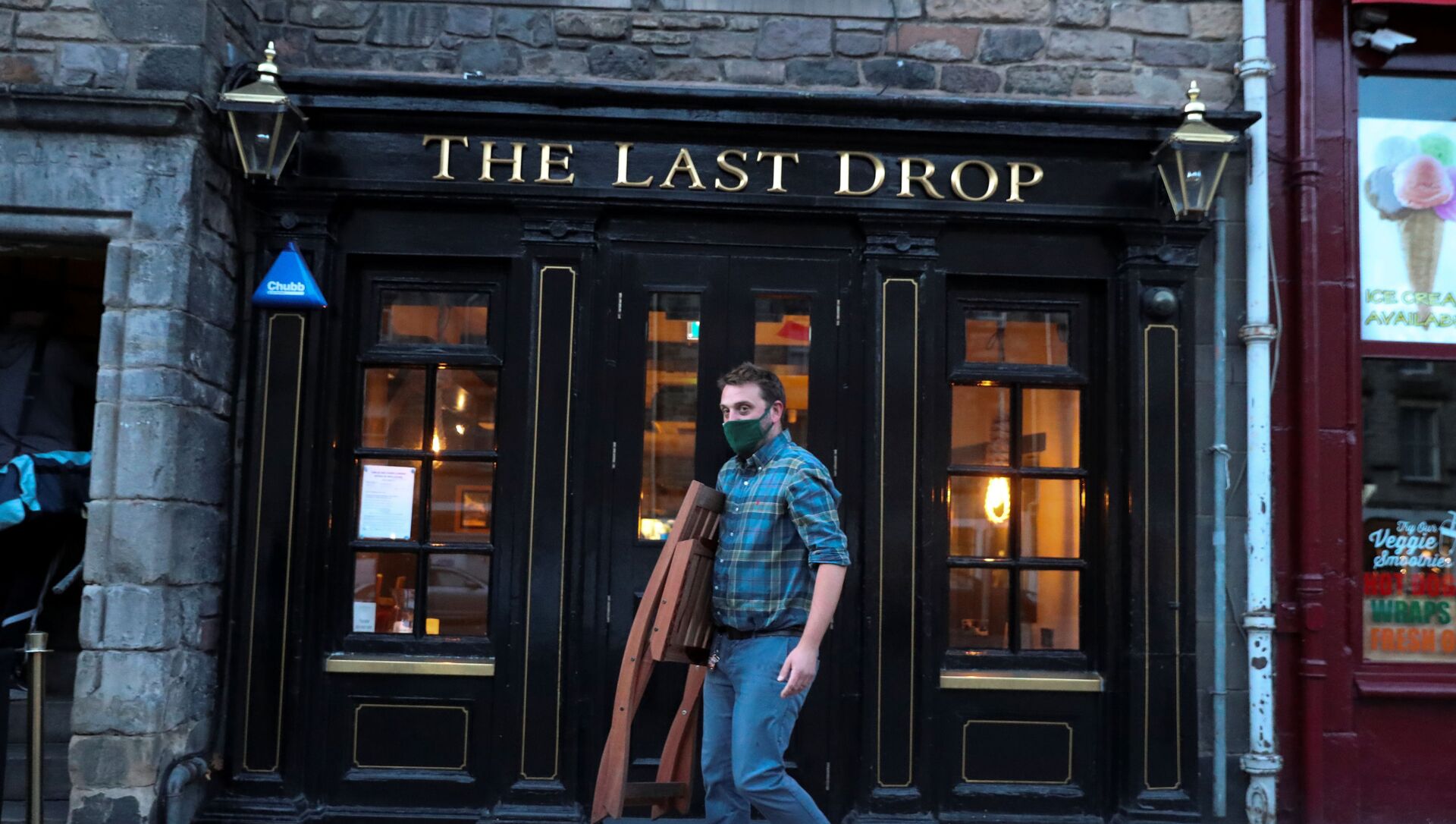 Svetlana Ekimenko
All materialsWrite to the author
As strict COVID-19 lockdown measures in the UK began to be eased on 29 March in line with a government ‘roadmap out of lockdown’, Whitehall officials have planned a series of trial events over the coming months in an effort to allow venues such as football stadiums and nightclubs to re-open without the need for social distancing.

After strict lockdown measures in England began to be eased on 29 March, Prime Minister Boris Johnson is expected to provide further details at a Monday press conference on the controversial vaccine passports, reported The Sunday Times.

The UK is currently taking its first ‘baby steps’ out of the pandemic-induced lockdown after a lifting of the “stay at home” order to allow groups of six people or as two households to meet outdoors, and amateur outdoor sports to resume. 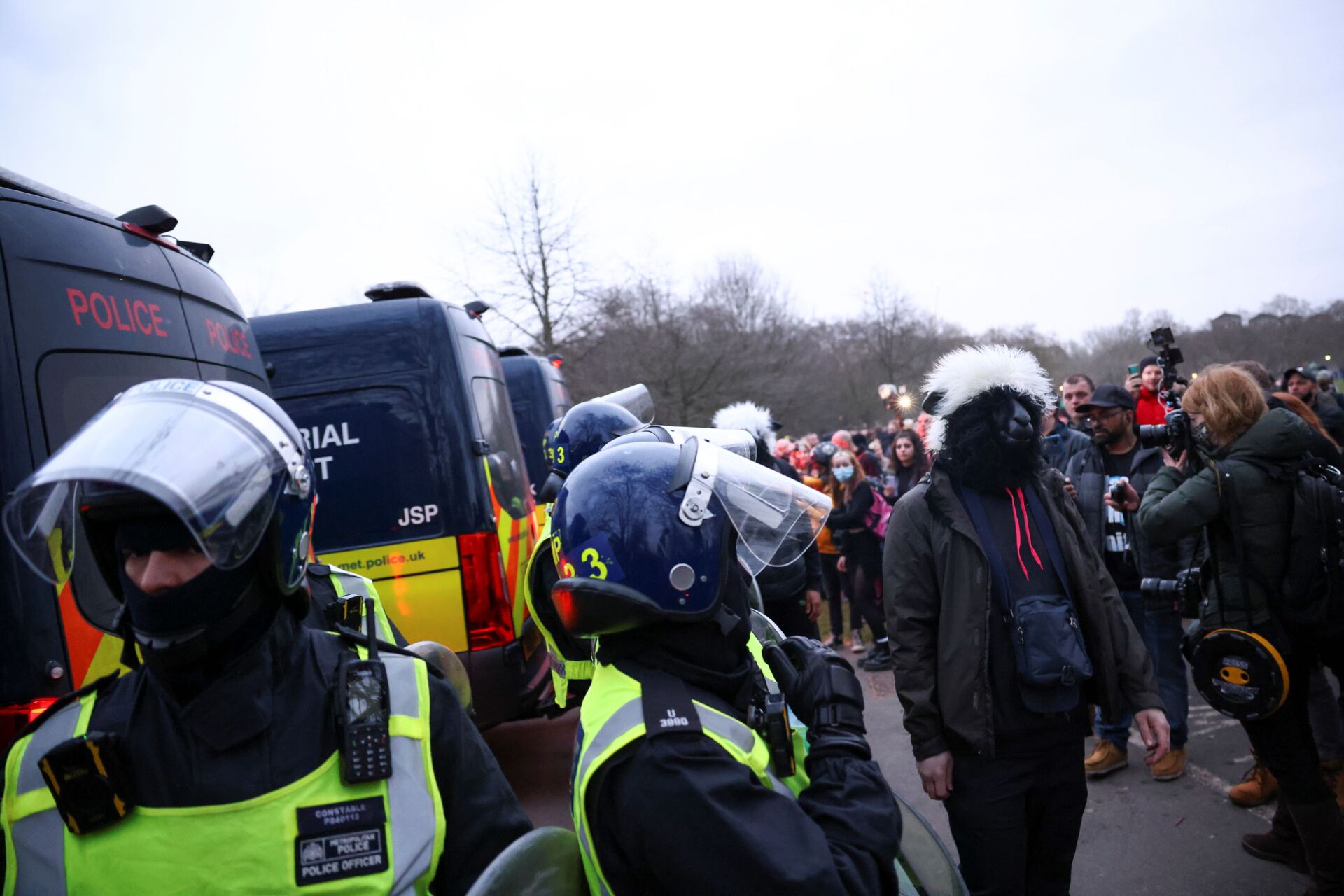 A person wearing a mask stands near police officers during a protest against the lockdown, amid the spread of the coronavirus disease (COVID-19), in London, Britain March 20, 2021
© REUTERS / HENRY NICHOLLS

Pub-goers, accordingly, are looking forward to when outdoor hospitality can reopen on 12 April as planned, in line with the ‘road map out of lockdown’ that was announced by Downing Street in late February.

Boris Johnson is reportedly set to announce that to gain access to theatres, cinemas, sports and music events after 21 June, citizens will require a new NHS app on their smartphones that records people’s vaccine status.

A series of trial events over the coming months are to test the proposed vaccine app, to allow venues such as football grounds and nightclubs to reopen without social distancing.

Ahead of a detailed unveiling of the proposed scheme on Monday, the prime minister vowed the government was doing “everything we can” to enable the return of mass events.

Digital and non-digital options will reportedly be used, and in the absence of a smartphone, holders will be provided with a paper alternative. The latter will also be given to people with medical exemptions, as officials are said to be working on the issue with clinical and ethical experts.

The app will confirm that the holder has had a COVID-19 inoculation, a recent negative test, or possesses “natural immunity” after having tested positive in the previous six months.

However, after an outcry by rebel MPs over the proposed move, bars and restaurants will not be included.

“Pubs, restaurants and non-essential retail won’t be required to introduce certification,” a source was cited as saying.

Whitehall officials have opted to refrain from using jab passports in shops, on public transport or in other public services.

As pub gardens are due to open on 12 April, with indoor bars and restaurants throwing open their doors on 17 May, ministers will be consulting the hospitality industry on the details of how those venues will operate.
Boris Johnson earlier expressed confidence his roadmap out of coronavirus lockdown was on track, as he addressed the Conservatives’ virtual spring forum:

“I can see absolutely nothing in the data to dissuade me from continuing along our roadmap to freedom, unlocking our economy and getting back to the life we love.”

The PM joked about looking forward to “going to drink a pint of beer in the pub.”

​The first trial of the jab app is to take place on 16 April at the Hot Water Comedy Club in Liverpool.
The pilot testing is set to culminate on 15 May with the Football Association Challenge Cup, more commonly known as the FA Cup, Final at Wembley.

“We are doing everything we can to enable the reopening of our country so people can return to the events, travel and other things they love as safely as possible, and these reviews will play an important role in allowing this to happen,” said Johnson.

After the easing of restrictions on 12 April, the following stage, set for 17 May, would allow stadiums to open with a 25 percent capacity limit, up to a maximum of 10,000 spectators.

After that, all restrictions on social contact are hoped to be lifted on 21 June.

The mulled vaccine certificate plan, which is to be in place for a year, has left many MPs denouncing the move as undermining personal freedom.

Over 40 Tory MPs have objections to the plan, indicating it might struggle to get through parliament, with Labour leader Sir Keir Starmer suggesting his party could refuse to back jab passports.

Starmer was quoted as saying last week that “if we get the virus properly under control, the death rates are near zero, hospital admissions very, very low, that the British instinct in those circumstances will be against vaccine passports”.

Johnson will also reportedly be outlining foreign travel guidelines on Monday, with destinations ‘tiered’ as red, amber or green.

While all travellers going to the three destination tiers will need a negative COVID-19 test before boarding a plane, ‘green’ countries will be those with good vaccination rates and a low incidence of coronavirus variants. 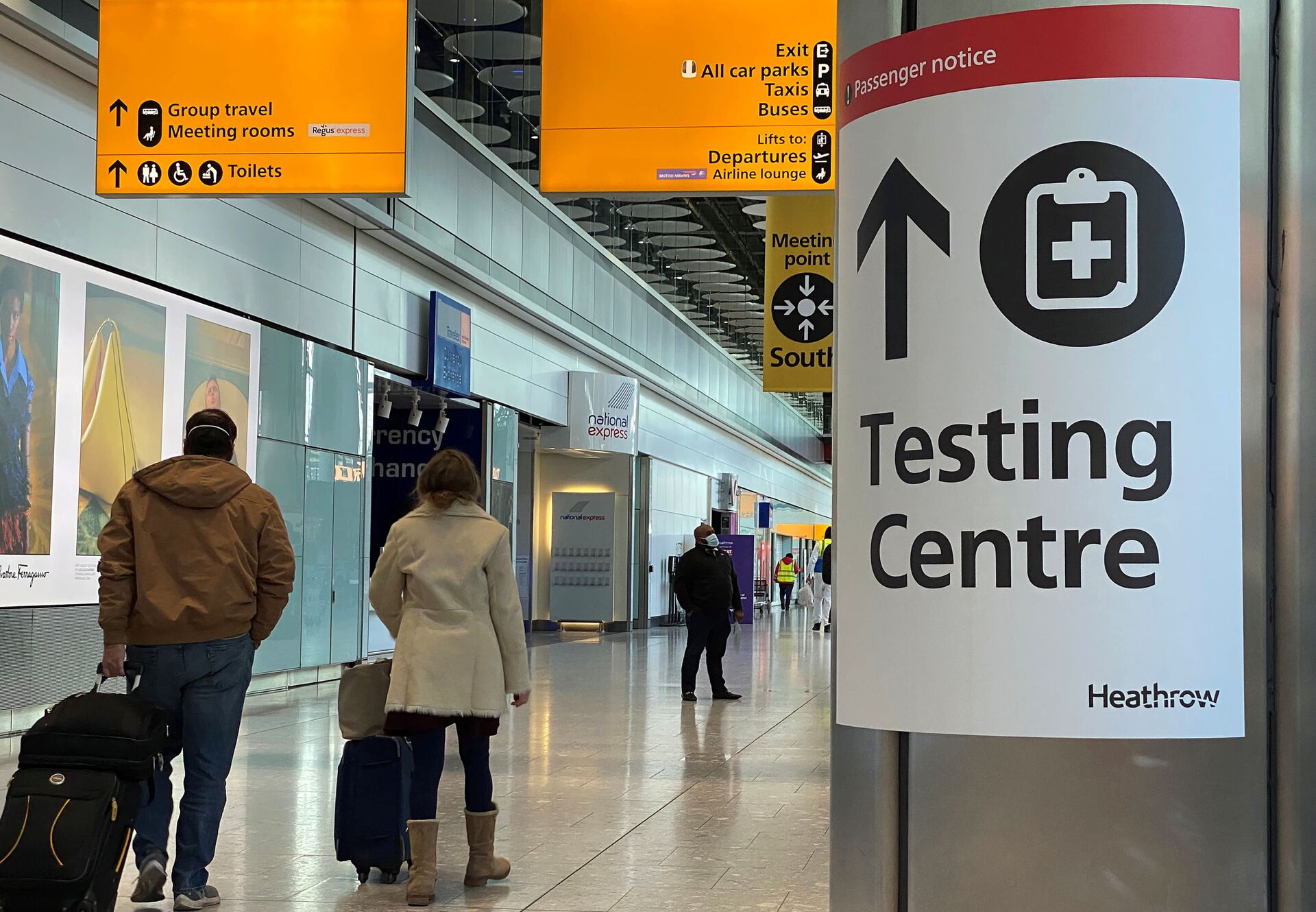 To facilitate implementation of the plans at airports, it is expected that plans are being considered to keep passengers on aircraft to avoid crowds in passport halls, as well as different passport queues for those returning from differently ‘tiered’ countries.

Details regarding classification of countries are reportedly unlikely to be revealed before May.

However, France, which went back into lockdown last week, is suggested as a potential ‘red’ list country, according to cited sources.