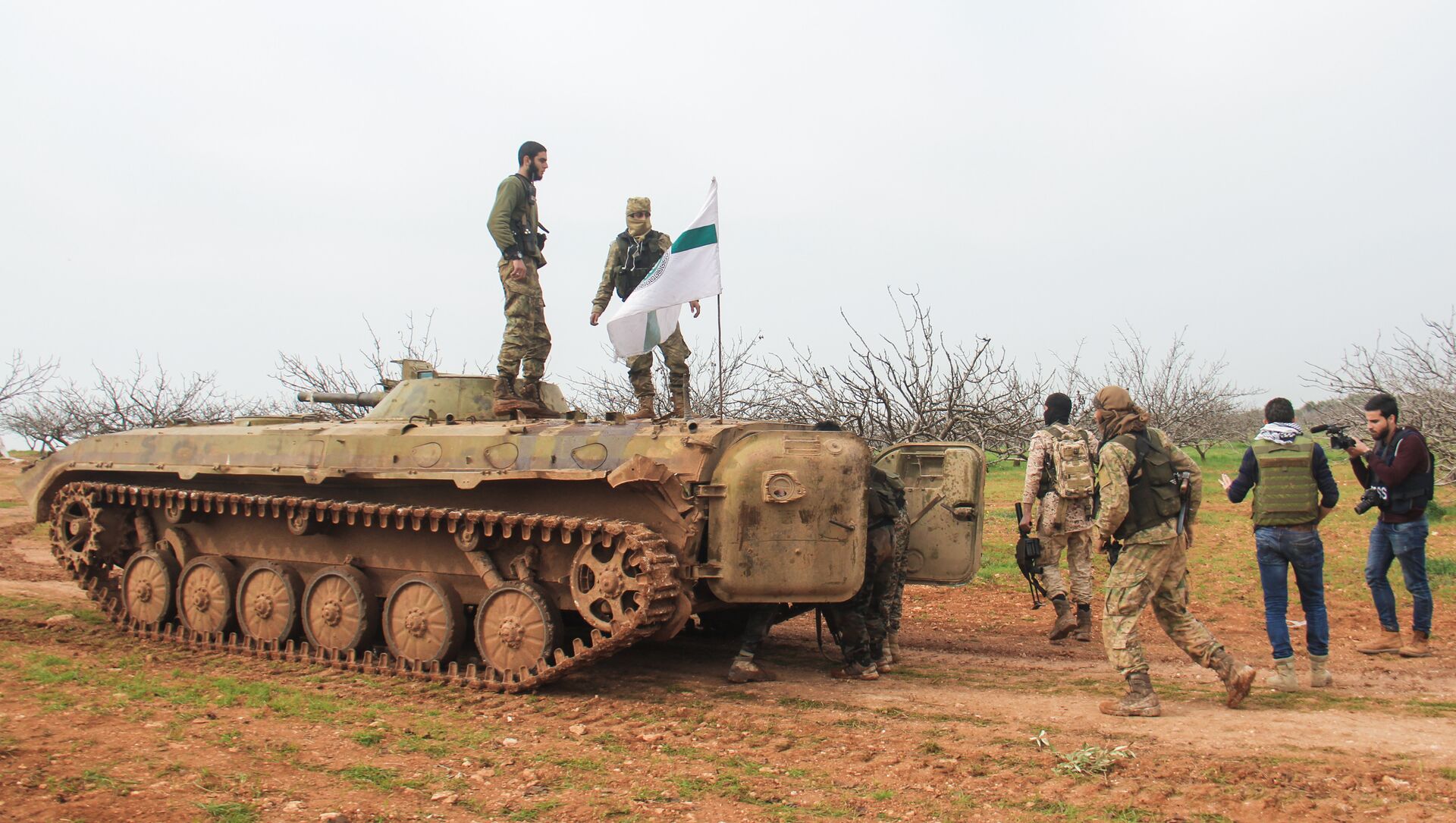 Ilya Tsukanov
All materialsWrite to the author
Jim Jeffrey, the former Trump US special representative for Syria and special presidential envoy for the Western coalition against Daesh (ISIS)*, raised eyebrows in November after admitting that he and members of his staff had deliberately obfuscated and covered up the true size of the US military footprint in Syria from the president.

Former Syria envoy Jim Jeffrey has characterized Hayat Tahrir al-Sham,* the al-Qaeda*-linked group formerly known as the al-Nusra Front, as "an asset" to the current US strategy in Syria.

Jeffrey, who oversaw the Trump administration’s Syria policy until November 2020, when he retired, made the comments in an upcoming PBS documentary on Abu Muhammad al-Jolani, the former al-Qaeda commander who now is now chief of Hayat Tahrir al-Sham.

Ex-Envoy Who Fiddled With Syria Troop Figures Urges Biden to Continue Trump’s Middle East Policy
The US formally continues to designate the group as a terrorist organization, with its Canadian, British and Turkish allies doing the same. Jolani has been designated a terrorist by the US since 2013, but told PBS that the designation is “unfair” because his ties to al-Qaeda are a thing of the past. Now, he insists, his battle against the Assad government and against Daesh (ISIS)* makes him an ally to the US and the West in general.

Al-Qaeda is held responsible for the largest terrorist attack on US soil in history, killing nearly 3,000 Americans in attacks in New York, Washington, DC and Pennsylvania on 11 September 2001, with hundreds more dying from cancers and other illnesses associated with exposure to toxic dust at Ground Zero in New York.

Over most of two decades, Abu Mohammad al-Jolani’s life has been a roadmap of Islamist militancy in Iraq and Syria. Designated a terrorist by the U.S., he leads the most dominant force in opposition-held Syria. WATCH clips of his interview. https://t.co/5sQ2t9klRK

Hayat Tahrir al-Sham enjoys control of wide swathes of Idlib, the northwestern Syrian province bordering Turkey which is now the largest territory in western Syria outside Damascus’s control. Syria launched an offensive to liberate Idlib in late 2019, but the offensive was halted in early 2020 after Turkey intervened. A ceasefire facilitated by Russia and Turkey was reached in March 2020, but hundreds of instances of sparodic clashes have been reported in the months since.

Syrian, Iranian and Russian officials and commanders have repeatedly accused the US of using jihadist extremists to try to overthrow the Assad government. In 2012, the Obama administration implemented Operation Timber Sycamore - a classified CIA weapons and training programme which would see the US and its allies ship thousands of tonnes of weapons and billions of dollars to "moderate Syrian rebels" which media investigations later revealed were allied to jihadists, including al-Nusra. The covert operation was closed down by Trump in 2017, but the president's later musings about withdrawing from Syria completely were never realized thanks to the efforts of officials like Jeffrey and various Pentagon staffers.