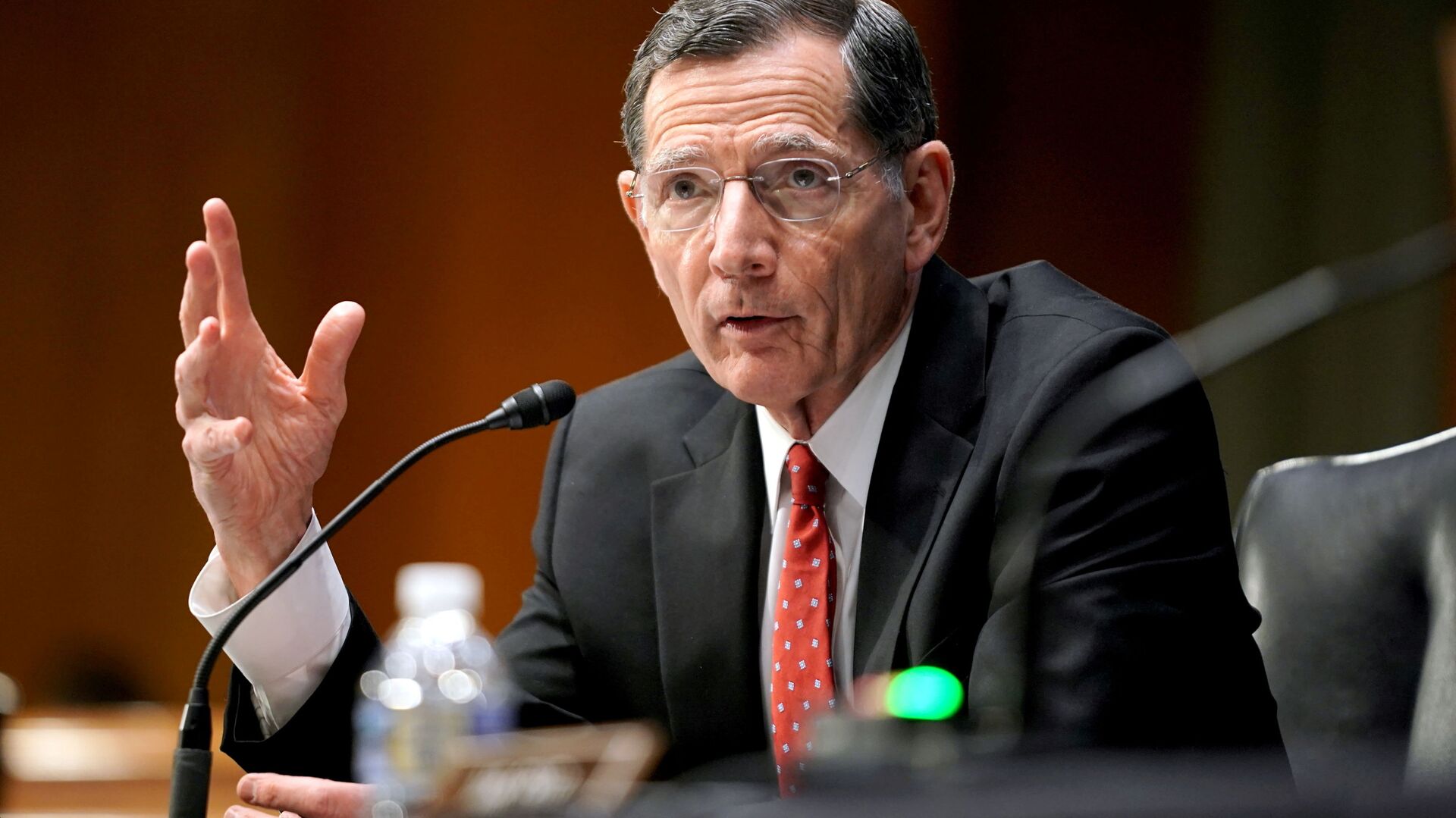 Kirill Kurevlev
Correspondent
All materialsWrite to the author
Last month, it was reported that the Biden administration isn't testing children when they arrive at Customs and Border Protection (CBP) facilities, but rather when they leave for other centers operated by the Department of Health and Human Services (HHS) or the Office of Refugee Resettlement (ORR).

Senator John Barrasso, the chair of the Senate Republican Conference, who took part in the senatorial visit to the US southern border last week, said the lawmakers were told to remove the pictures on their phones that they took during their visit to border facilities in Texas.

"We were told to delete the pictures. No one did. You've seen the video coming out of all of these kids crammed together under the foil blankets, huddling together," the senator said in an interview with Fox News' Maria Bartiromo on Sunday.

Barrasso also blasted the Biden administration for allowing minors in "captivity" at the border to be crammed "in like sardines," while Republicans continue to hammer the president over the border crisis.

"This is both a humanitarian crisis and a national security crisis," Barrasso said. "You may have seen the numbers today are the highest in history of unaccompanied minors currently in captivity. They are crammed in like sardines. And this is what the Biden administration is trying to hide from the American public."

Ted Cruz Blames Biden for 'Manmade Humanitarian Disaster' at US Southern Border
Barrasso also said that the fact that CBP only tests children when they leave CBP facilities rather than when they arrive suggests that the monitoring isn't effectively preventing the virus's spread.

"They do the instant test. And then those that have been tested positive are just kind of moved to one side of the courtyard, those negative to the other of this courtyard," Barrasso said. "They've all been exposed, and then they're sent all across the country. You know, that is the real tragedy of this. And we're not sure what variant of the coronavirus they're carrying. They are carrying it, though, all around America."

I was at the Donna processing facility earlier today. It’s extremely overcrowded - no place for children. It highlights how out of hand the #BidenBorderCrisis really is. Pres. Biden needs to end this crisis now and stop giving people incentives to come here illegally. https://t.co/aAKsO0VBNj

On March 25, a Biden administration official reportedly admitted during a press call that the authorities "are not performing testing inside Border Patrol facilities."

According to the report, unaccompanied children who are being transferred from Border Patrol stations to border intake centers "are tested before they get on a bus and cohorted, and different sites will take positive children and can have the space to make that work."

"The irony here is that we're hearing a lot about Joe Biden wanting vaccine passports to prove that people have vaccines," Barrasso said. "Meanwhile, the border crossers, they don't even require I.D. We don't know who they are, where they're coming from, what their background is."

On Friday it was reported by US media that CBP apprehended more than 171,000 migrants illegally entering the US at the border with Mexico in March. Last month's number, which includes nearly 19,000 unaccompanied minors, is reportedly the largest in two decades.

The report said the total number of apprehensions on the border in March marks the highest monthly total since 2006.