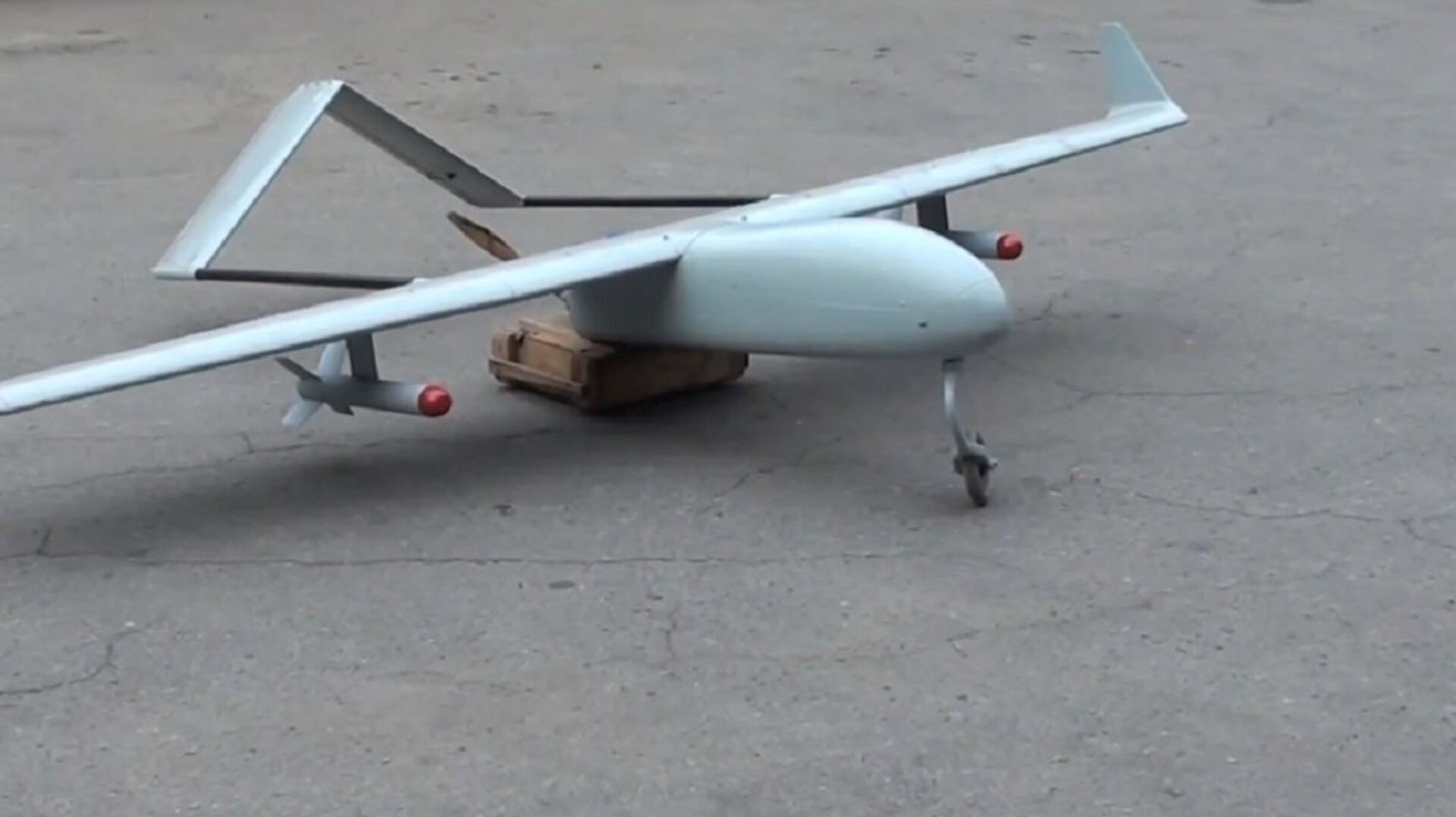 LUHANSK (Sputnik) - A civilian man has been hospitalized with multiple shrapnel wounds after an explosive device dropped from a drone by Ukrainian forces detonated in the self-proclaimed Luhansk People's Republic (LPR), the LPR forces said on Sunday.

The report comes amid the rise in ceasefire violations in Ukraine’s breakaway region of Donbass. On Saturday, Donetsk People's Republic reported that a pre-school child was killed and a woman was injured in a Ukrainian drone attack in Oleksandrivske on Saturday. After the tragedy, Russian lower house speaker Viacheslav Volodin suggested that it is time to expel Ukraine from the Council of Europe.

According to the Luhansk forces, the fresh attack took place on a bank of the Siverskyi Donets River near the village of Mykolaivka. The explosive-laden unmanned aerial vehicle is said to have been launched by servicemen of the 80th brigade of Ukraine’s armed forces.

The wounded man was taken to a hospital.

The militia specified that since additional ceasefire measures took effect in Donbas in late July, it has registered six cases of Ukraine's combat drone launches into the breakaway region. As a result, two members of the people's militia were injured.

The militia went on to call on international observers and the global community to "pay close attention to the terrorist actions of the Ukrainian side, which amount to a violation of the Geneva convention."