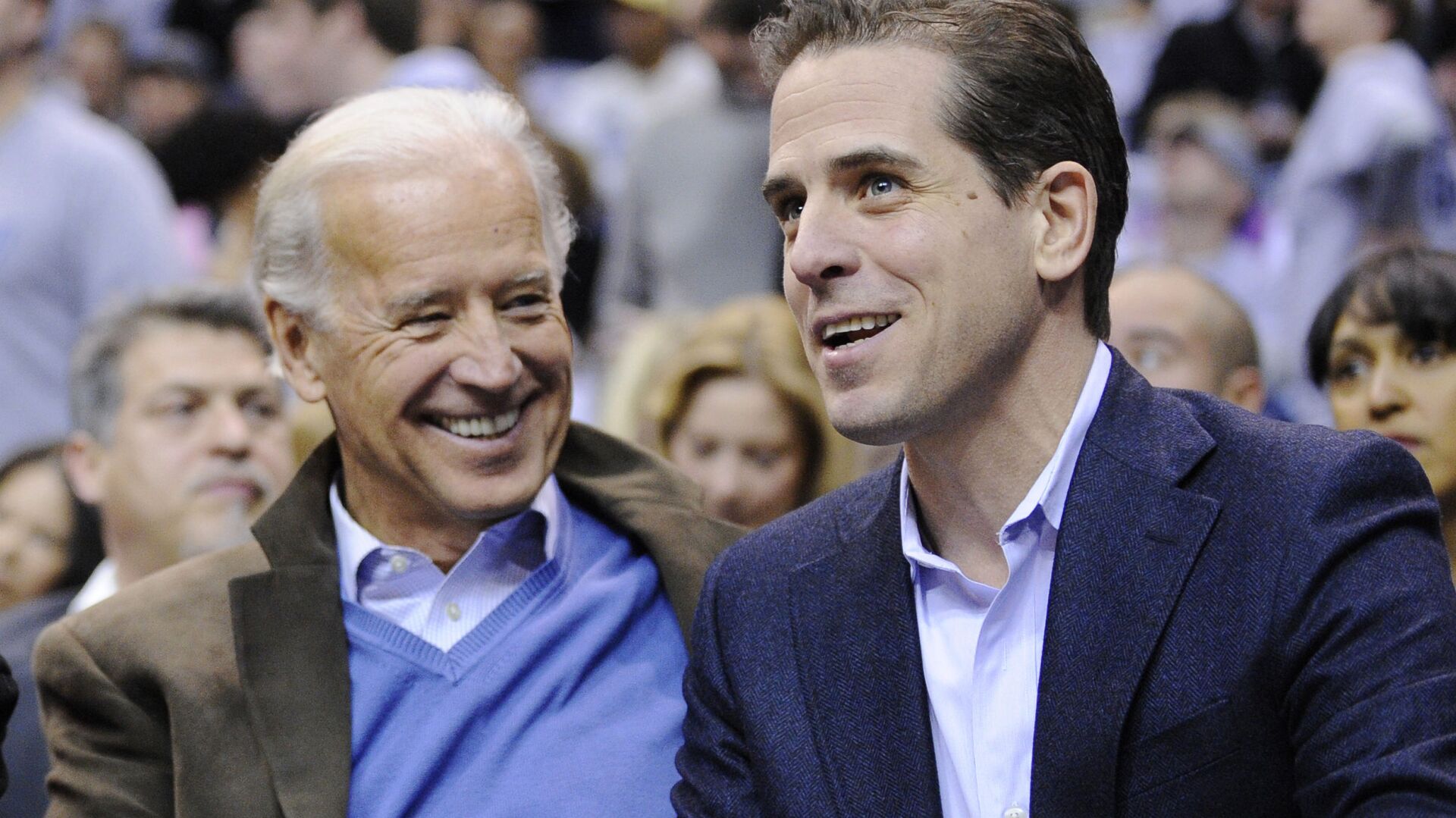 Kirill Kurevlev
Correspondent
All materialsWrite to the author
The second son of US President Joe Biden announced in December that the US Attorney's Office in Delaware is investigating his tax affairs. Back then, US media also reported that the investigation will cover Biden's alleged dealings with China as well.

Hunter Biden said that he is "100%" confident that he will be "cleared of any wrongdoing" in the Department of Justice (DOJ) probe into his taxes.

In a new interview with CBS News' Tracy Smith, the president's youngest son said he is "cooperating completely" with the investigation, although he stated that he is not permitted to disclose any details.

"I am absolutely certain, 100 percent certain that at the end of the investigation, that I will be cleared of any wrongdoing,” Biden said, adding that "all I can do is cooperate, and trust in the process."

Last year, Hunter Biden confirmed that the US Attorney's Office in Delaware was looking into his taxes.

"I am confident that a professional and objective review of these matters will demonstrate that I handled my affairs legally and appropriately, including with the benefit of professional tax advisors,” he said in a statement in December.

The same month, Hunter's father, then-President-elect Joe Biden claimed that he had not raised the federal probe issue with any attorney general candidates.

Last year, The Associated Press reported that a subpoena was released for documents from Hunter Biden related to the Ukrainian gas firm Burisma. The investigation, reportedly launched as early as 2018, is also said to have been partly based on Suspicious Activity Reports (SARs) detailing fishy foreign transactions, with another insider claiming that these SARs were linked to money exchanges with "China and other foreign nations."

Hunter Biden joined Burisma's board of directors in 2014, while his father, Joe Biden, was serving as vice president in the Obama administration. Years later, Biden's work at a Ukrainian company backfired on him in terms of the political whirlwind it caused ahead of the 2020 presidential race. Former President Trump then accused Hunter Biden of wrongdoing, particularly in connection with the allegations that he took payments from Ukrainian and Chinese businessmen in return for access to his influential father.

Hunter Biden's work had no direct effect on Ukraine policy at the time, according to a Senate Republican report released last year.

Hunter Biden used to work as an advisor to Burisma's management, earning up to $50,000 a month for the job, according to various reports. In addition to the allegations of corruption, Joe Biden has been accused of exerting pressure on the Ukrainian authorities to dismiss Prosecutor General Viktor Shokin, who was investigating Burisma for corruption at the time Biden was vice president. The prosecutor was eventually dismissed from his post in March 2016. Later, Biden was heard publicly bragging about his role in Shokin's sacking.

In the same interview, Hunter Biden also discussed his alcohol and drug addiction, exacerbated by the death of his older brother Beau in 2015. According to Hunter Biden, former Vice President Biden Sr. then had to "ditch his Secret Service" in order to visit his son at his apartment and intervene.