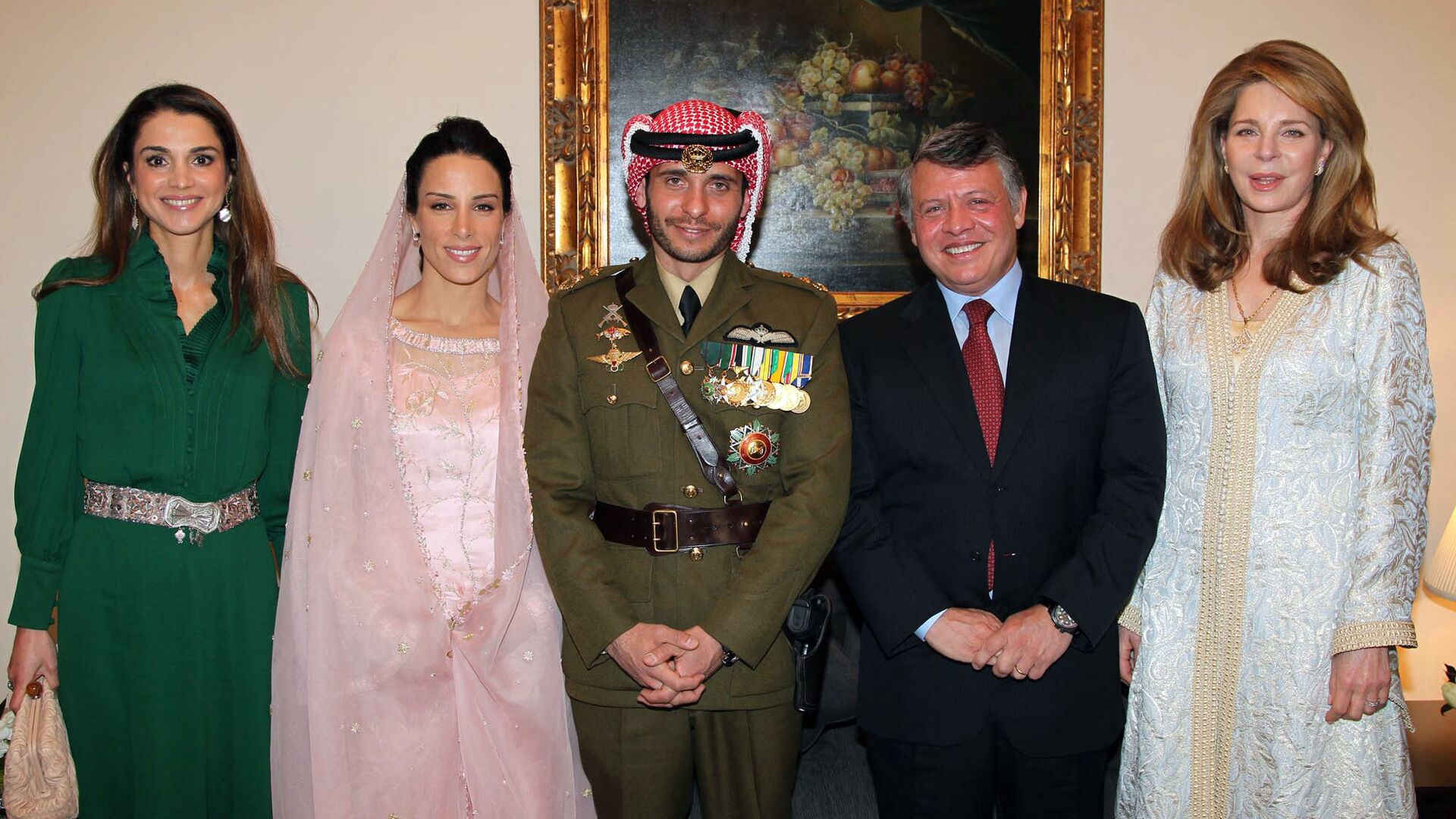 Asya Geydarova
Editor
All materialsWrite to the author
Jordanian officials have announced that the former crown prince, Hamzah bin Hussein, and two other palace officials had held contacts with unnamed foreign intelligence agencies to destabilize the Kingdom. Hamzah himself said he was placed under house arrest and cut off from communication.

The man who contacted Prince Hamzah recently and offered him help to escape Jordan has ties to the Mossad spy agency, local media reports say.

According to news agency "Ammon", which is close to the Jordanian security services, the man's name is Roy Shaposhnik and he is allegedly a former Mossad officer.

An Axios report, however, said that Shaposhnik provided a statement in which he denied any involvement in the alleged coup d'etat and dismissed reports he had ever worked for Mossad. However, he did confirm that he had offered assistance to Prince Hamzah and his family.

"I am an Israeli living in Europe. I never served in any role in the Israeli intelligence services," Shaposhnik reportedly said. "I don’t have any knowledge of the events that took place in Jordan or of the people involved. I am a close personal friend of Prince Hamzah." 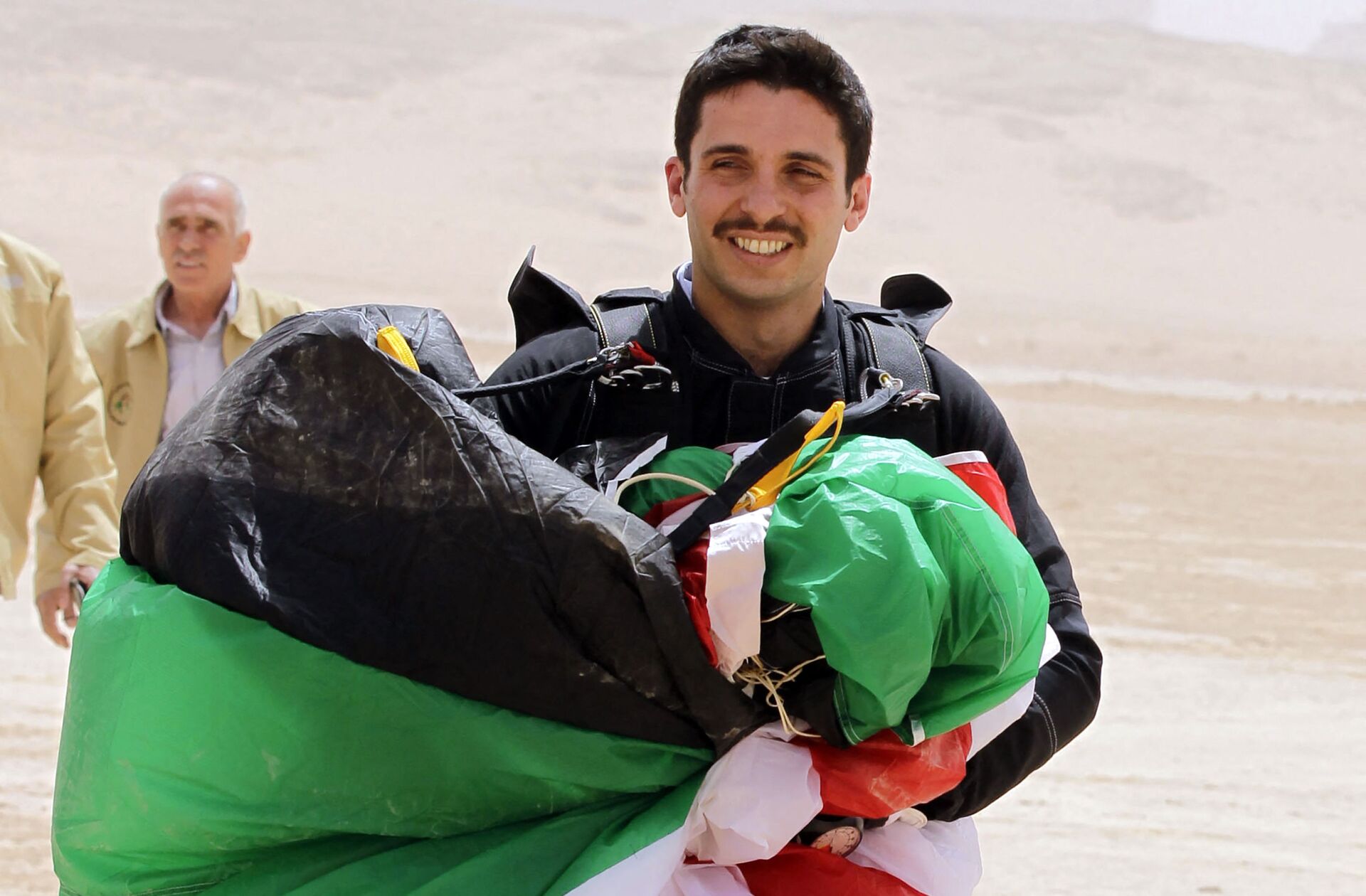 In this file photo taken on April 17, 2012 shows Jordanian Prince Hamzah bin al-Hussein, president of the Royal Aero Sports Club of Jordan, carries a parachute during a media event to announce the launch of "Skydive Jordan", in the Wadi Rum desert. - A top former Jordanian royal aide was among several suspects arrested on April 3, 2021, as the army cautioned Prince Hamzah bin Hussein, the half-brother of King Abdullah II against damaging the country's security.
© AFP 2022 / KHALIL MAZRAAWI

In the past, Shaposhnik has served as an adviser to former Prime Minister Ehud Olmert and has also worked as a political operative in the Israeli Kadima party (The party was mostly comprised of Likud defectors, but was dissolved in 2015). He then left politics for business, establishing his own company - RS Logistical Solutions, which provided services to foreign governments, including the US Department of State.

Shaposhnik reportedly became close friends with Prince Hamzah’s family after his company provided logistical assistance to trainings of the Iraqi military in Jordan. These close ties are reportedly the reason why the Israeli decided to help Hamzah’s family following the investigation into the alleged coup.

Jordanian Foreign Minister Ayman Safadi said at a press confrence on Sunday that Prince Hamzah had held contacts with unnamed foreign intelligence and was seeking to depose the current King Abdullah II. In particular, he said that a man with ties to a foreign security agency had approached Prince Hamzah's wife, offering to arrange a private jet to fly their family out of the Kingdom. The diplomat, however, avoided saying exactly which foreign service the man had connections to.

Jordanian Royal, Palace Officials Arrested Over Alleged Plot to Overthrow King Abdullah II - Reports
“The investigations found foreign interference and contacts including contacts with foreign parties around the best timing to begin taking steps to undermine the security of our Jordan,” Safadi said.

He also added that King Abdullah II met with his half-brother last night and “ordered him to stop all actions that targeted Jordan’s security and stability,” to which Hamzah “responded negatively.” The foreign minister explained that Prince Hamzah and those close to him had contacted Jordanian opposition abroad and activists and figures in the country to join them.

On Saturday, The Washington Post reported that several royal and palace officials were arrested in Amman over allegedly plotting to overthrow the king. Jordanian state media confirmed that a number of officials were detained for security reasons, but denied reports that Prince Hamzah was among them. The armed forces only noted that the prince was told to cease "movements and activities that are used to target" the security and stability of Jordan.

At the same time, Hamzah said in a video message now circulating online that he had been placed under house arrest and cut off from communication. He also said that the head of the Jordanian Joint Chiefs of Staff, who arrived at his house, reportedly told the prince that he himself was not accused of criticizing the authorities, but was given a "warning."

Hamzah is a popular person in Jordan, having strong ties to tribal leaders.