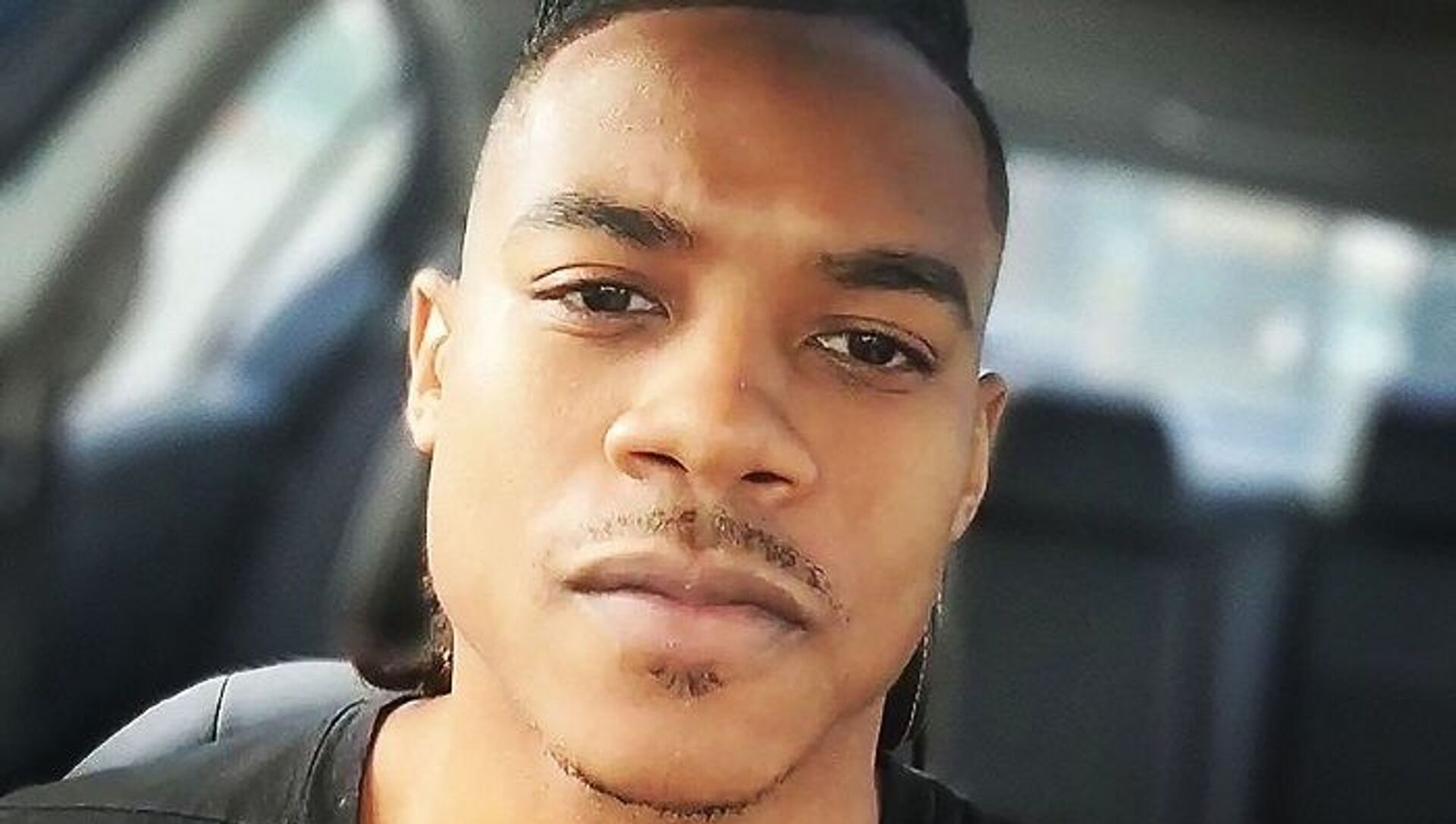 Oleg Burunov
All materialsWrite to the author
US Metropolitan Police Chief Robert Contee said Friday's Capitol car-ramming attack does not appear to be terrorism-related, and that a probe into the motives of the attacker is under way.

The suspect who rammed his car into a US Capitol checkpoint on Friday, killing one police officer and wounding another, has been identified as 25-year-old Noah Green from Indiana. Here's a brief insight into what's known so far about the suspect. 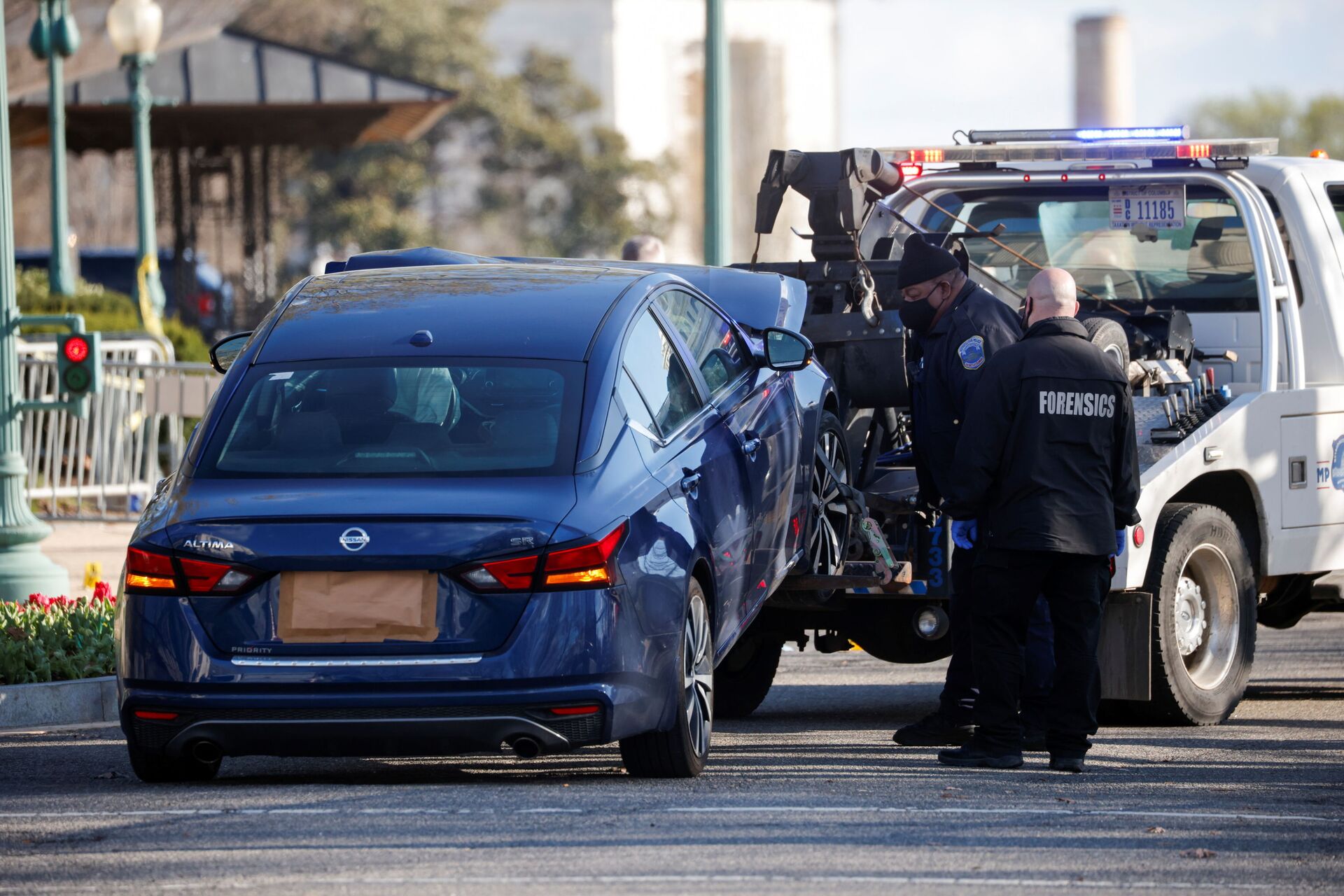 A tow truck tows away the car used to ram a police barricade outside the U.S. Capitol building on Capitol Hill in Washington, U.S. April 2, 2021
© REUTERS / TOM BRENNER

Jim Hanchett, CNU chief communications officer, was cited by the Daily Mail as saying that "Mr Green played on the Christopher Newport University football team in the fall 2017 and fall 2018 seasons".

Referring to Green's now-removed Facebook and Instagram accounts, US media outlets reported that the suspect was a supporter of Louis Farrakhan, the leader of the Nation of Islam (NOI), a Black religious movement that actually has little to do with traditional teachings of Islam.

In one of his posts, Green did not think twice before referring to Farrakhan as Jesus Christ.

"My faith is one of the only things that has been able to carry me through these times and my faith is centered on the belief of the Honorable Minister Louis Farrakhan as Jesus, the Messiah, the final divine reminder in our midst. I consider him my spiritual father”, the suspect allegedly claimed.

Green also shared confessions on social media about how "tough" his life has been in recent years, including losing his job over apparent mental issues.

"I have been tried with some of the biggest, unimaginable tests in my life. I am currently now unemployed, after I left my job, partly due to afflictions", the Capitol attacker reportedly posted. 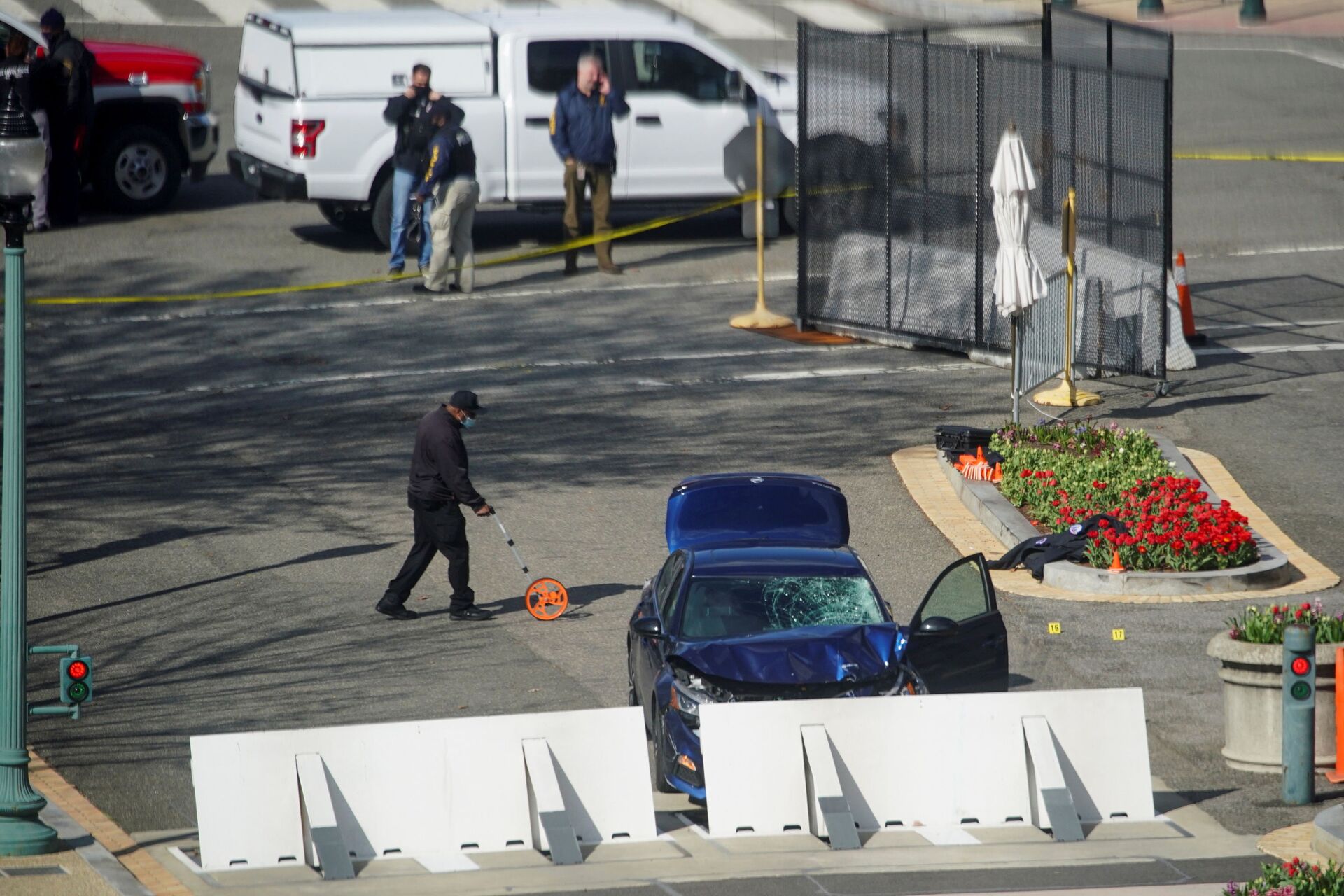 A blue car is seen after ramming a police barricade outside the U.S. Capitol building in an incident that reportedly resulted in the death of one Capitol police officer, the injury of another officer and the death of the driver as a result of police gunfire on Capitol Hill in Washington, U.S., April 2, 2021
© REUTERS / ALEXANDER DRAGO

The suspect also ostensibly thanked Farrakhan for saving him "after the terrible afflictions" he "suffered presumably by the CIA and FBI, government agencies of the United States of America".

"I have suffered multiple home break ins, food poisonings, assaults, unauthorised operations in the hospital, mind control", the 25-year-old reportedly wrote in one of his Instagram posts, insisting that his troubles started in 2019 when Green's former teammate and roommate drugged him with Xanax, an anti-anxiety medication.

Just two hours before what Fox News reported was a "lone wolf" attack, the suspect allegedly posted a video on his Instagram account with a caption that said: "The US government is the #1 enemy of Black people!"

The Washington Post (WaPo) cited the suspect's brother Brendan as saying that the night before the incident, the 25-year-old was "violently ill".

Brendan did not elaborate about what had exactly happened with his brother that night, but added that he earlier suffered from hallucinations, heart palpitations, headaches, and suicidal thoughts. 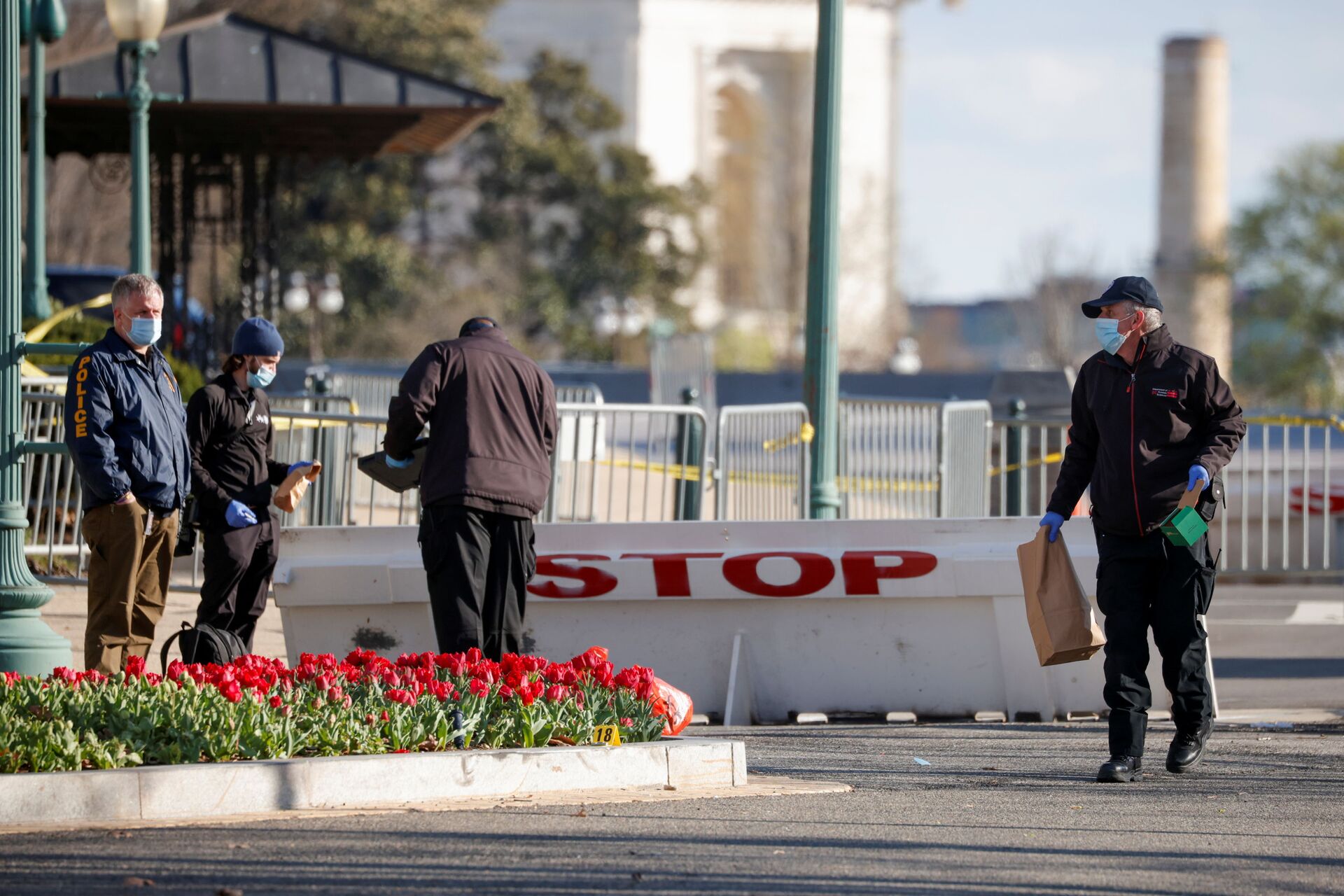 Law enforcement officers pick up evidence at site of incident where a car was rammed into a police barricade outside the U.S. Capitol building in an incident that reportedly resulted in the death of one Capitol police officer, the injury of another officer and the death of the driver as a result of police gunfire on Capitol Hill in Washington, U.S. April 2, 2021
© REUTERS / TOM BRENNER

The pair shared an apartment in Virginia - Green having moved in two weeks ago, with his family deeply worried about his mental state.

Brendan told WaPo that on Thursday night, Noah texted him, "I'm sorry but I'm just going to go and live and be homeless. Thank you for everything that you've done. I looked up to you when I was a kid. You inspired me a lot".

President Joe Biden has, meanwhile, said that he was "heartbroken to learn of the violent attack at a security checkpoint on the US Capitol grounds", adding that he ordered the White House flag to be lowered to half-mast.

Retired Lt. Believes US Capitol Is a '24/7' Target for Both Domestic, Foreign Attacks - Report
Homeland Security Secretary Alejandro Mayorkas, for his part, said in a statement that "there is still much to be determined" about the Friday attack and offered the department's support to the DC mayor and Capitol Police.

Earlier, acting US Capitol Police (USPC) Chief Yogananda Pittman said at a press briefing that two individuals died in Friday's attack on the US Capitol, including the suspect and a police officer who was injured in the incident.

She added that one of the two police officers rammed by the vehicle died from his injuries. The Capitol Police later stated that the officer who died was 18-year veteran William Evans.