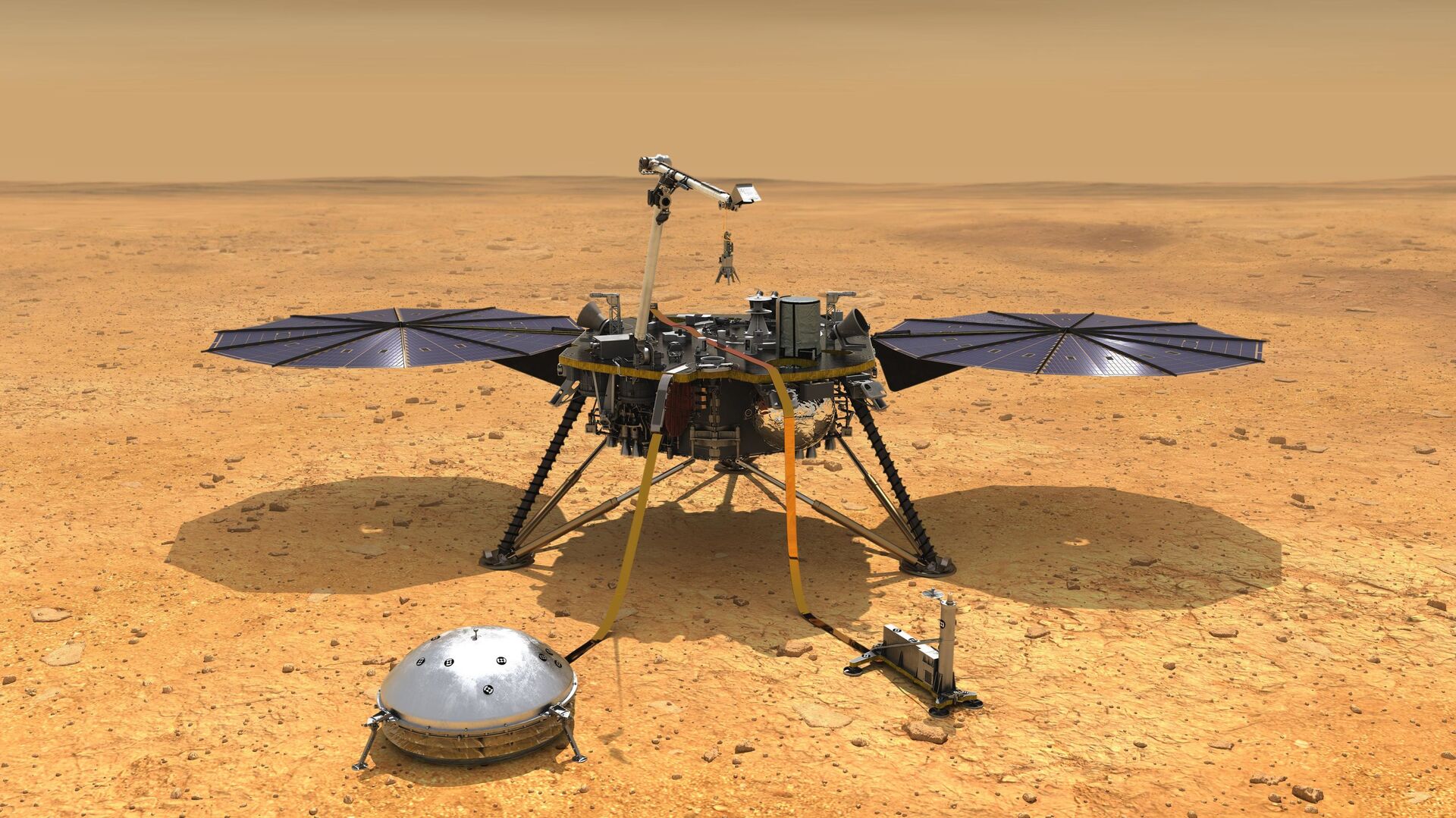 Tim Korso
All materials
The seismologists indicate that unlike quakes on Earth or the moon, the "marsquakes" neither travel directly from the source through the planet, nor scatter, but rather fall in between these two categories.

The InSight lander, launched by the US towards Mars back in May 2018, has detected several significant quakes on the surface of the red planet in March this year, giving NASA new data to study its geosphere and seismic activity. Namely, the scientists received proof backing the hypothesis that Cerberus Fossae, a series of parallel fissures on Mars' surface created by volcanic activity, is actually seismically active. 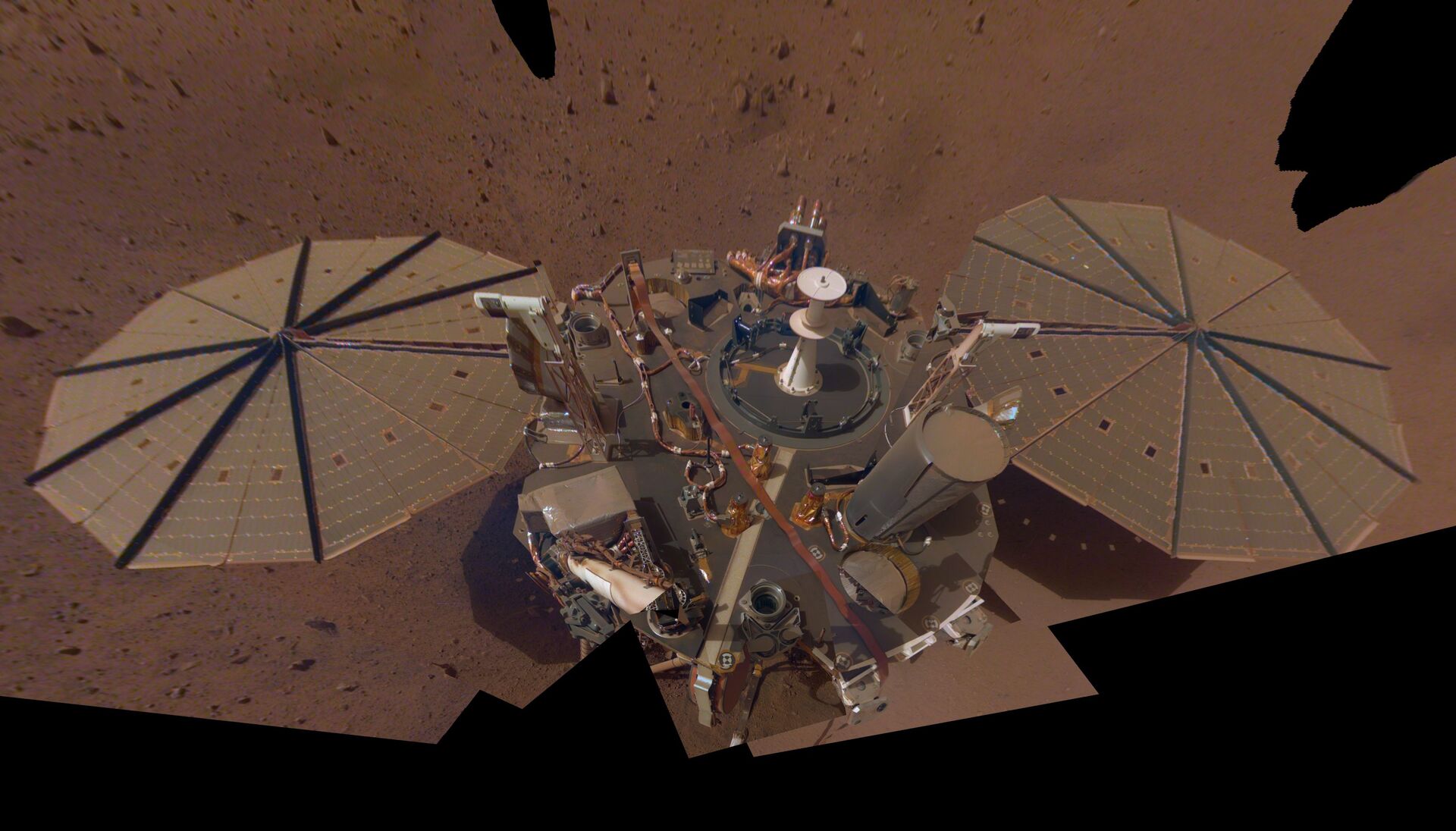 The two 3.3 and 3.1 magnitude quakes, registered on 7 and 18 March, are just a few among the 500 episodes detected by the InSight throughout its three-year mission. But they are remarkable in the sense of how clear the signals were. Catching such clear seismic data is not easy on Mars, partially because of powerful winds blowing most of the Martian year and distorting the readings.

The last time the NASA scientists got such a clear picture of Mars' seismic activity was two Earth years ago during the local summer in the northern hemisphere, when the winds usually calm down. Now, a Martian year later, InSight managed to get another shot at recording clear data on two seismic signals originating in the Cerberus Fossae.

A researcher at the Institut de Physique du Globe de Paris, Dr Taichi Kawamura, pointed out another distinctive feature of the large "marsquakes" registered by the lander: they resembled the earthquakes which travel directly from the source through the planet's surface. Normally, the Martian seismic waves appear to be something between the earthquakes and the moonquakes, which "scatter" on the surface.

InSight is the first NASA Mars lander, which is equipped with the tools, Seismic Experiment for Interior Structure, to study the depths of the red planet and detect such fluctuations in its seismic activities.