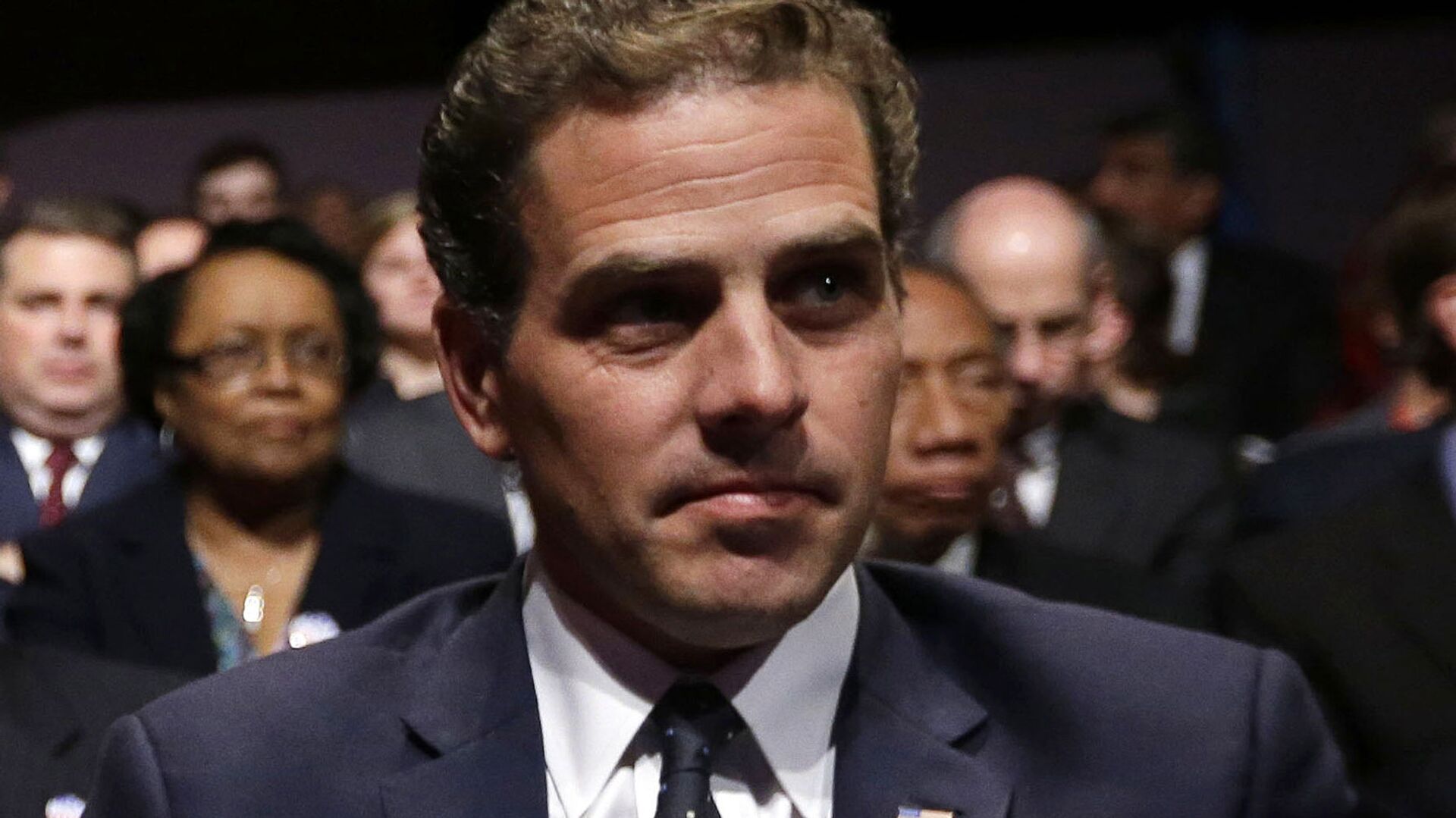 Max Gorbachev
All materialsWrite to the author
In "Beautiful Things" the second son of US President Joe Biden touches on a number of issues, including tragedies that affected his family, his struggle with alcohol and drug addiction and the collapse of his marriage.

Newly published excerpts of the memoir penned by Hunter Biden reveal more details about his affair with the widow of his late brother Beau. The 51-year-old writes that following his brother's death from brain cancer in 2015 he began a "deep descent" into drinking and drung binges. "I never felt more alone. I lost hope", he writes.

The drug and drinking parties sometimes lasted up to 16 hours, Hunter reveals. At one point, he even allowed a crack addict, who he bought drugs from, to live with him in Washington. One day he almost got killed after an addict on the street pointed a gun at Hunter's face as he was searching for drugs.

After detoxing at a drug facility in Arizona, he decided to meet his sister-in-law and that's when their romantic relationship started. Hunter describes how he was enchanted by Hallie's "hypnotic" and "alluring" eyes and her "Cheshire cat smile".

"I was at my lowest, she was at her neediest, and we clung to each other with abandon. There's no question of the unseen force in the middle of it all: Beau. It was this unspoken, unacknowledged dynamic that had begun to impel us both: the idea that we could keep Beau alive by being together - that by loving each other we somehow could love him back into existence", he writes.

Hunter said his affair with his sister-in-law was built "on need, hope, frailty, and doom". He stayed at her house and helped her with her two children – Naomi and Robert, who were 11 and 9 back then – picking them up from soccer games and putting them to bed by telling stories about their father Beau.

Hunter writes that by doing these things he wanted to feel his brother's "presence" and had no intention of replacing him. However, he admits that it could have been "selfishness" that made him continue the affair. As he put it: he was a "sicko sleeping with my brother's wife".

Other details published in the memoir's excerpts include:

"The decision never felt rash or harebrained or reckless. It felt urgent. It felt like I'd been given a reprieve. I felt the astonishing luck of a man who'd agreed to meet a woman for coffee when it was all but impossible for him to leave a hotel room without a crack pipe in his hand, and who fell in love at first sight", Hunter writes. Last year they had a son, whom they named Beau.

Hunter Biden was thrown into the spotlight last October when the New York Post wrote an expose on him citing information it obtained from a laptop allegedly belonging to Hunter. The newspaper said Hunter took it to an IT store in Delaware to get it repaired, but never returned to collect it.

The article suggested that the documents discovered on the computer show that Joe Biden used his position when he was vice president of the United States to help his son in business deals in Ukraine and China.

Former President Donald Trump and Republicans claimed that social media networks limited the spread of the story, while the mainstream media failed to provide due media coverage of the expose. Joe Biden denied he or his son committed any wrongdoing, however the younger Biden recently said the laptop could have "absolutely" belonged to him, but said he never took it to an IT store and suggested the device was perhap stolen or hacked by Russian intelligence.