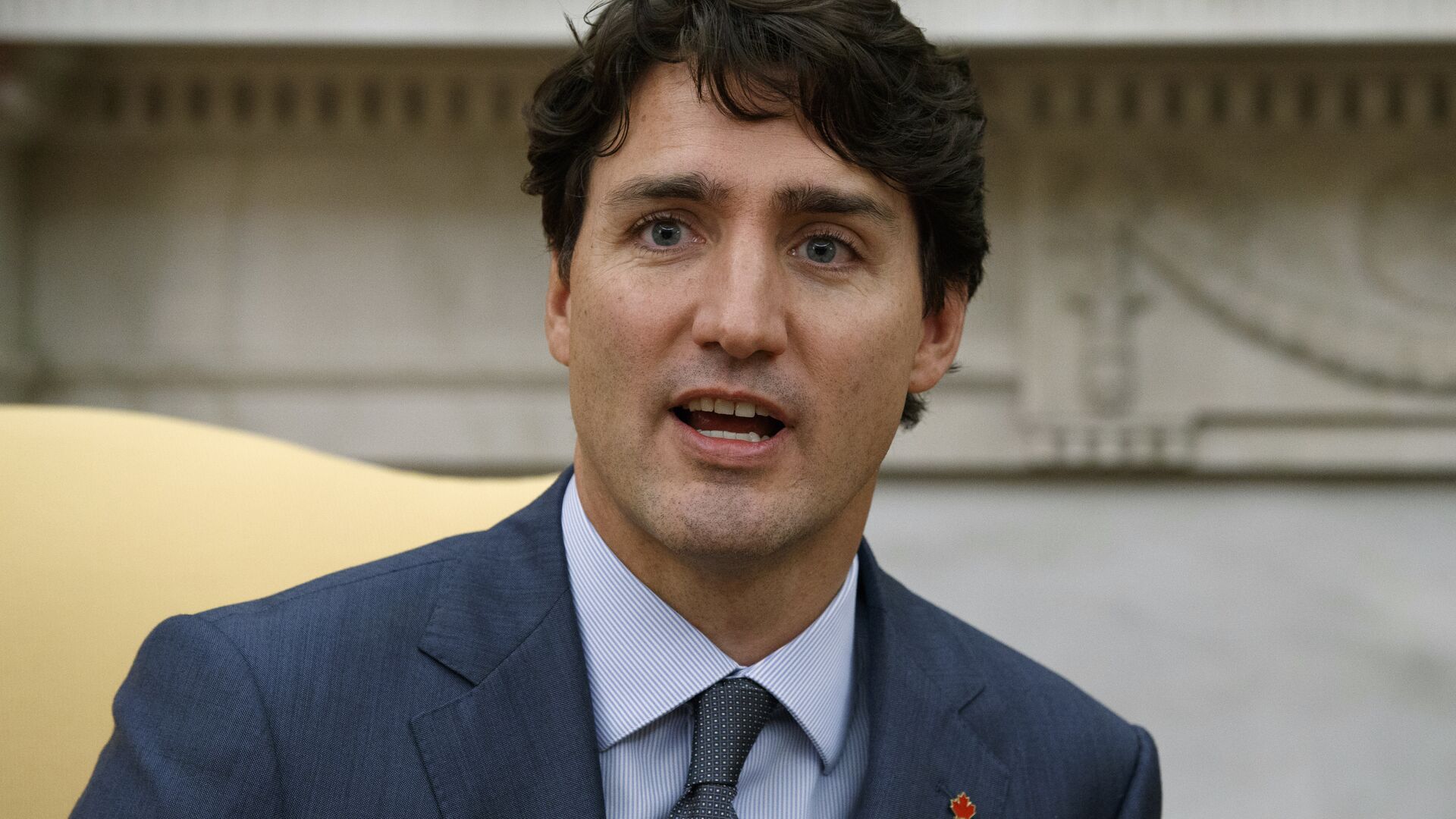 Max Gorbachev
All materialsWrite to the author
The politician has previously been accused of cultural appropriation by local media and critics after he donned traditional clothing and broke into a folk dance during his visit to India. Trudeau, a devout Roman Catholic, was also accused of pandering to Islamic voters after he was filmed praying in mosques and wearing traditional Muslim clothes.

Canadian Prime Minister Justin Trudeau has been accused of anti-Christian bias after the politician failed to mention Easter in his holiday message posted on Twitter. "It’s the start of a long weekend," the politician wrote in his post before informing Canadians about the importance of following coronavirus safety rules.

It’s the start of a long weekend, and I know that means you’d normally be getting together with your entire family for a few days of fun. But with the number of COVID-19 cases rising across the country, we’re all going to have to do things differently again this year.

The Prime Minister, whose posts previously got little attention on social media, was inundated with negative comments as users wondered what was so difficult about mentioning Easter.

It's not even my Easter yet (it's my husband's), but I'm still offended by your stupid tweet.

But not surprised. As usual, you spit on the face of all Christians. https://t.co/Fgq6CZKMEC

You may think it’s Easter. Justin Trudeau calls it a “long weekend”. There’s no holiday for other religions too obscure for him to mention by name. But he’s always had an anti-Christian streak. Like his father. https://t.co/MqSTJ8Pcqd

Others netizens noted that the Prime Minister always congratulates Canadians with other religious holidays.

This is Easter, you preening woke. Acknowledge it for its religious meaning, as you do for all other religions. Or perhaps Christians do not deserve the same treatment?

I don’t understand how our government officials always tweet out special religious calendar events like Passover, Ramadan and other like Chinese New Year but have a problem with Easter? What gives?

​Some users even trolled the politician and congratulated him with a new Christian holiday.

​But there were those who defended the official, saying he will send people Easter wishes on 4 April.

It is Good Friday. Easter begins on Easter Sunday. The PM has done that many times. Not sure why people are attacking the PM. Just TDS. That must be it!

Thank you. You are the one politician I want to hear from right now. Happy Easter to you and your family. #Easter

​However, the outpouring of negative comments did not stop. Many users were angry with the Prime Minister’s remark about coronavirus rules. Trudeau noted that because of lockdown in Ontario and safety restrictions in other parts of the country, Canadians will “have to get creative and find new ways to connect” with families and friends.

It seems this remark angered netizens more than failure to mention Easter with people blasting Trudeau and the government for a slow vaccine roll-out.

You said that last year. Maybe if you hadn't dropped the ball on vaccinations, we wouldn't be in this situation.

Meanwhile in the U.S all of my 30-year-old friends have received either at least 1 shot or have received both already. We can't even get people under 65 to get a shot yet. What a disaster.

​Others mentioned that the Prime Minister failed to keep his words.

You said that last year, if we all wanted a normal Easter & Passover this year, we would have had to make sacrifices last year? You are now saying the same thing for next year, it's BS in my opinion. Please resign so we can all get back to normal, and take Dr. Tam with you!

Heard the same story from you last year. Here we are a year later same BS coming out of your mouth. Yes we will get creative just like you. We will be with all of our family.

​One user promised the Prime Minister "to get creative by helping his rivals vote him out of office.

​Justin Trudeau’s popularity has fallen in recent years on account of several scandals. Perhaps the biggest one was when local media revealed that the Prime Minister put pressure on the attorney-general to intervene in a criminal case against Quebec-based construction company SNC-Lavalin and help the firm avoid prosecution on corruption charges. Trudeau has denied the allegations.

​Blackface is a form of theatrical make-up used by white performers when they are trying to achieve a caricatured portrayal of a black person. It originated and gained popularity in the United States in the middle of the 19th century. By the second half of the 20th century, changing attitudes toward race relations in the US made blackface less and less popular, with the term later becoming offensive and disrespectful.