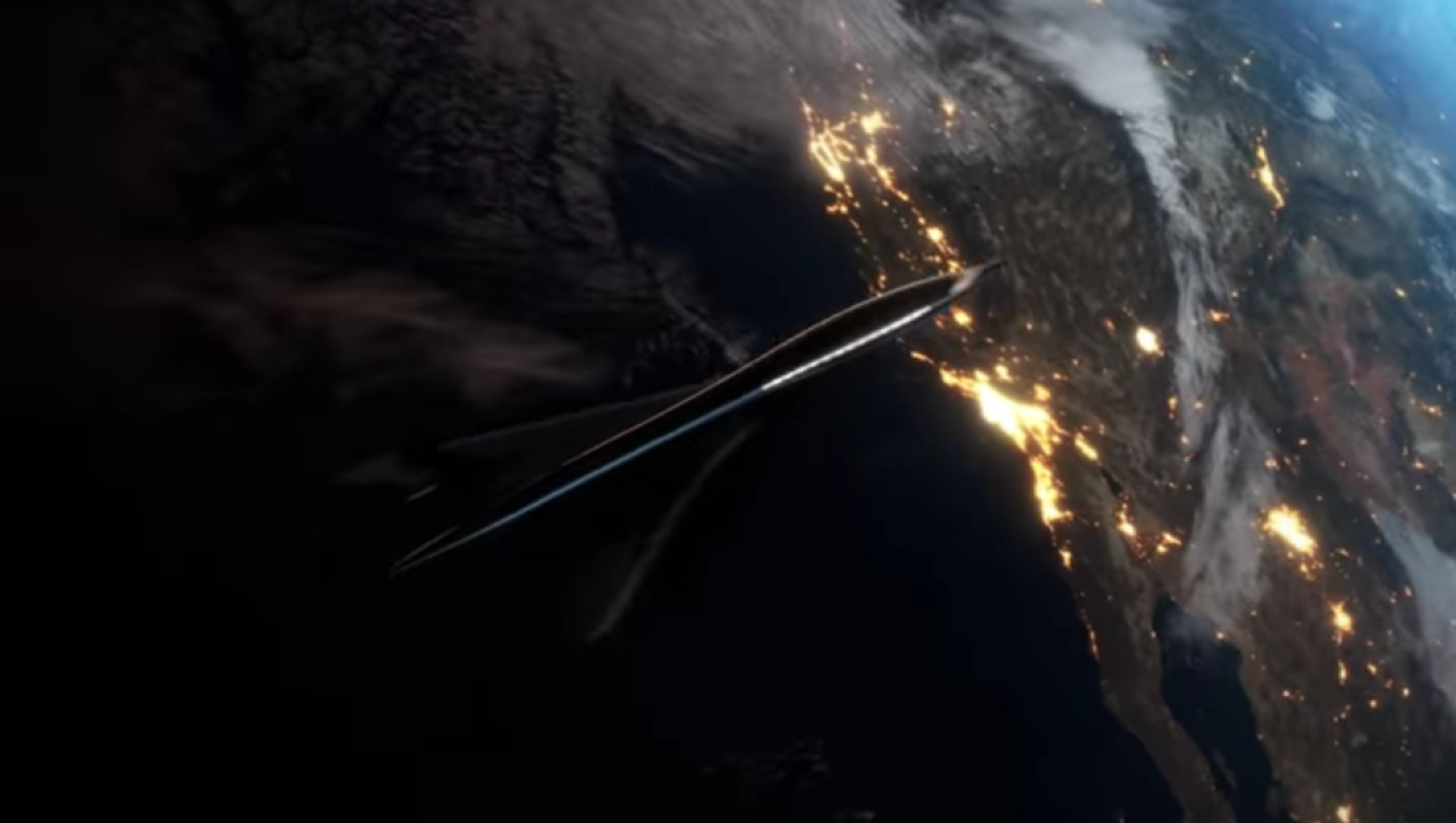 Morgan Artyukhina
All materialsWrite to the author
A number of design firms have declared their intent to build a new generation of supersonic commercial airliners in recent years, but so far none have taken flight. Nonetheless, some have looked toward the still-more-ambitious goal of hypersonic travel - something the US military has yet to perfect on its missiles.

Aviation blogger Sam Chui wrote earlier this week that Aerion, an aircraft maker based in Reno, Nevada, that is working on developing several supersonic commercial airliners, was also developing an aircraft capable of reaching hypersonic speeds.

Dubbed the AS3, the aircraft is based on the AS2 supersonic jet currently under development for several buyers, including Flexjet. According to Aviation International News, the aircraft has roughly the same cabin space as a Bombardier Global 6500 or Gulfstream G600, although while the AS2 is slated to carry just 8-12 passengers, the AS3 is expected to carry about 50 people.

According to the March 29 video announcing the aircraft, it will be able to fly from Tokyo to Los Angeles in just two-and-a-half hours.

“At Aerion, our vision is to build a future where humanity can travel between any two points on our planet within three hours. Supersonic flight is the starting point, but it is just that – the beginning. To truly revolutionize global mobility as we know it today, we must push the boundaries of what is possible,” Tom Vice, Aerion’s Chairman, President & CEO, said in a statement quoted by Chui.

“The AS3 forms the next step in our long-term technology roadmap and will bring Aerion’s high Mach flight capability to a broader audience; we look forward to sharing more on our design later this year,” he added.

At its top speed, the aircraft will be in what is described as hypersonic speed - a velocity that at present can only be reached by spacecraft, rockets, and a select few types of missiles. However, as the scramjet/ramjet technology required to power a hypersonic vehicle is slowly refined, more aircraft makers are showing interest in building private or even commercial aircraft for travel at up to seven times faster than conventional airliners.

A supersonic airliner hasn’t operated commercially since 2003, when the Concorde was retired. Vice told CNN the French-British jet was “a brilliant piece of machinery, a noble experiment, but it put too much emissions in the environment, too much noise into our communities, and was too expensive to operate.”

“What we're trying to do is very different,” Vice said. "We had to design an aircraft that was incredibly efficient with the lowest fuel-burn possible, so we spent 10 years thinking about advanced aerodynamics and fuel-efficient engines. We've designed specifically around noise and emissions.”

One design bureau, Hermeus, presented a design last summer for a hypersonic Air Force One jet based on an existing “business class” aircraft powered by a combined cycle engine, a type of ramjet engine that can also function as a typical turbojet engine, allowing it to fly at lower speeds where ramjets become inefficient - a longstanding barrier to their practical use.

Another, Exosonic, has been working on a supersonic airliner with a low sonic boom, similarly to Aerion’s AS2 designed in part by folks who worked on the X-59 QueSST research plane for NASA, and the Air Force asked about the feasibility of converting it to meet the president’s unique travel needs, such as a electromagnetic pulse survivability.

Aerion, too, has partnered with the US federal space agency. In February, NASA and Aerion began a joint study to “engage in research and development on a future generation of ultra-high-speed, or high-Mach, aircraft,” according to an agency press release.

According to the release, the duo will be “specifically studying commercial flight in the Mach 3-5 range, the collaboration will be used to evaluate the parametric suitability of propulsion and thermal management technologies.”

However, it might be possible to go even faster. Chinese scientists announced in December they had created a “sodramjet” engine capable of propelling an aircraft as fast as 11,800 miles per hour, or 16 times the speed of sound. At that velocity, the plane could go anywhere on Earth in two hours.