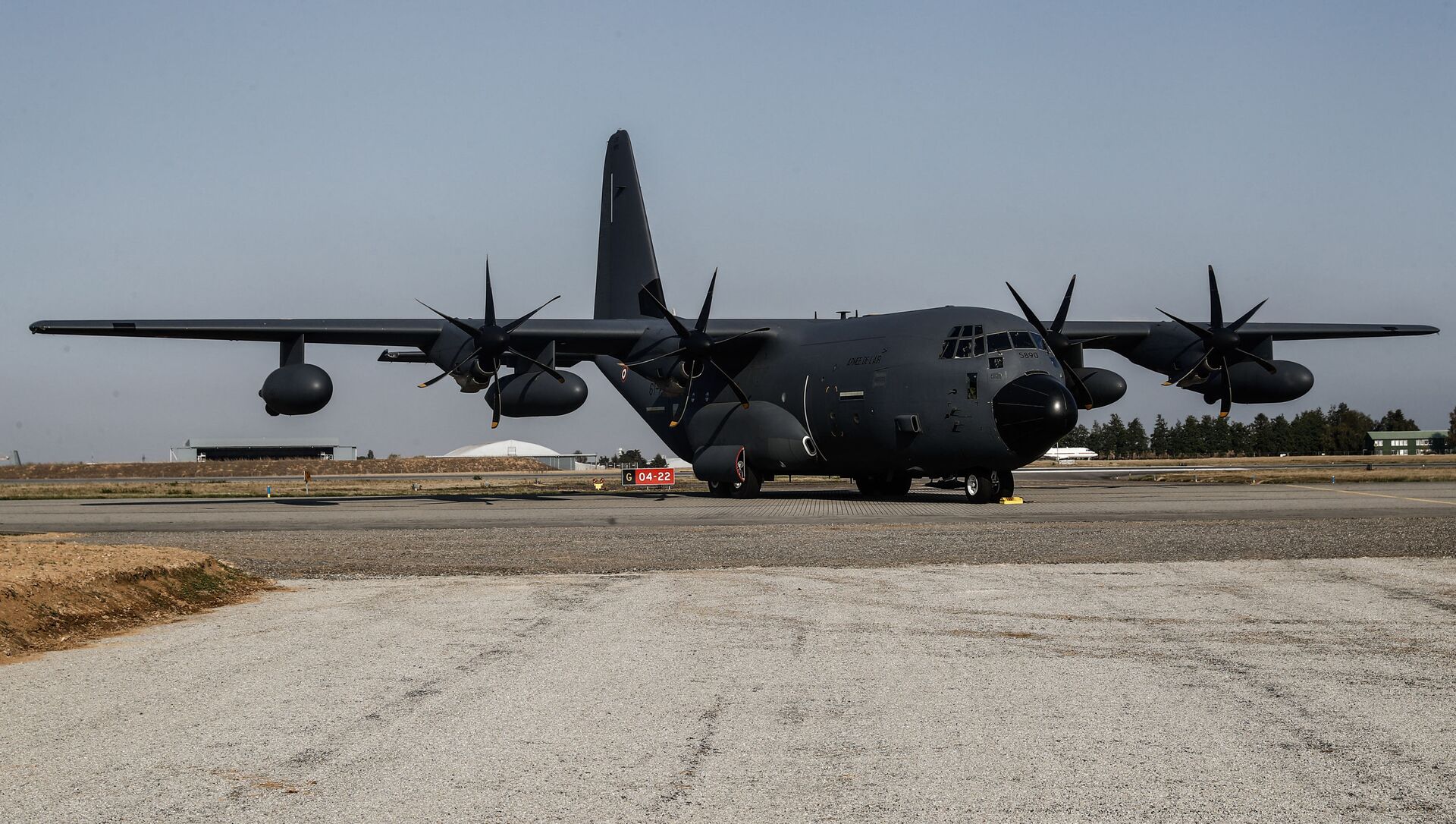 MOSCOW (Sputnik) - A US military transport aircraft Lockheed Martin C-130J from Ramstein Air Base landed in Kiev on Friday, according to tracking service Flightradar24.

At 2:56 p.m. Eastern European Summer Time (11:56 GMT), it departed from the Ukrainian capital. The jet is now flying over Slovakia.

​The development comes as US cargo ship was reported to have docked in Ukraine's Odessa port in late March, carrying 350 tonnes of military equipment and vehicles for the country's armed forces.