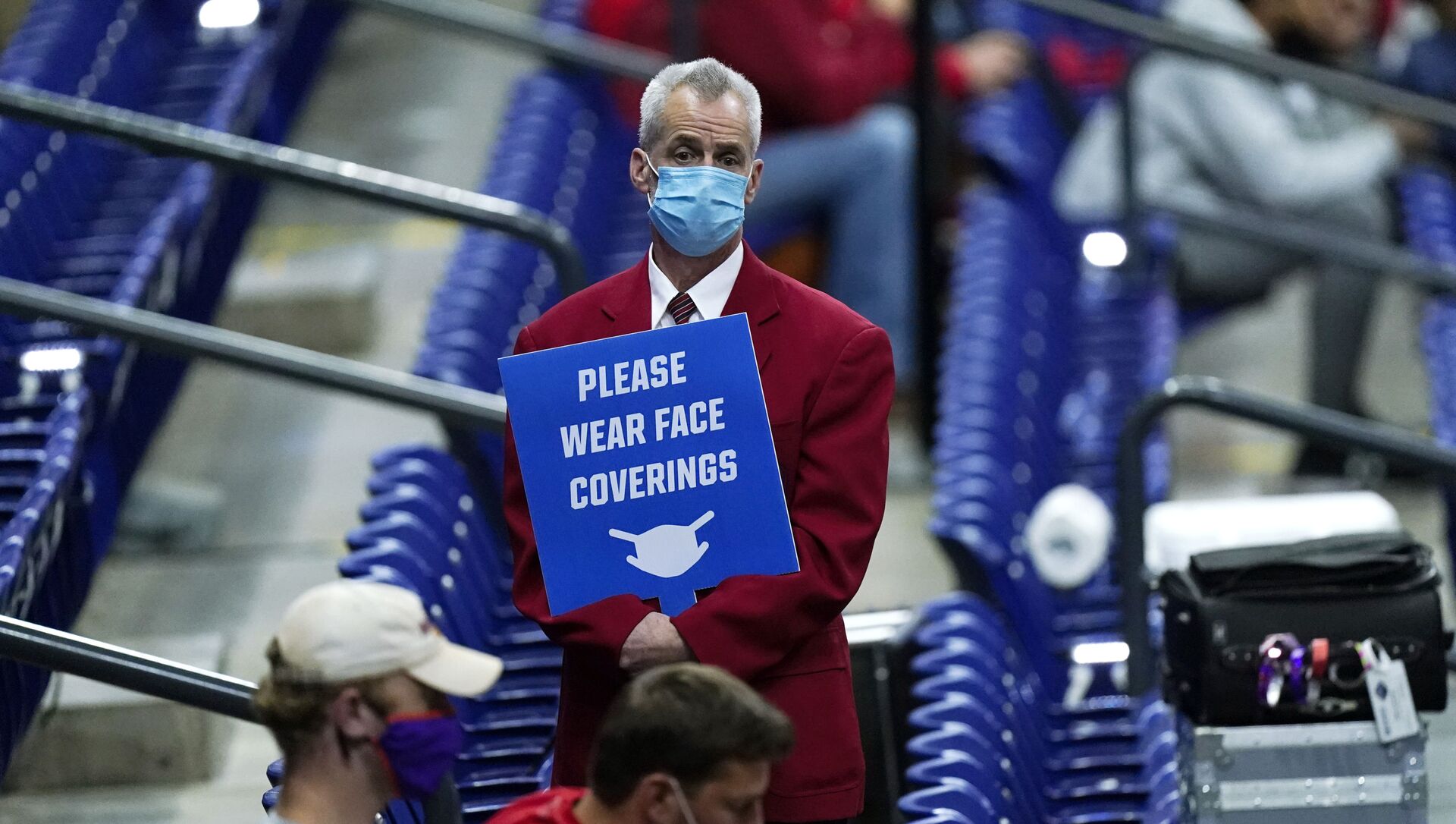 Kirill Kurevlev
Correspondent
All materialsWrite to the author
The UK COVID-19 strain, called B.1.1.7 by scientists, reportedly accounts for 4% to 35% of coronavirus cases. According to the Centers for Disease Control and Prevention (CDC), the variant could be accountable for 26% of cases across the country.

A new, fourth surge in COVID-19 cases may be on the way as the virus' strain first detected in the UK becomes prevalent in the US, and the government ought to halt the reopening process while ramping up mass vaccination, an epidemiologist has warned.

In Thursday's interview with CNN's New Day, the director of the Center for Infectious Disease Research and Policy at the University of Minnesota, Dr. Michael Osterholm, said the US is "just beginning to surge."

"Denying it is not going to help us," Osterholm said. "We are walking into the mouth of this virus monster as if somehow we don't know it's here. And it is here. Now's the time to do all the things that we must do to slow down transmission, not open up, and we got to get more vaccine out to more people."

Coronavirus cases in the US "are just beginning to surge and denying it is not going to help us,” says epidemiologist Michael Osterholm. “This vaccine level that we have is not going to be nearly enough to stop the surge."https://t.co/bRTrOP2N94 pic.twitter.com/o4QU2VXAoC

"And if you follow what's happened in the past year, the upper Midwest and Northeast lights up first. They have the first set of cases and the southern Sunbelt states light up next," he explained. "Even though we're seeing a few cases in that area, mark my word, in the next six to eight weeks, we're going to see that area light up too. We need to get more vaccine out. That's the key message right now."

'I'm Scared': CDC Director Warns of 'Impending Doom' As US Passes 30 Million COVID-19 Cases
Osterholm added that people should obtain their second doses of the vaccines when the stockpile increases during the summer, but first the government should administer as many first doses as possible before the surge.

According to the US Centers for Disease Control and Prevention's (CDC) most relevant data, there are at least 12,505 cases of the so-called UK strain in 49 of the 50 states and the District of Columbia.

The state with the most cases linked to the variant is Florida with more than 2,300 identified cases in the past day, which recently welcomed thousands of Spring Breakers. It is followed by Michigan, with over 1,200 cases, which is already experiencing an increase in daily COVID-19 infections.

Together, the two states, along with Colorado, California and New Jersey, which recently has seen a 12% rise in cases and a spike in hospitalizations, account for 34.2% of all confirmed cases in the US.

The UK coronavirus strain was first discovered in September but it was not reported as a matter of concern until December. Since then it has spread across the globe. Several European countries have been recently exposed to new restrictions as a result of an increase in the number of cases of variants.

According to the UK media reports, it now accounts for at least 90% of all cases in the kingdom, and is considered to be about 56-70% more transmissible than the previous variants.