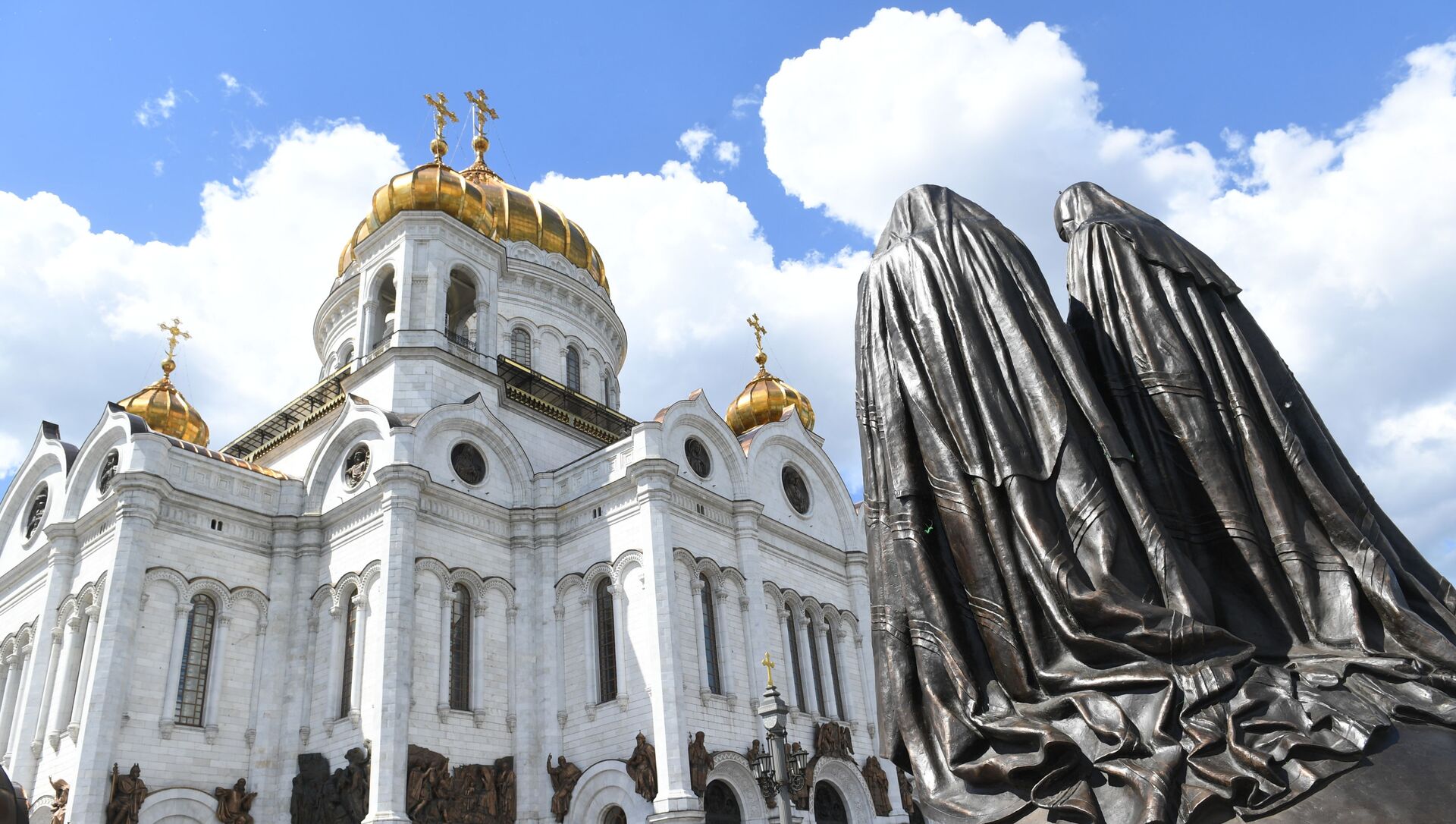 WASHINGTON (Sputnik) - Hierarchs from the Russian Orthodox Church will visit Washington, DC later this year to take part in celebrations dedicated to the 50-year anniversary of granting of autocephaly to the Orthodox Church in America (OCA), cleric of the Moscow Patriarchal Parishes in the United States Abbot Nikodim (Balyasnikov) told Sputnik.

"In the first half of November, if the global pandemic permits, a joint Divine Liturgy will be served in Washington, DC by the first hierarch of OCA - Metropolitan Tikhon of all America and Canada and the high representatives of the Patriarch of Moscow and all Russia, who will specifically travel to the United States for the anniversary events," Abbot Nikodim said.

The actual anniversary was in 2020, however both the Russian Orthodox Church and the OCA chose to postpone all celebrations in Washington, DC and other places amid the coronavirus pandemic. The special service in Alaska to commemorate one of the most venerated saints in both Russia and the United States - St. Herman of Alaska - has also been postponed.

"We still hope that the situation will allow us to hold at least some portion of these events," Abbot Nikodim said.

The Russian Orthodox Church granted a tomos of autocephaly, or decree of independence, to the OCA in April 1970 following decades of unsuccessful attempts of reconciliation after the Bolshevik revolution in 1917.

"By God’s grace, we have a very warm, constructive and brotherly relationship with the OCA," Abbot Nikodim said.

Abbot Nikodim noted that Metropolitan Tikhon and the clergy and faithful of the OCA supported the Ukrainian Orthodox Church of the Moscow Patriarchate after the uncanonical decision of Patriarch Bartholomew of Constantinople to grant independence to schismatics in Ukraine.

"We are thankful for this position, which demonstrates an open, kind and good-willed relationship between our churches in the best way," Abbot Nikodim said.

Moreover, Abbot Nikodim added that the Moscow Patriarchal Parishes in the United States will celebrate the 120-year anniversary of their main church, St. Nicholas cathedral in New York City in May by serving Divine Liturgies and organizing online events.

Due to the coronavirus pandemic restrictions in New York, the clergy and parishioners plan to organize various online events, he said.

“Currently we are conducting such preparations. In addition, we are producing a short and informative documentary about the cathedral’s history,” Abbot Nikodim said.

The ceremony of laying the cathedral’s cornerstone took place on May 22, 1901, led by then-bishop Tikhon (Bellavin), who became Patriarch in 1918 and was canonized by the Russian Orthodox Church as a saint in 1989.

The cathedral, located in Manhattan’s Carnegie Hill neighborhood of the upper east side, was consecrated in November of 1902.