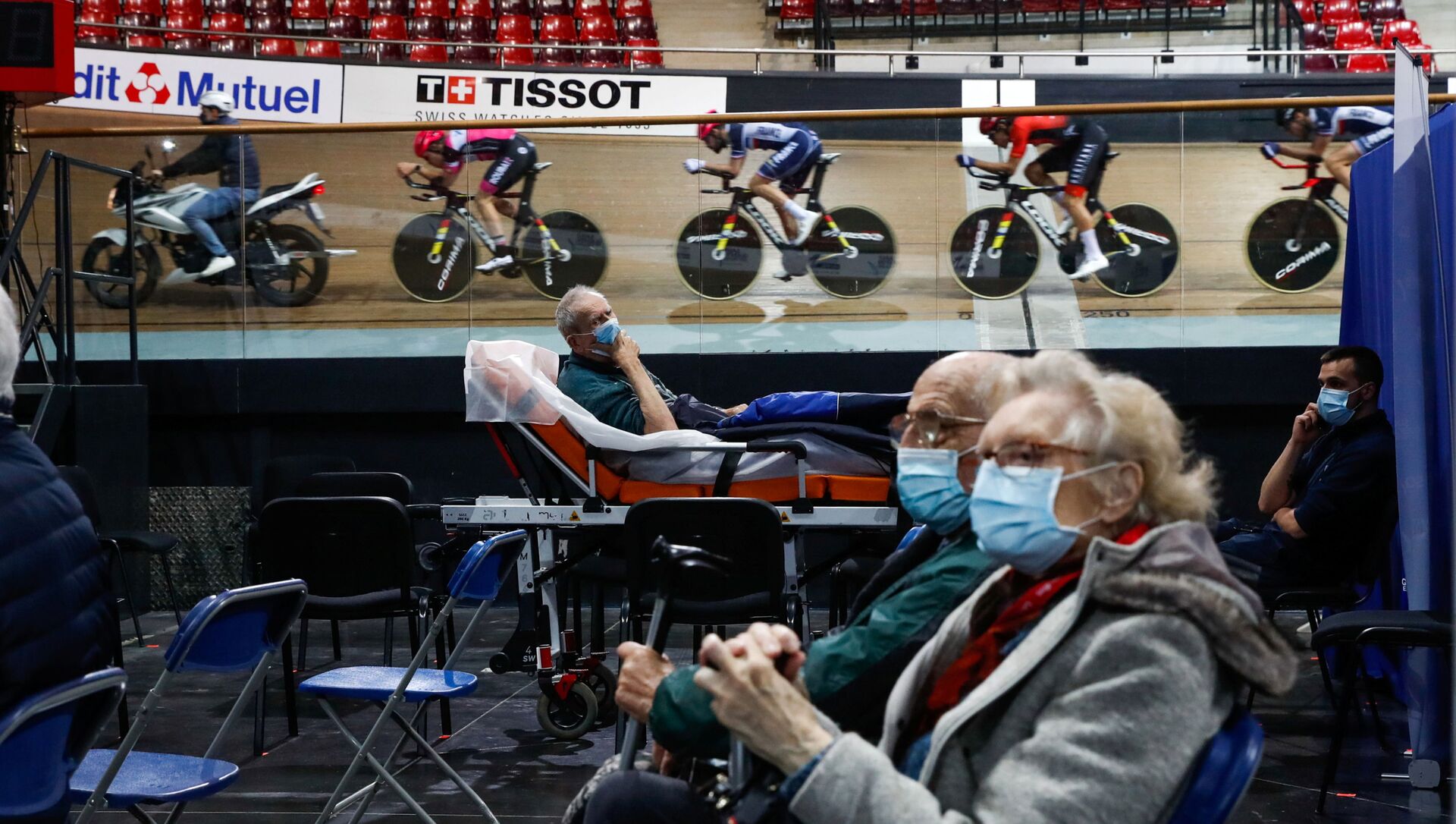 Oleg Burunov
All materialsWrite to the author
On Wednesday, President Emmanuel Macron ordered France into its third national COVID-19 lockdown to prevent a possible third wave of the coronavirus. The restrictions, in particular, stipulate the closure of schools for at least three weeks.

Marine Le Pen, the head of the French party National Rally, has lashed out at President Emmanuel Macron over his decision to introduce a new set of COVID-19-related restrictive measures across the country.

"The measures announced by Macron are mainly the consequence of a vaccination Waterloo", Le Pen tweeted on Wednesday, mentioning the expression the French use to mean a definitive defeat.

French Foreign Minister Jean-Yves le Drian, however, claimed that his country had given as many booster shots as Britain. He was echoed by Prime Minister Jean Castex, who argued that eight million people in France had received at least a first dose. "The vaccination campaign is progressing and is simplified every day", he asserted.

Le Pen also expressed regret that "it is the French people who suffer the consequences of these [lockdown] delays, of his [Macron] pride, and of his inconsistent decisionmaking, with a heavy price on their daily lives".

Additional restrictions in France, schools closing for 3 weeks (inc Easter hols), 10k travel restriction (but no attestation) and promise that the vaccine campaign will kick up a gear with restos etc opening up progressively from mid may. Fingers crossed this works 🤞 pic.twitter.com/1f7PAAKn63

Her view was shared by Gerard Larcher, conservative chairman of the Senate, who told reporters that one gets the impression of "a solitary president" running France.

"Never have we reached such top-down command. I urge him to change his ways", Larcher added, in an apparent nod to Macron.

The Senate chair spoke after the French president announced a third national lockdown on Wednesday, saying in a televised address to the nation that "we will lose control if we do not move now" and that "it is the best solution to slow down the virus".

During the address, Macron declared the toughening of restrictions, previously applied in the country's 19 departments with particularly high virus incidence rates, to be effective nationwide starting Saturday for four weeks.

France's Gov't in Hot Water as UK Inks Hefty Deal to Supply French-Austrian COVID-19 Vaccine Valneva
The restrictions include the closure of cultural venues, entertainment facilities, and non-essential shops. Also, schools and kindergartens are due to be shut for three weeks, and inter-regional travel is also to be restricted. The nightly curfew, which was introduced in mid-December, remains in effect.

The number of confirmed coronavirus cases in France increased to 4,569,568, with 95,062 fatalities, according to the World Health Organisation's latest situation report.