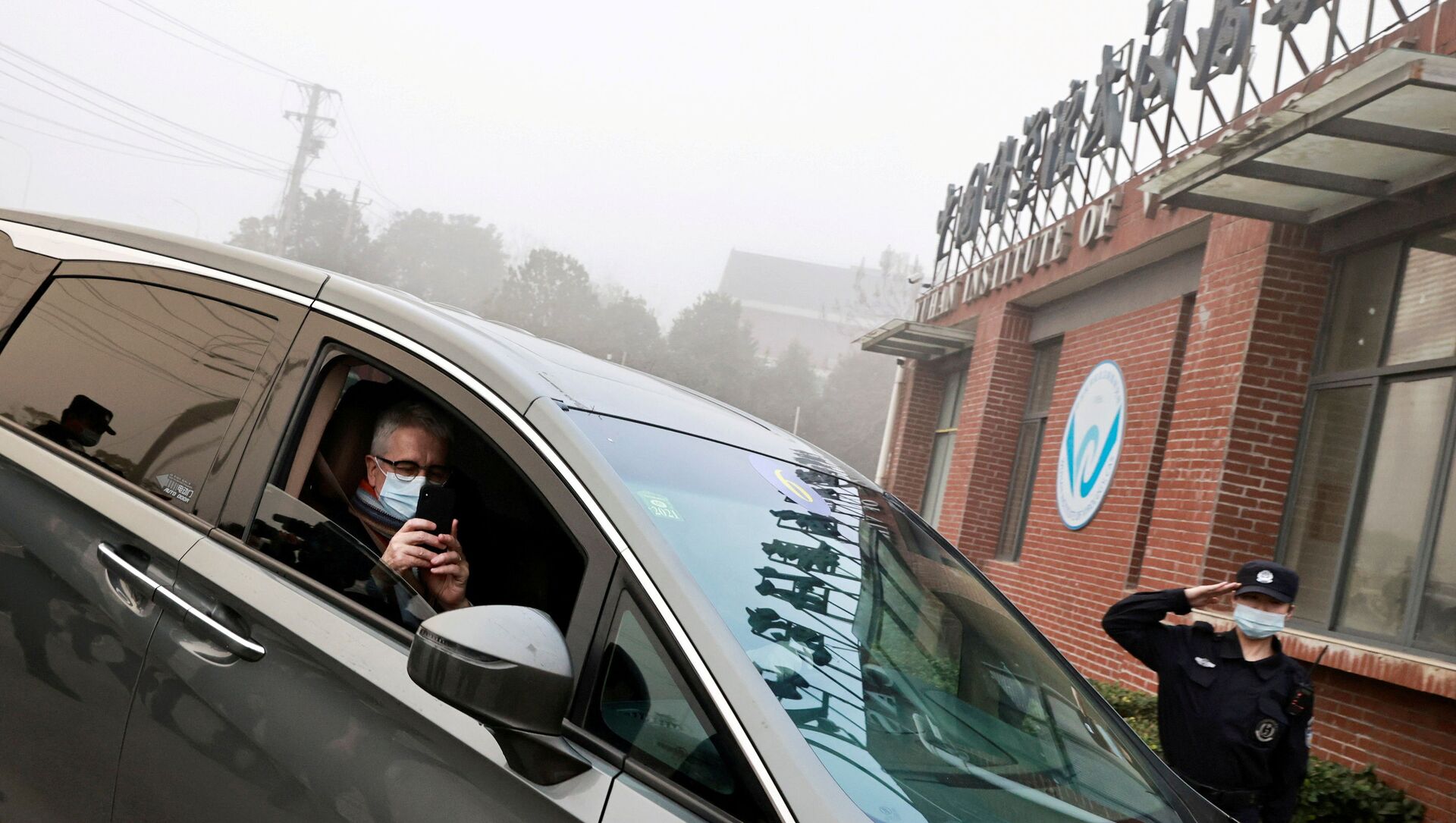 Morgan Artyukhina
All materialsWrite to the author
Since before the the 12-nation team of scientists visited Wuhan, China, earlier this year in an attempt to discover the origins of the virus responsible for the COVID-19 pandemic, Western nations and corporate media outlets were claiming China would block their efforts, reviving politically useful but scientifically discredited conspiracy theories.

In the wake of the World Health Organization (WHO) team’s report from Wuhan on the origins of SARS-CoV-2, the virus that causes COVID-19, the US and its allies have cried foul, claiming the Chinese government fouled their investigation after it failed to point the finger at Beijing. However, the scientists who led the probe are now pushing back, saying their academic report has unnecessarily become a political football.

“Multiple attacks daily, demonstrably false, but gullible followers believe them.” That’s how Peter Daszak, a New York-based zoologist who was part of the international team of scientists that visited China’s Hubei Province earlier this year, described the reactions of  “a gang of right-wing media outlets” on Twitter on Wednesday.

“Real issue is that this undermines science and ironically puts US citizens at risk by leading us into rabbit hole conspiracies instead of better understanding of how to prevent pandemics,” he added.

The WHO’s report, released on Tuesday, gave the theory the virus escaped from the Wuhan Institute of Virology the least credence of the four theories it examined, calling it “extremely unlikely,” but noting that “more timely and comprehensive data” is needed to draw firmer conclusions. The other three theories - direct and intermediate zoonotic spillover and cold food chain transmission - are all considered somewhere between possible and very likely. They also raised an additional possible vector: the 7th Military World Games, a huge military sports event Wuhan hosted in October 2019, two months before the first cases of the virus were detected. 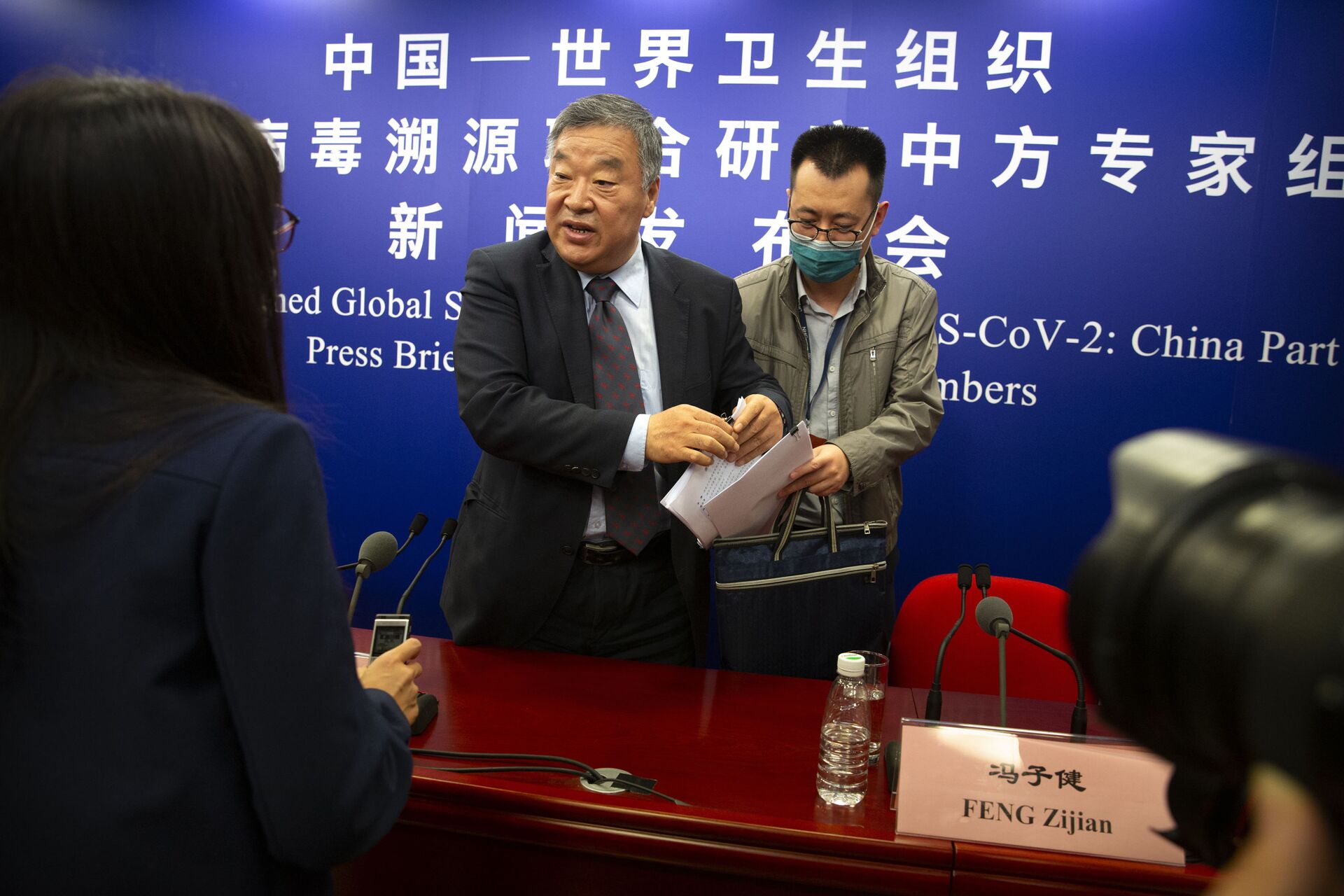 Liang Wannian, left, the Chinese co-leader of the joint China-WHO investigation into the origins of the COVID-19 pandemic, speaks with journalists after a press conference in Beijing, Wednesday, March 31, 2021.
© AP Photo / Mark Schiefelbein

Even before the report was released, the US and US-supportive academics were rallying against it. An open letter written on March 4 calls for a “full and unrestricted international forensic investigation into the origins of COVID-19,” claiming the WHO team “did not have the mandate, the independence, or the necessary accesses to carry out a full and unrestricted investigation into all the relevant SARS-CoV-2 origin hypotheses - whether natural spillover or laboratory/research related incident.”

The letter, signed by more than two dozen academics, was organized by Jamie Metzl, a senior fellow at the hawkish Washington, DC-based Atlantic Council think tank, which is funded by a host of Western defense contractors, oil giants and banks, and Gilles Demaneuf, a data scientist at the Bank of New Zealand.

Demaneuf has pushed the unfounded theory that the 2003 Severe Acute Respiratory Syndrome (SARS, or SARS-CoV-1) escaped from a Chinese biology lab and the DRASTIC research group he presently heads has tried to claim the same about SARS-CoV-2 through we-just-don't-know style essays like that set to be published in the UK Spectator on Saturday.

The US State Department also printed a statement on Tuesday signed by 13 other nations calling for a “transparent and independent analysis and evaluation, free from interference and undue influence.” Secretary of State Antony Blinken told CNN on Sunday ahead of the report’s publication that the US has “real concerns about the methodology and the process” of the report, including that the Chinese government “apparently helped to write it.”

One unexpected critic of the report has been WHO Director General Tedros Adhanom Ghebreyesus, who in comments accompanying the report’s release said he did not believe “that this assessment was extensive enough” and explicitly noted that “although the team has concluded that a laboratory leak is the least likely hypothesis, this requires further investigation, potentially with additional missions involving specialist experts, which I am ready to deploy.”

Origins of the Lab Leak Theory

The “Wuhan lab leak” theory originated early in the COVID-19 outbreak, when Steve Bannon, a former executive at right-wing news outlet Breitbart and a close political ally of then-US President Donald Trump, teamed up with exiled Chinese billionaire Guo Wengui to create a platform for a researcher at the University of Hong Kong named Li-Meng Yan who formerly worked on viruses in the coronavirus family. According to Harvard University’s Media Manipulation Casebook, Guo and Bannon brought Yan to the US, arranged a series of interviews for her, and bankrolled several self-published reports claiming to prove SARS-CoV-2 was a “Chinese bioweapon.” 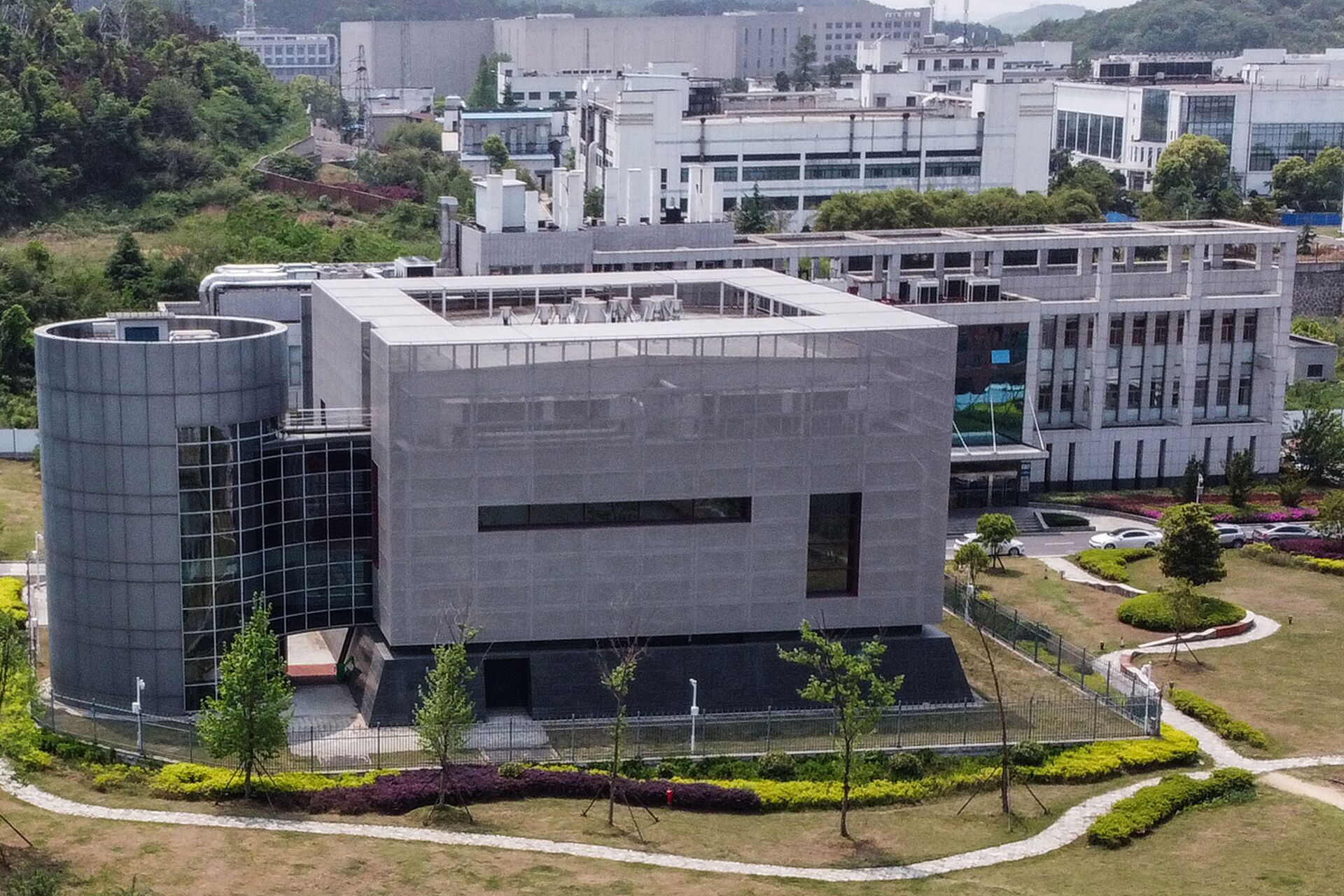 While Yan’s claims were published on Guo’s and Bannon’s G News as early as January 25, 2020, the story was soon being carried everywhere from ZeroHedge to Fox News to the New York Post. Peter Navarro, an economist who served as the Trump administration’s Assistant to the President, Director of Trade and Manufacturing Policy, and Defense Production Act policy coordinator, even tweeted out a story about Yan’s report in September using the hashtag #ChinaLiedPeopleDied.”

By March 2020, the SARS-CoV-2 genome had already been sequenced and scientists “irrefutably” concluded the virus had not been engineered.

However, Trump revived the theory in May as the outbreak spiraled out of control and US deaths approached 100,000 people, and he began searching for someone to blame, despite having praised China’s response to the outbreak earlier in the year. Since then, he and figures like Navarro and former US Secretary of State Mike Pompeo have continued to push the discredited theory, with former Centers for Disease Control and Prevention Director Robert Redfield making the claim just last week.

WHO Scientists Push Back

Daszak isn’t the only member of the WHO team to push back against the naysayers: Peter Ben Embarek, an expert on zoonotic diseases at the WHO who led the Wuhan team, has pushed back on attempts by Metzl and other sympathetic academics trying to paint the report as a frustrated investigation.

“We did not do an investigation,” Embarek tweeted at Metzl on March 10, in response to an invitation to meet with the open letter’s signatories. “We conducted and evaluated joint scientific studies.”

“I don’t know why you (and the banker group) continue to call it an investigation,” he wrote the same day to Alina Chan, a molecular biologist at the Broad Institute of Harvard and the Massachusetts Institute of Technology who has also signed the open letter under her initials Y.A. Chan. “The international mission was designed as part of a series of scientific studies.”

Chan has also pushed the lab escape theory about both SARS-CoV-1 and SARS-CoV-2, claiming in August during a Twitter argument with a number of immunologists and virologists that the theory it came from nature “is not backed by evidence.”

John Mackenzie, an Australian virologist who led the WHO’s 2003 mission to study the origins of SARS, criticized the rare moment of disunity from Ghebreyesus, telling Bloomberg the WHO chief “should be standing by his committee’s report” and noting he finds it “very strange that he’s demeaning it and he’s deflecting from it.”

Maria Van Kerkhove, the WHO’s technical lead on COVID-19, told Bloomberg the data collected by her Chinese counterparts in late 2019 was the most comprehensive she’s ever seen. Dutch virologist and WHO team member Marion Koopmans noted on Twitter that the US State Department’s suggested methods were questionable at best.

“Go in and demand data? Would that be accepted in US, UK, Australia etc? Interested to hear,” she mused.

​During an interview with China Global Television Network (CGTN) on Wednesday, Daszak urged critics to “READ the report! It’s hundreds of pages packed full of information that’s not been seen before, testing of thousands of samples that haven’t yet been published.”

He further noted that, contrary to claims that their research was blocked by Chinese authorities, while in Wuhan “we met scientists who are ready, willing and able to collaborate.” He noted the team had already intended to continue their investigation and welcomed support for their ongoing work, although he cautioned people to “decouple scientific research from political interference … it’s bad for our health!”