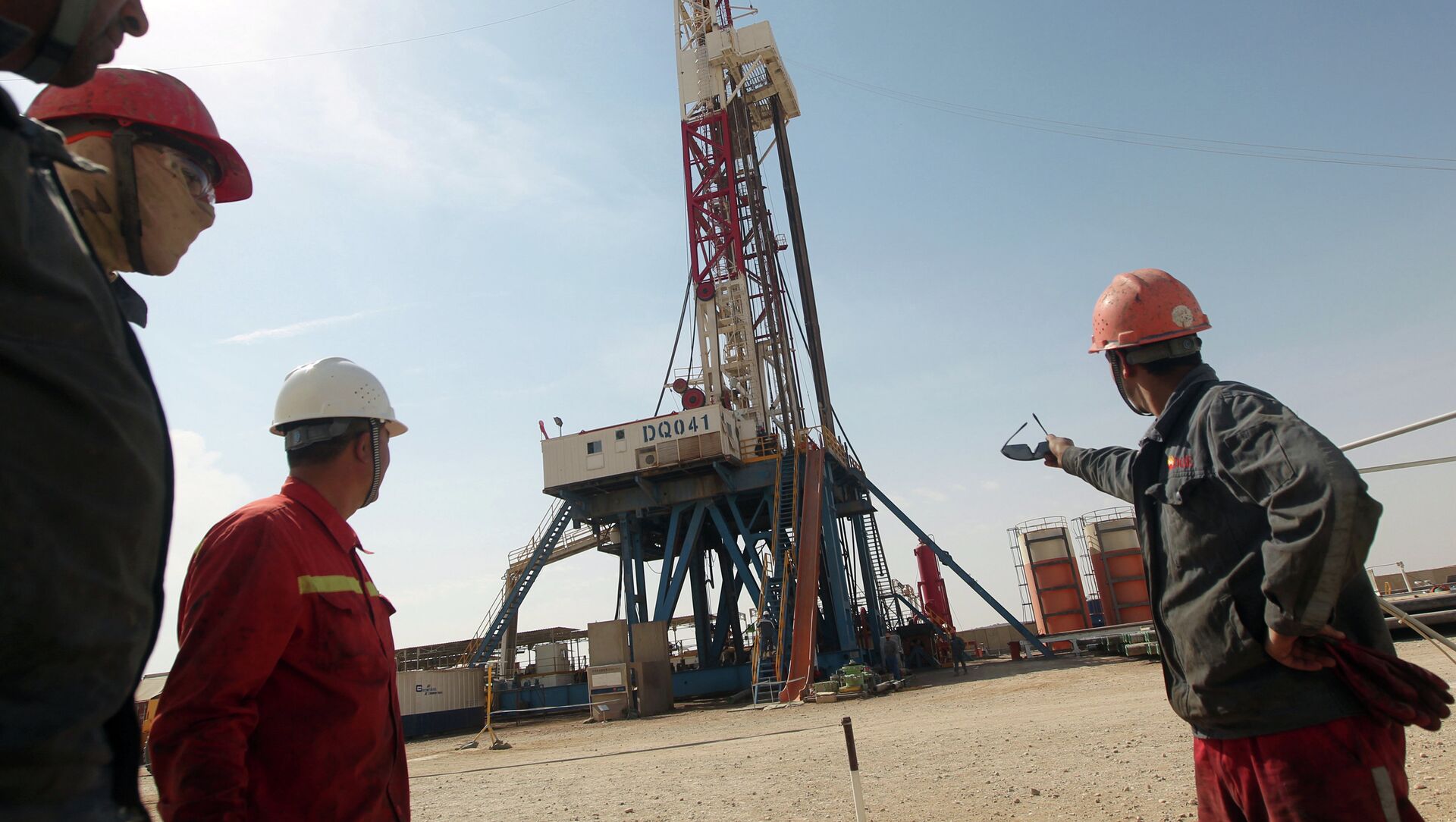 Morgan Artyukhina
All materialsWrite to the author
Washington has put steady pressure on Baghdad since 2018 to reduce its dependency on Iranian power imports, but the Kadhimi government has carefully manipulated US policy to win concessions while signing new deals with US adversaries including Iran, but also Russia and China.

The US has extended Baghdad’s sanctions waiver by 120 days, allowing Iraq to buy electricity from Iran “to meet its short-term energy needs while it takes steps to reduce its dependence on Iranian energy imports,” a State Department spokesperson told reporters on Wednesday. It has given Iraq such waivers since economic sanctions were reimposed on Tehran in 2018.

The waiver is the first such given by the administration of US President Joe Biden, who took office in January. His predecessor, Donald Trump, had shortened the waiver lengths in 2020 of as little as 30 days in an effort to increase pressure on Iraq to dissociate itself from Iranian trade, which Trump sought to totally strangle as part of his “maximum pressure” campaign. However, Iraq’s trade with Iran is extensive and necessary to Iraqi stability, particularly its shaky power grid, and with thousands of US troops based in Iraq, Washington can ill afford to totally alienate Baghdad.

A 2015 deal Iran signed with the US and six other powers saw Tehran give up its nuclear program in exchange for the lowering of strangling economic sanctions. However, in 2018, the Trump administration claimed Iran had been violating the deal and the US reimposed its sanctions. Although no other nation agreed with Trump’s claims, they still bowed to US demands to cut off trade, so Iran began slowly reducing its commitments to deal, such as refining more uranium and at higher purities. After Biden took office, it looked like the US would return to the deal, but now Washington insists Tehran must make the first move.

The US’ relationship with the Iraqi government also became increasingly precarious under Trump. After the US assassinated Iranian Maj. Gen. Qasem Soleimani with a drone strike outside Baghdad airport without first notifying the Iraqi government, the country’s parliament voted to demand that the 5,300 US troops stationed there should leave. In response, Trump threatened to freeze nearly $35 billion in Iraqi oil revenues stored in its New York Federal Reserve account.

Last month, airstrikes ordered by Biden against Shiite militias that had attacked a US-Iraqi base in Erbil were at carefully chosen sites just across the Syrian border “to avoid diplomatic blowback to the Iraqi government,” the New York Times put it at the time.

Iraq imports both electricity and gas to burn for electricity in huge quantities: the 38 million cubic meters of gas Iraq imports from Iran are responsible for as much as 45% of its 14,000-megawatt daily electrical consumption, and Iraq buys between 1,200 and 1,500 megawatts of electricity, according to Pars Today.

In June 2020, Iraq signed a two-year deal with Iran to buy electricity worth an estimated $400 million. However, Baghdad has its own plans for energy diversification. While sitting on some of the world’s largest petroleum reserves, Iraq’s production of oil and the associated natural gas are limited by production caps put in place by the OPEC oil consortium.

On Monday, Baghdad announced a major deal with French oil company Total to build complexes for treating associated gas - that is, natural gas bound up with crude oil pockets - which Iraq typically flares off as waste. According to S&P Global, their combined output will yield 16.9 million cubic meters of gas for electrical production, or about 40% of what Iraq buys from Iran. The deal will also see the construction of a 1,000-megawatt solar farm.

Iraqi President Mustafa al-Kadhimi traveled on Tuesday to Riyadh, where the two nations signed a slew of economic deals establishing a $3 billion joint fund for the "benefit of the Saudi and Iraqi economies, with the participation of the private sector from both sides," the Saudi Press Agency reported.

In addition, Baghdad has also signed a massive deal in November with China’s Zhenhua Oil Co. for a $2 billion, five-year oil prepayment scheme. OilPrice.com recently reported on how Kadhimi has deftly played the US to get what he wants via threats to pen deals with Iran, China or Russia, which is why Baghdad froze progress on the prepayment plan last month. At the time, Iraqi Oil Minister Ihsan Abdul Jabbar told the BBC that the change of plans was due to an unexpected rise in oil prices.