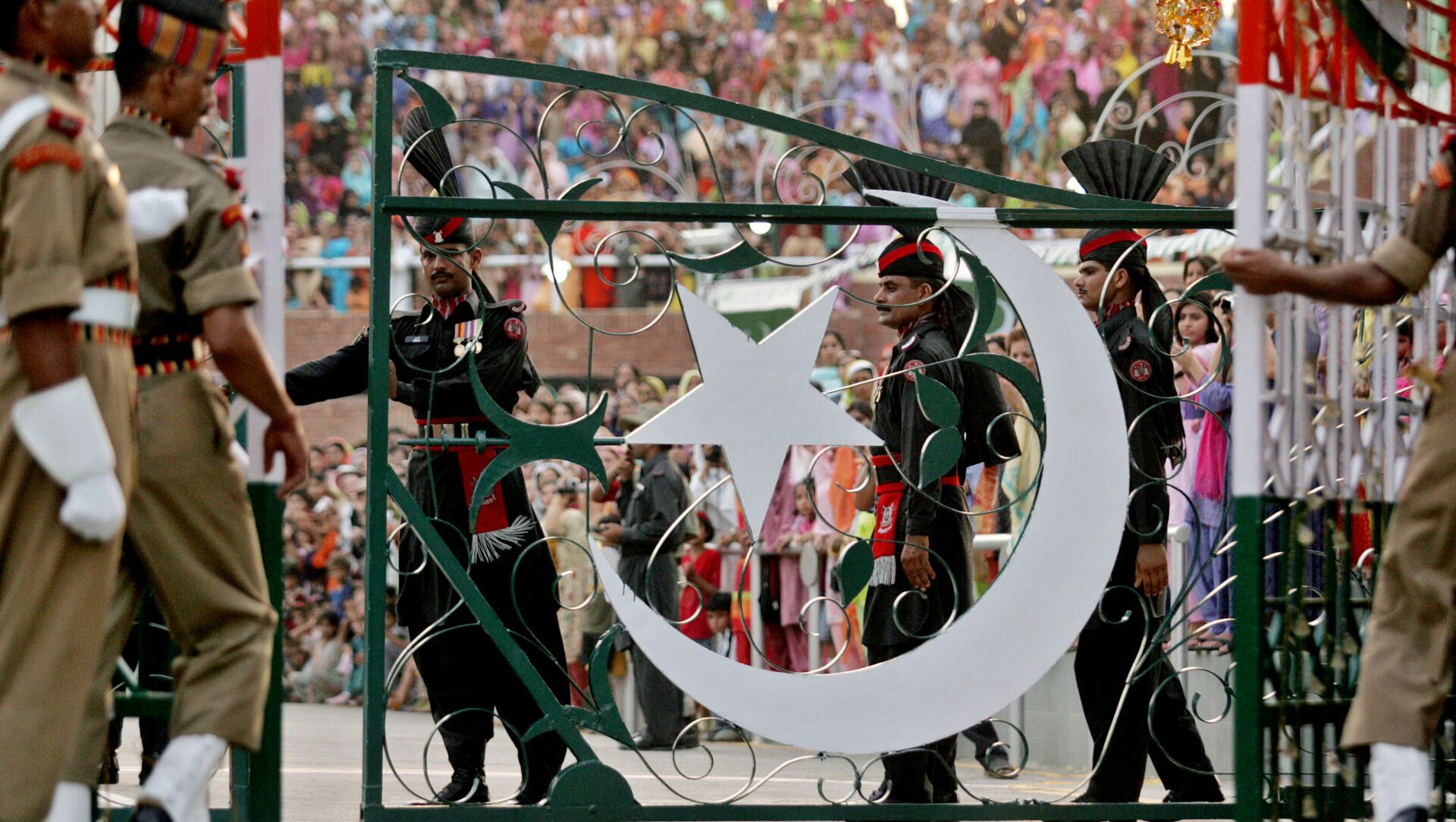 Dhairya Maheshwari
All materials
Bilateral ties between Pakistan and India, frosty since New Delhi's decision to alter Jammu and Kashmir's status in 2019, have shown signs of thawing in recent weeks. Pakistan's former foreign secretary and top envoy to India Salman Bashir says that Islamabad is now "prioritising" development as a strategic imperative.

Pakistan's Finance Minister Hammad Azhar on Wednesday announced that the government was reversing its August 2019 decision to suspend bilateral trade ties with India, as he revealed that Islamabad would soon start importing cotton and sugar from its neighbour.

The significant announcement marks the continuation of a thaw in relations between the two South Asian neighbours, who have been at loggerheads since Prime Minister Narendra Modi's government revoked the semi-autonomous status of Jammu and Kashmir in August 2019. It prompted a retaliatory response from Islamabad.

Bilateral ties continued to remain frosty through the rest of 2019 and 2020, only showing signs of improving last month, when the militaries of both countries signed an accord reaffirming their commitment to adhere to a 2003 ceasefire agreement.

In another significant statement last month, Pakistan Army Chief Qamar Javed Bajwa urged New Delhi to "bury the past" so that both nations could "unlock the potential" of South and Central Asia by improving connectivity. He, however, also stressed that resolving the status of Kashmir remained integral to normalising ties between the two neighbours.

The recent overtures by Pakistan's military and political leadership towards normalising ties with India, despite New Delhi doubling down on its decision to scrap the special status of Kashmir, marks a "paradigm shift" in Islamabad's approach, former Pakistani Foreign Secretary Salman Bashir told Sputnik during an interview.

Bashir, Islamabad's former top envoy to New Delhi and Beijing, however cautions that the Jammu and Kashmir issue can not be "sidelined".

Sputnik: Pakistan suspended bilateral trade with India after New Delhi's decision to abrogate Article 370. What prompted a change of heart from Islamabad?

Salman Bashir: Pakistan has decided to prioritise development as a strategic imperative. This requires creating an enabling environment within and in the region. This explains the policy of extending a hand of friendship in all directions. Reaching out to India and working towards trade normalisation is integral to Pakistan's paradigm shift towards achieving economic security and leveraging geography for inter-regional economic cooperation.

Sputnik: Has the Imran Khan government put the issue of Jammu and Kashmir on the backburner, as it tries to normalise ties with India?

Salman Bashir: The Jammu and Kashmir issue cannot be sidelined as it pertains to the aspirations and daily lives of the Kashmiri people. For sustainable progress in bilateral ties, it is necessary to address the Kashmir issue. Creating comfort for the Kashmiris is an essential minimum prerequisite in this regard.

Sputnik: What are Pakistan's expectations from the Biden administration when it comes to striking a balance in ties between Pakistan and India? There seemed to be some complaints in Islamabad against the Trump administration over its favourable treatment of the Modi government in the past.

Salman Bashir: We hope the US will adopt an objective and responsive approach towards South Asia that meets the requirements of poverty alleviation and economic and social development of the region as a whole.

Advancing peace and stability in South Asia will serve the cause of international peace. South Asia is not a mere subset of the so-called Indo-Pacific, but a region that deserves attention, integral to its specific security and developmental requirements.

Sputnik: Lastly, India has been making consistent efforts to isolate Pakistan on the global stage over its alleged backing of terror actors, as New Delhi claims. How successful would you say India has been in its efforts?

Salman Bashir: Unfortunately, this zero sum outlook has vitiated the environment and retarded the progress of the two countries and the region as a whole. Pakistan is not isolated. On the contrary, India itself is isolated as it faces a region awash in anti-India sentiments. Arrogance and hegemony create deep and lasting resentments.

Broadly speaking, India seems to be on the losing end of cooperative opportunities that are emerging in Eurasia and, in particular, economic collaborative processes taking shape under the Belt and Road Initiative (BRI) and its flagship initiative CPEC (China-Pakistan Economic Corridor).