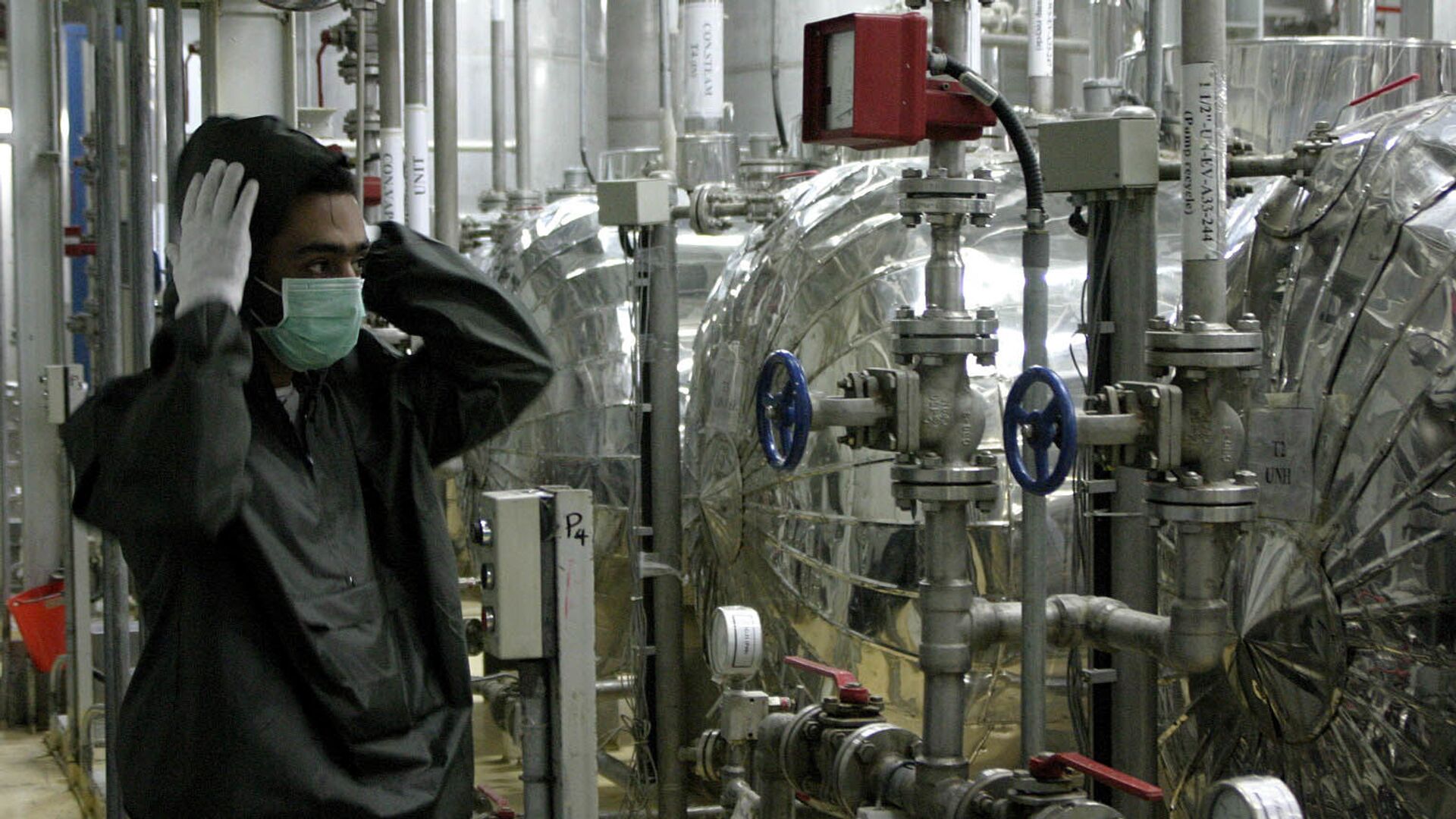 MOSCOW (Sputnik) - Iran has begun to enrich uranium using the fourth cluster of advanced IR-2m centrifuges at the country's main nuclear facility in a further breach of the 2015 nuclear deal, according to a confidential report by the International Atomic Energy Agency (IAEA) dated Wednesday and obtained by Reuters on Thursday.

Under the Joint Comprehensive Plan of Action (JCPOA), signed between Tehran and major global powers in 2015, Iran is allowed to enrich uranium only using first-generation IR-1 centrifuges at the underground fuel enrichment plant (FEP) at Natanz. Last year Iran began adding more advanced centrifuges that can enrich much faster than the IR-1.

"On 31 March 2021, the Agency verified at FEP that: Iran had begun feeding natural UF6 [uranium hexafluoride used for enrichment] into a fourth cascade of 174 IR-2m centrifuges," the IAEA report said as cited by Reuters.

Iran has already informed the agency about its plans to use six cascades of IR-2m machines at the FEP. According to the report, the remaining two cascades were installed but are not yet enriching, Reuters stated.

Iran May Reportedly Cease 20% Enrichment of Uranium Supplies if US Lifts 'All the Sanctions'
On March 8, the UN nuclear watchdog reported another instance of Iran violating the JCPOA by enriching uranium with a third cascade of advanced IR-2m centrifuges at Natanz FEP.

Multiple countries have prompted the restoration of the JCPOA. The current Biden administration has pledged to revive the deal, but the effort is impeded by neither of the sides willing to make the first conciliatory move.