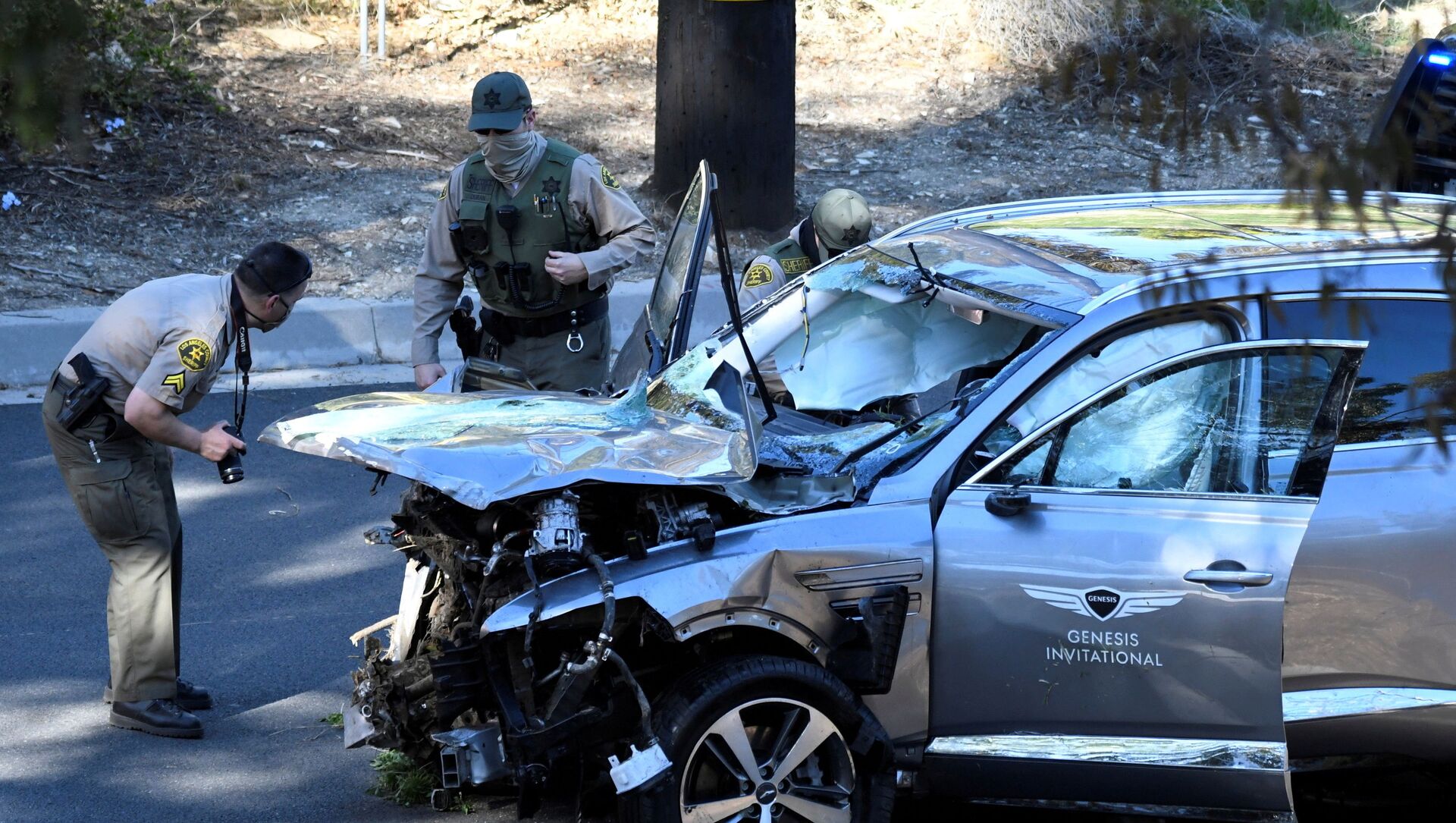 Nikita Folomov
All materialsWrite to the author
Officials had already indicated that the athlete showed no signs of impairment, and that the car crash was just a bad accident. Woods suffered several orthopaedic injuries in the crash and had to undergo a major operation on his right leg.

The Los Angeles County sheriff said the investigation into Tiger Woods’ car crash has concluded, and the cause has been determined by detectives. However, the details of the investigation will not yet be released because of privacy concerns.

"A cause has been determined, the investigation has concluded. We have reached out to Tiger Woods and his personnel. There's some privacy issues on releasing information on the investigation so we're going to ask them if they waive the privacy and then we will be able to do a full release on all the information regarding the accident,', the Associated Press cited Sheriff Alex Villanueva as saying.

During the investigation, detectives managed to obtain a search warrant for the data recorder, also known as the black box, of Woods' Genesis GV80 SUV. Sheriff Villanueva confirmed the investigators had all the contents of the box. “It’s completed, signed, sealed and delivered,” the officer told a press conference.

After the conference, the office of LA County Sheriffs posted a message on Twitter, saying that the information on the incident is governed under California Vehicle Section 20012.

The release of accident reports is governed under California Vehicle Code Section 20012. When we are able, we intend to release the information learned during the traffic collision investigation involving @TigerWoods.

Tiger Woods: Police Sources Say Golf Icon Didn’t Try to Slow Down His Car Before Crash
Associated Press added, however, that this section of state code does not govern releasing information outside the so-called "accident reports". The section says such reports must be confidential but still can be disclosed "to any person who may have a proper interest therein.''

​Woods, 45, got into an accident on 23 February when his car flipped after hitting a curb and smashing into a tree. The athlete sustained a number of injuries and was taken to hospital where he underwent surgery.