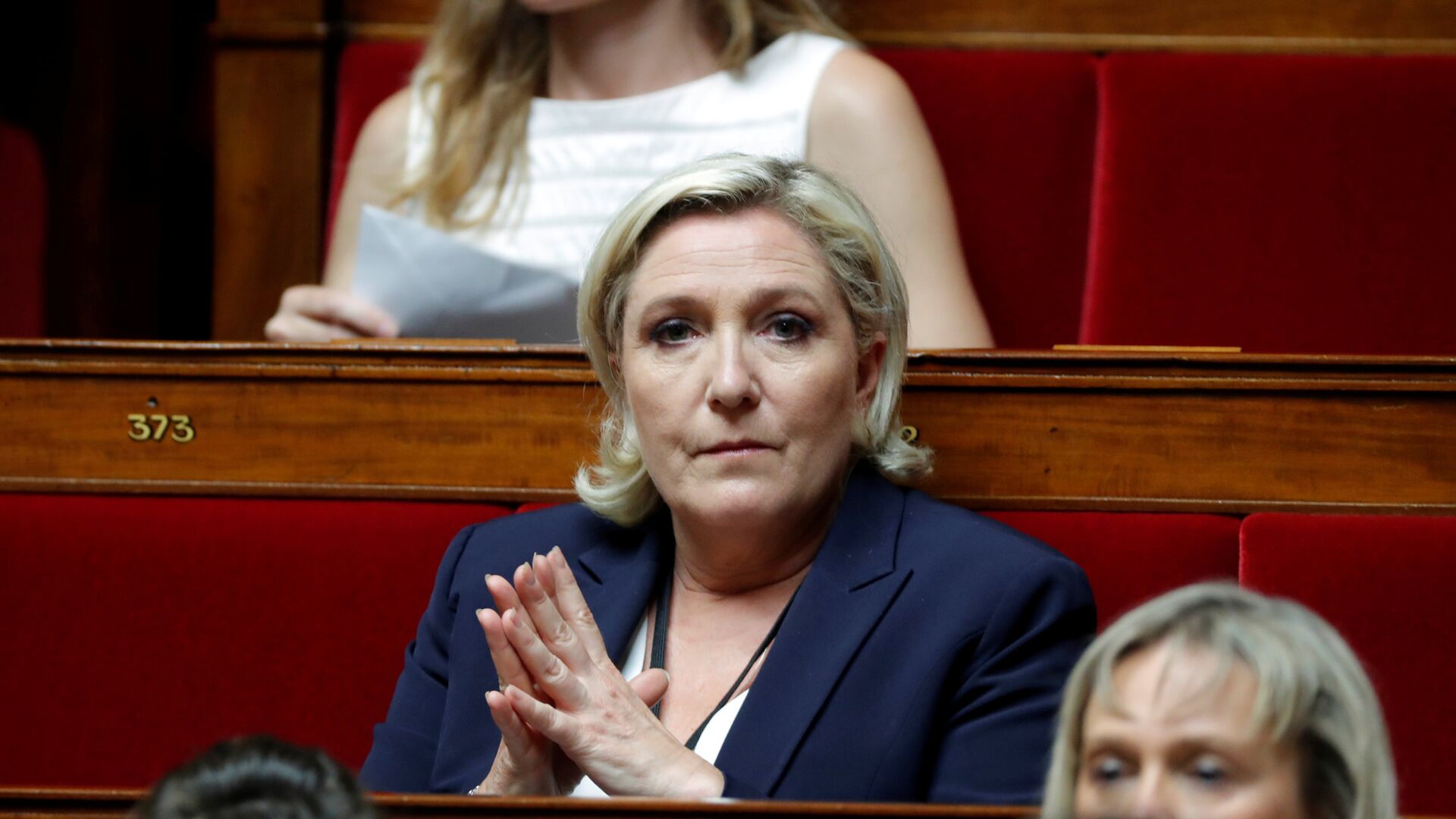 Late on Wednesday, Macron declared the toughening of restrictions, which previously applied in the country's 19 departments with particularly high virus incidence rates, to be effective nationwide starting Saturday for four weeks. Prime Minister Jean Castex presented the strategy to the lower parliamentary house, the National Assembly, for the voting, and is due to submit it to the upper chamber - the Senate - later in the day.

"We will vote against this text. For many months, we have believed that a general regime of self-isolation was a bad decision. We do not understand, in particular, why it is necessary to close shops, knowing that they are not a place of contamination," Le Pen told reporters, as broadcast by BFMTV.

She also added that the government has so far failed to do something "useful and competent" to end the epidemic.

France's Le Pen Says Government Should Consider Using Sputnik V Without EU Approval
The restrictions which will come into force in several days include closures of cultural venues, entertainment facilities, and non-essential shops. Besides, schools and kindergartens in the country are due to be shut for three weeks, and inter-regional travel is also to be restricted. The nightly curfew, which has been introduced in mid-December, remains in effect.

As of Thursday, France has registered over 4.6 million COVID-19 cases and more than 95,000 fatalities.