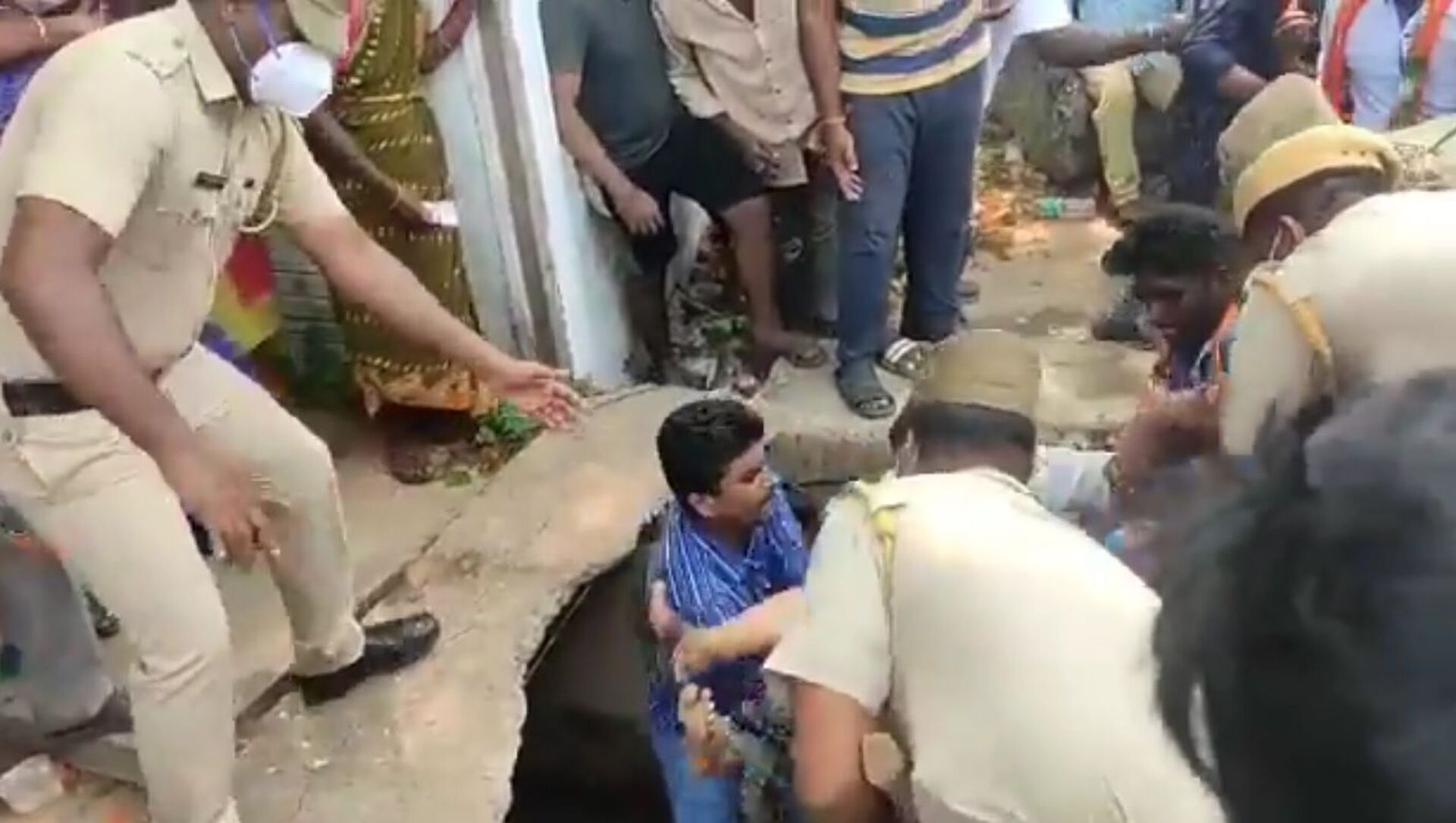 Radhika Parashar
All materialsWrite to the author
The Union Territory of Puducherry along with four states – Karnataka, Tamil Nadu, Assam and West Bengal - are in the throes of election fever for the Assembly Elections in India that kicked off on 27 March.

Five women suffered injuries after falling into a drain in India's Puducherry Union Territory on Thursday, as they were set to participate in a road show for Home Minister Amit Shah before the 6 April assembly polls.

They were standing on a slab covering the drain which collapsed, resulting in the accident.

A video of the incident showing locals and police officials helping the fallen women come out of the drain has surfaced on social media.

Around five women who had come to take part in the road show of Union Home Minister Amit Shah in Pondicherry fell into a drain and sustained injuries after a slab on which they were standing collapsed. pic.twitter.com/JiBXZo8nSi

Shah, who is also a senior Bharatiya Janata Party (BJP) leader, is in Puducherry on a one-day visit to woo voters.