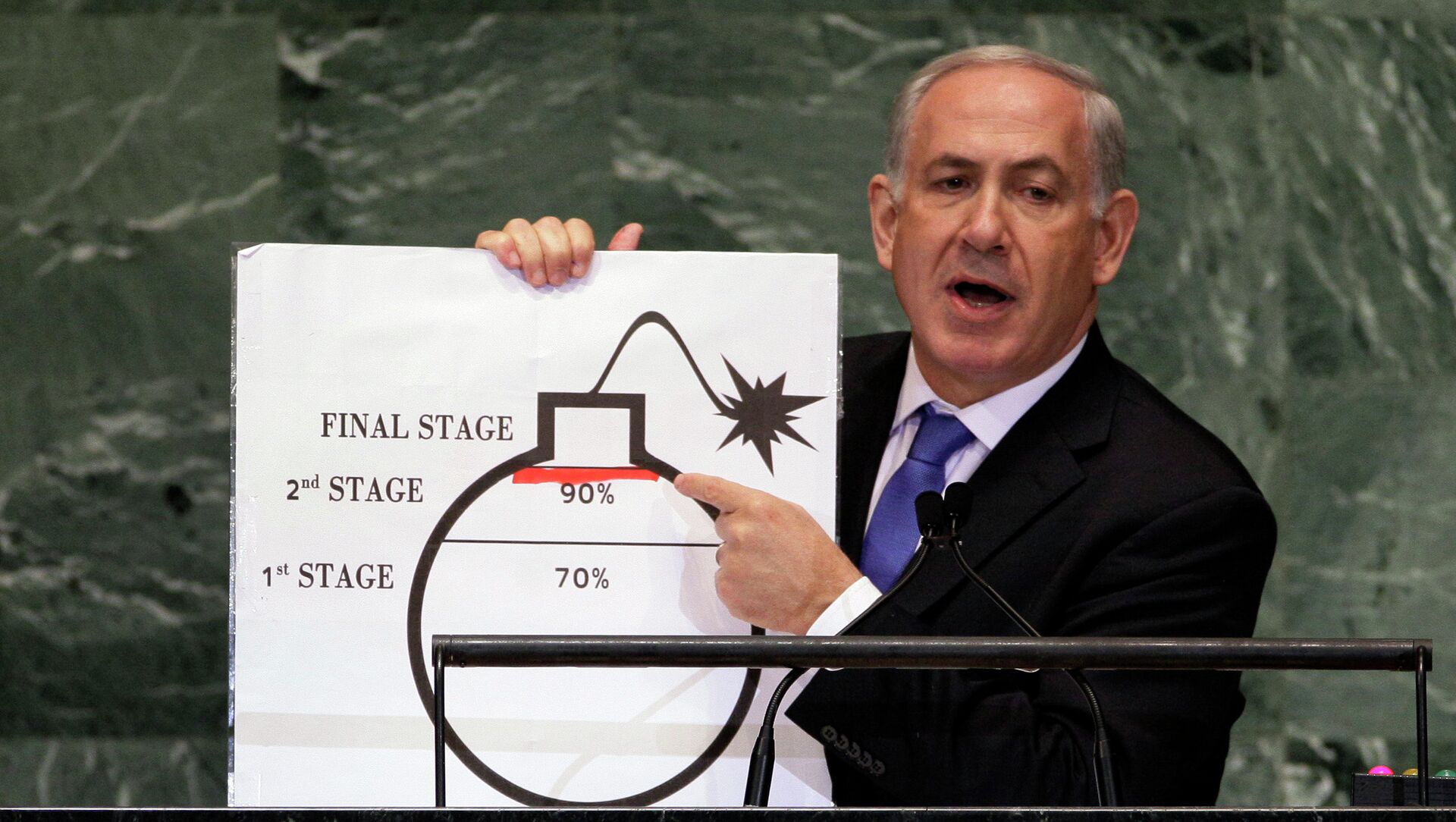 Elizabeth Blade
All materials
Over the years, Iran has given Israel plenty of reasons to worry. Officials in Tel Aviv have accused Tehran of working on developing weapons of mass destruction and of supporting terrorist entities. Yet despite calls to annihilate the Jewish state, an Israeli expert says the Islamic Republic does not pose an existential threat to his country.

Iran is not on Israeli Prime Minister Benjamin Netanyahu's mind at the moment because he's preoccupied with a political stalemate and efforts to form a coalition to remain in power.

Until recently, however, this wasn't the case. Before election fever kicked off Iran was Netanyahu's primary concern and his number one enemy.

It was Netanyahu who branded Washington's 2015 nuclear deal with Iran a "historic mistake", causing a feud with then-President Barack Obama. It was the Israeli PM who played a pivotal role in the 2018 US decision to leave the multilateral agreement and it was he who lashed out at a number of European states for bypassing sanctions imposed on the Islamic Republic and doing business with Tehran despite the ban.

Former Mossad Deputy Director Blasts Netanyahu for Allowing Iran to Get Stronger on His Watch
Netanyahu's obsession with Iran hasn't faded away with time.

At the beginning of March, he accused the Islamic Republic of attacking an Israeli vessel in the Gulf of Oman, accusations that Tehran denied.

And then he spoke to US Vice President Kamala Harris stressing that he would not allow Iran to obtain nuclear weapons, a mantra he repeated in a number of interviews to local media outlets during the election campaign.

Raz Zimmt, a research fellow at Israel's Institute for National Security Studies, says the obsession with Iran started long before Netanyahu, and it stems from the fear that the Islamic Republic is adamant about destroying the Jewish state.

Over the years, Iran has given Israel a number of reasons to worry. Slogans like "death to Israel" are regularly heard during Iranian demonstrations and public gatherings.

Iran has reportedly pumped millions of dollars into such groups as Gaza's Hamas and Lebanon's Hezbollah, both of which are considered terrorist organisations by Israel and it has been accused of seeking a nuclear bomb, raising fears in Tel Aviv that it could be used against the Jewish state, allegations that Tehran has repeatedly denied.

This is why there is a consensus in Israel that Iran is a threat, says Zimmt, but opinions vary on whether it is "existential" and how the Jewish state should tackle it.

"Some believe Israel should adhere to diplomacy when tackling Iran. Others back a more military approach, including an operation and maximum pressure".

Netanyahu is clearly in the latter camp, but Zimmt says it's not entirely clear whether the PM's obsession with Iran stems from his genuine fear of the Islamic Republic or it is a scare tactic aimed at retaining power and fame.

"I guess it is a combination of both. We do face an Iranian threat but I don't think it is existential, especially now that Israel has other problems to worry about and when Tehran still doesn't have nuclear weapons".

How Big of a Threat is Iran?

It was recently reported that Tehran had inched one step closer towards producing enriched uranium, with media outlets claiming that Iran could potentially obtain an atomic bomb, even though the country has consistently stated that it "has not and will not" pursue nuclear weapons.

Israel ‘Will Do Everything’ to Prevent Iran Getting Nuclear Weapons, Netanyahu Says
Zimmt predicts that the vicious cycle of mutual accusations and threats will not end any time soon, simply because Iran will not change its anti-Israel ideology and rhetoric.

Israel, for its part, will not be willing to budge when it comes to the issue of Jerusalem or the return of Palestinian refugees.

But that doesn't mean the situation will continue to escalate or evolve into a full-fledged war.

"The only scenario in which a full-fledged war would be possible is if Iran keeps revving up its nuclear plan, prompting Israel to strike their nuclear facilities".

However, with political instability in Israel still in place, doubts run high as to whether anyone in Tel Aviv would be willing to give such a command, meaning the war of words between the two nations will continue. And so will Israel's obsession with the "Iranian threat".