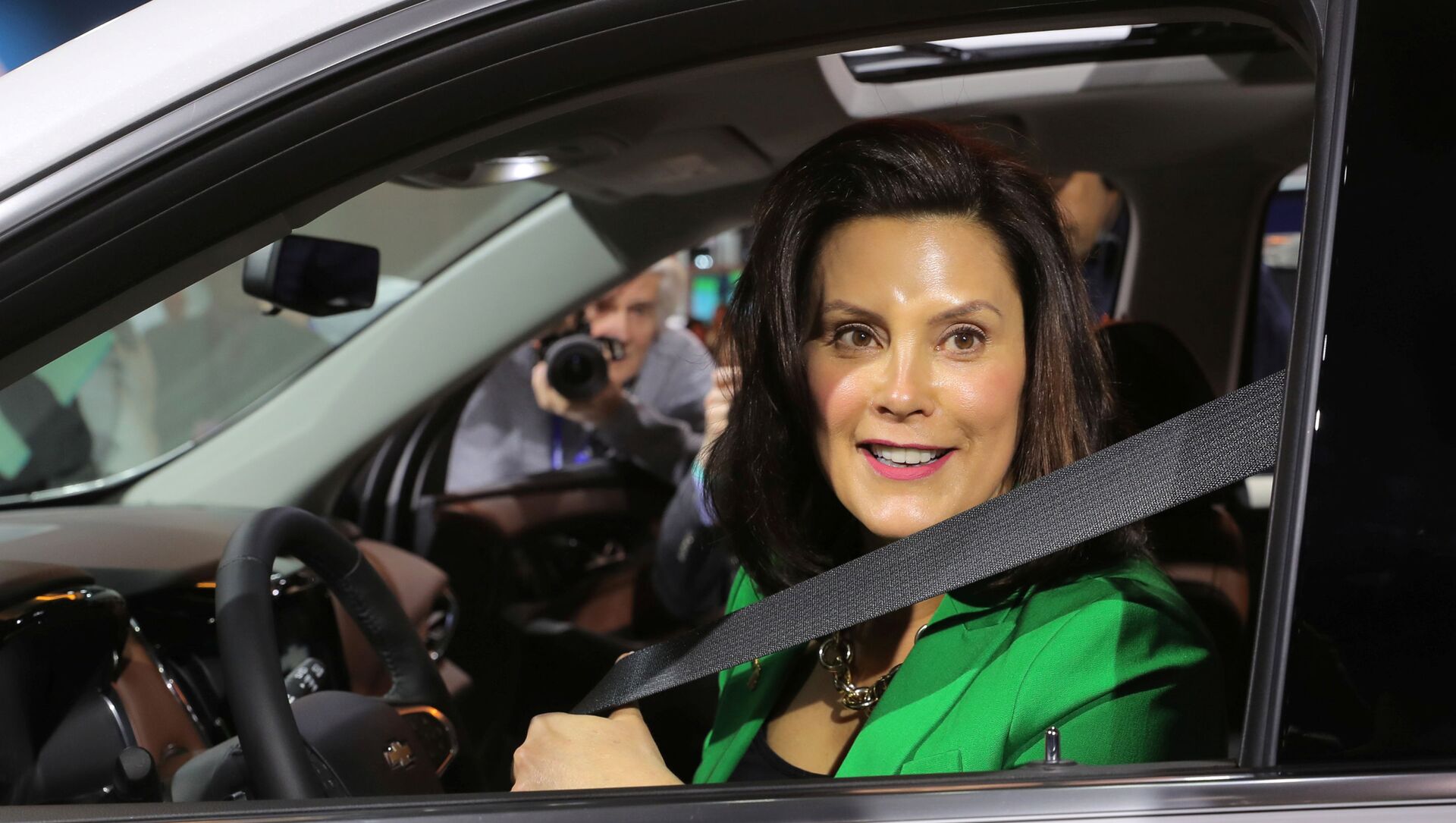 © REUTERS / REBECCA COOK
Subscribe
Kirill Kurevlev
Correspondent
All materialsWrite to the author
According to media, citing data from the Centers for Disease Control and Prevention (CDC), the Great Lake State now ranks second only to New York City in new coronavirus cases per capita. More than 6,300 new cases have been registered in the state recently, the most in nearly four months.

US President Joe Biden is increasing Michigan's coronavirus vaccine distribution by more than 66,000 doses for next week after receiving a call for assistance from Governor Gretchen Whitmer, some say, contrary to the accepted practice of population distribution.

According to reports, the additional doses diverted to Michigan now mean that the state will receive more than 620,000 doses next week, a new high for the state.

"I’m so grateful to have a partner in the White House that has our backs here in Michigan," Whitmer said while revealing the additional doses from Washington on Tuesday. "We know that the COVID-19 vaccine is highly effective at preventing COVID-19. These additional doses of the safe, effective vaccines will help us slow the spread of the virus, return to normalcy, and continue building our economy back better."

The Associated Press reported that the Michigan allocation would include 147,800 doses of the single-shot Johnson & Johnson vaccine, more than twice the amount that Michigan has received so far.

The Biden administration's decision came after Whitmer requested more vaccines in response to Michigan's recent increase in infections. According to media, it also seemed to be a step away from the population-based vaccine delivery policy in the United States.

It is uncertain at the moment if the increased doses for Michigan means fewer doses would be sent elsewhere.

On Tuesday, the White House coronavirus coordinator, Jeff Zients, stated that the Biden administration was not inclined to adjust its population-based formula, and urged Whitmer to work closely with the CDC to ensure that the additional doses for Michigan were administered in the most efficient way possible, according to the report.

On Sunday, a former head of the Food and Drug Administration, Scott Gottlieb, proposed allocating vaccines based on need rather than population.

"What we’re seeing around the nation right now, which is worrisome, are outbreaks in certain states — Michigan, the metro Detroit area, Boston around Massachusetts, the Tri-state region, New York, New Jersey, Connecticut, are experiencing an upsurge of infection," Gottlieb said in an interview. "And I think what we need to do is try to … surge vaccine into those parts of the country."

VACCINE RAMP UP: @ScottGottliebMD tells @margbrennan that increased vaccinations - at a rate of nearly 3 million a day - are a “good backstop” against future COVID-19 surges, but warns that there could be some hotspots around the country. https://t.co/BCojxsyijl pic.twitter.com/VdEbrLXQiQ

Daily virus cases in Massachusetts have increased by more than 40% since the first week of March, following a period of decline, CDC data shows.

The state's third surge in new daily cases since the outbreak of the pandemic comes against the background of the governor's decision to lift some restrictions aimed at halting the spread of the virus after the number of cases and hospitalizations decreased earlier this month, amid a flood of Republican criticism over the course of the pandemic.