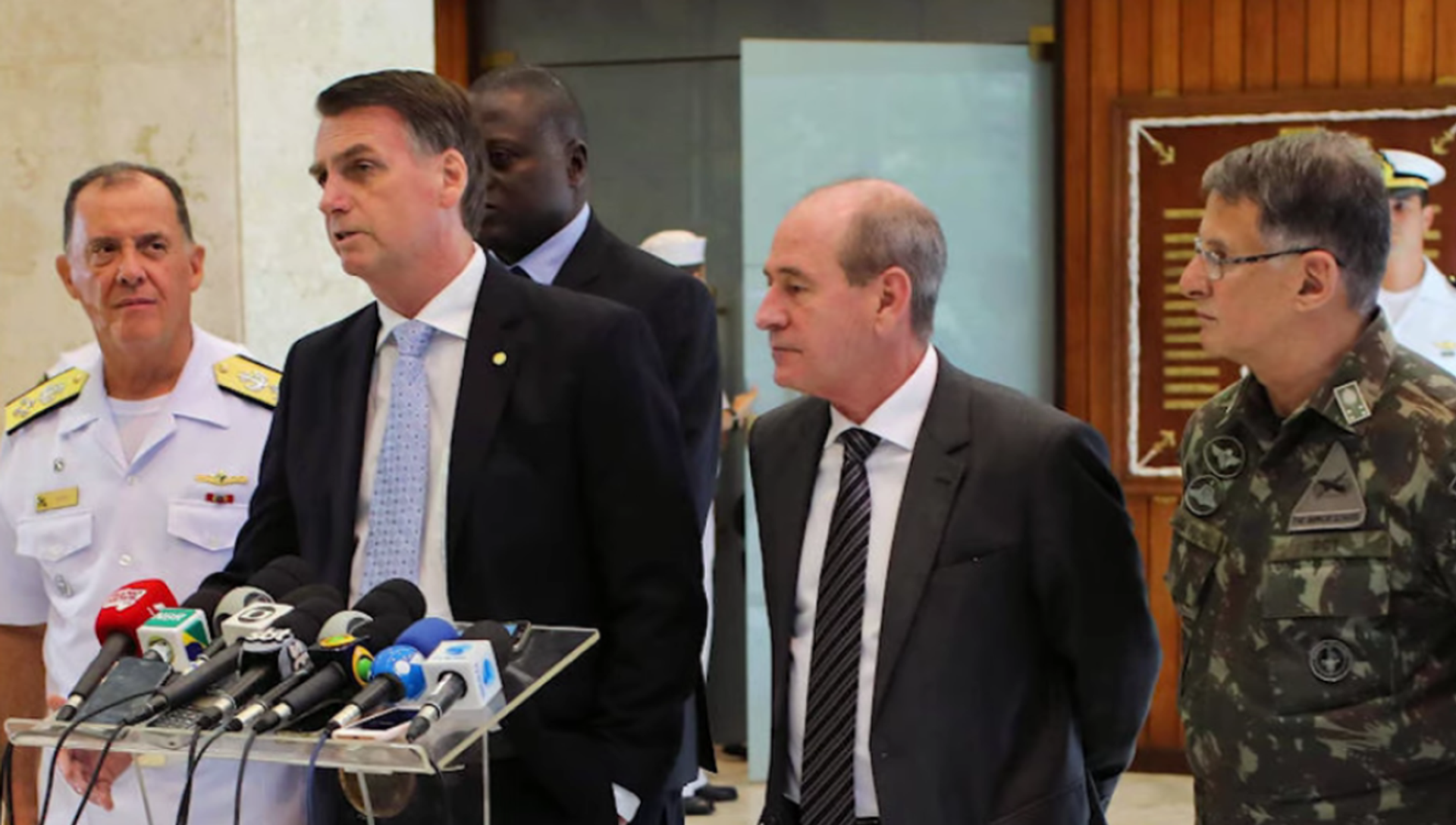 Morgan Artyukhina
All materialsWrite to the author
Brazilian President Jair Bolsonaro, a former army officer who served under the country’s brutal military dictatorship, has aroused new fears that he could attempt to use the military to stay in power if he loses next year’s election to the newly vindicated Luiz Inacio Lula da Silva, a hugely popular leftist and former president.

The three top officers of the Brazilian military tendered their resignations on Tuesday, a day after Bolsonaro fired his defense minister amid a sweeping government shakeup.

The joint resignations of army head Edson Leal Pujol, navy head Ilques Barbosa Junior and air force head Antônio Carlos Moretti Bermudez were announced in a Tuesday statement that gave no further reasons. However, that morning, they met with the newly minted defense minister, Gen. Walter Souza Braga Netto, for the first time. Each has previously butted heads with Bolsonaro over various policies, including COVID-19 lockdowns.

​“Since 1985, we haven’t had news of such clear intervention of the president with regard to the armed forces,” Carlos Melo, a political science professor at Insper University in São Paulo, told AP. That year was the end of the 21-year military dictatorship, a brutal regime founded on assassination and torture that seized power in a 1964 coup d’etat against leftist President João Goulart engineered and supported by the US government.

However, former Defense Minister Fernando Azevedo e Silva wasn’t the only official Bolsonaro fired recently: five other ministers also got the axe or were shuffled into new positions.

Andre Mendonca, the former justice minister, has taken over for Levi, and figures close to Boslonaro have been appointed to fill the open slots.

The shakeup comes amid the near-collapse of Brazil’s health infrastructure as it buckles under a COVID-19 outbreak Bolsonaro has refused to decisively address, insisting that the economic fallout of lockdowns is worse than the virus itself, which has killed some 312,000 Brazilians so far.

The power vacuum has created new fears that Bolsonaro might seek to expand his control over the military, which has strongly resisted his attempts to bring it back into Brazilian politics. A former army captain during the military dictatorship, Bolsonaro recently invoked the armed forces while coming out against COVID-19 lockdowns, telling reporters earlier this month: “my army doesn’t go to the street to force people to stay at home.”

In his resignation letter, Azevedo noted he had “preserved the armed forces as state institutions,” in reference to his keeping the military out of politics. However, Bolsonaro has positioned former military personnel throughout the Brazilian government with 46 federally-controlled companies and 11 ministries being led by former military men.

Likewise, when Bolsonaro threatened last November to defend the Amazon rainforest from raging wildfires with “gunpowder,” the trio of recently resigned military chiefs said in a joint statement that the armed forces “do not want to be a part of government policy or politics of the National Congress” and that they are “exclusively and exhaustively concerned with military matters.”

According to Brazilian journalist Débora Álvares, three high-ranking government sources, including a Supreme Court justice, they fear Bolsonaro is quietly preparing a "front to remain in power in 2022, even if he loses the election."

The likelihood he could be evicted from the Presidential Palace in Brasilia next year is now greater than ever, after former Brazilian President Luiz Inacio Lula da Silva had his 2018 conviction overturned by the Brazilian Supreme Court earlier this month, enabling him to run against Bolsonaro again. The hugely popular leftist figure’s late removal from the ballot in the 2018 elections enabled Bolsonaro, then a trailing candidate, to win the election without a serious challenger.

A poll published in late February found that Bolsonaro’s popularity is near its lowest point ever, with just 32.9% of Brazilians approving of his job as president.