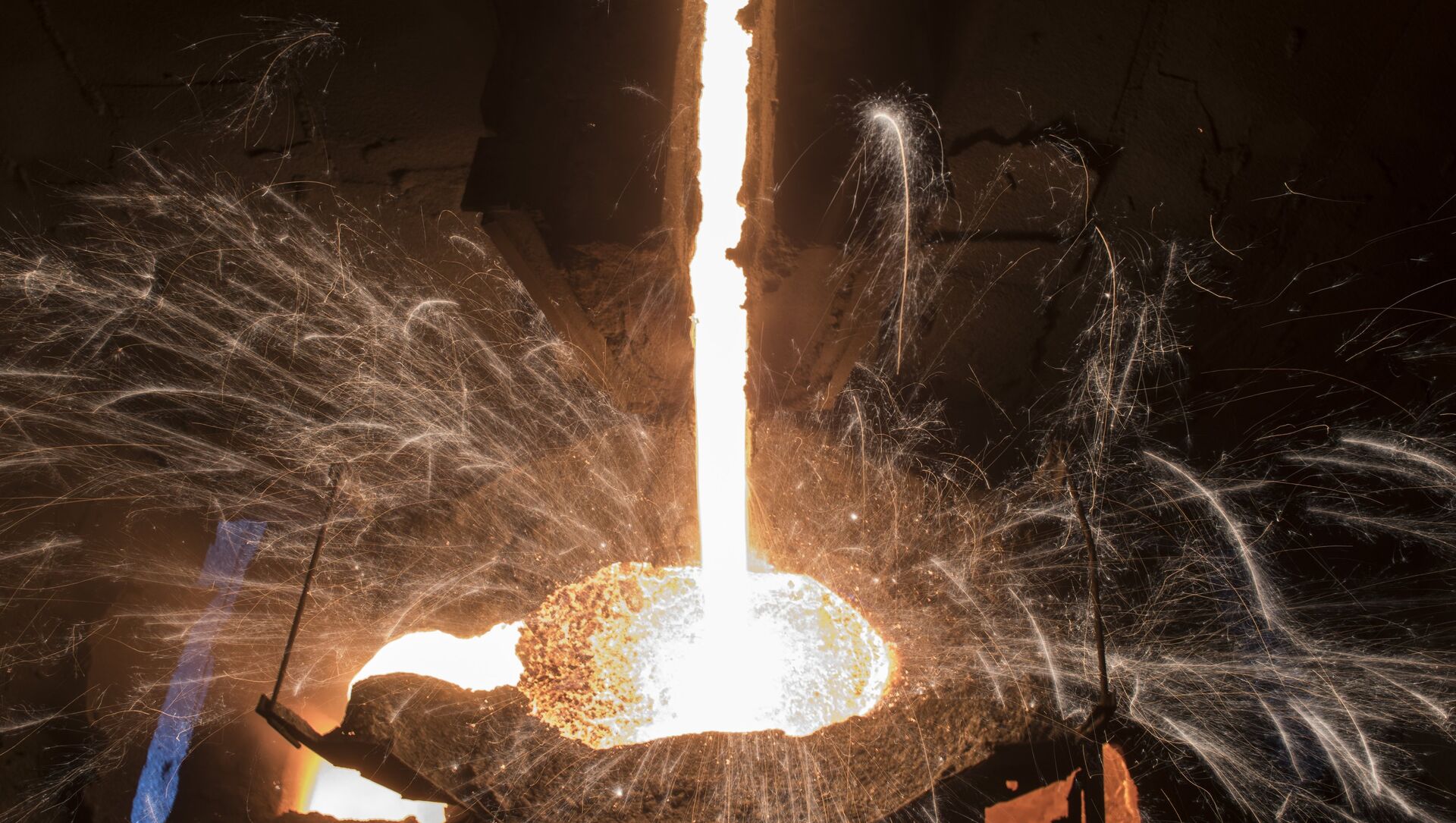 Tim Korso
All materials
In comparison to many of the world's major economies, China's has been enjoying rapid recovery rates, largely to due to a quick lifting of coronavirus lockdown measures. However, the country's stock market rally has since been impeded by tensions with western governments, including the US, and new rounds of sanctions.

A 33-year-old Chinese worker at the Baotou Steel factory has committed suicide by jumping into a working blast furnace containing molten metals at temperatures as high as 1,500 degrees Celsius (2,700 degrees Fahrenheit), the company operating the plant reported. Baotou Steel said that Wang Long, who has been working at the factory for 10 years, went missing on 24 March during his night shift.

His mysterious disappearance was soon explained after the company reviewed surveillance footage from that night. The video, which eventually surfaced on Chinese social media causing shock, showed Wang Long taking off his helmet and gloves, and throwing them into the furnace only to follow them in a few moments.

Baotou Steel alleged in its statement that the worker's brutal suicide was triggered by the loss of $9,100 on the stock market and the inability to "repay his heavy debts". It is unclear if Wang Long left a suicide note.

On the day of Wang Long's suicide, China's stock market fell sharply, with the country's indices dropping to a three-month low. China's stocks have mainly been bullish since the middle of 2020 largely due to the country's rapidly declining COVID-19 infections and swiftly recovering economy due to a fast lifting of the pandemic restrictions. However, the trend turned bearish in the middle of February, with Shanghai Stock Exchange (SSE 180) index falling to December 2020 levels.

Economists have attributed the decline in the Chinese stock market to a variety of issues ranging from the expected ending of the coronavirus stimulus measures to increasing tensions between Beijing and western nations. The latter have introduced a number of sanctions against China under the pretext of allegations of human rights abuse in Hong Kong and Xinjiang, which Beijing strongly denies.

The stock prices of Chinese companies may also be influenced by a lack of change in US policy towards Beijing, despite the departure of Donald Trump. Washington indicated during a recent summit in Alaska that it intends to confront China on a number of issues, such as presumably improper trade practices and alleged involvement in cyberattacks against the US. At the same time, the White House did not say it intends to lift restrictive measures against Chinese companies, such as Huawei, introduced under the previous administration.