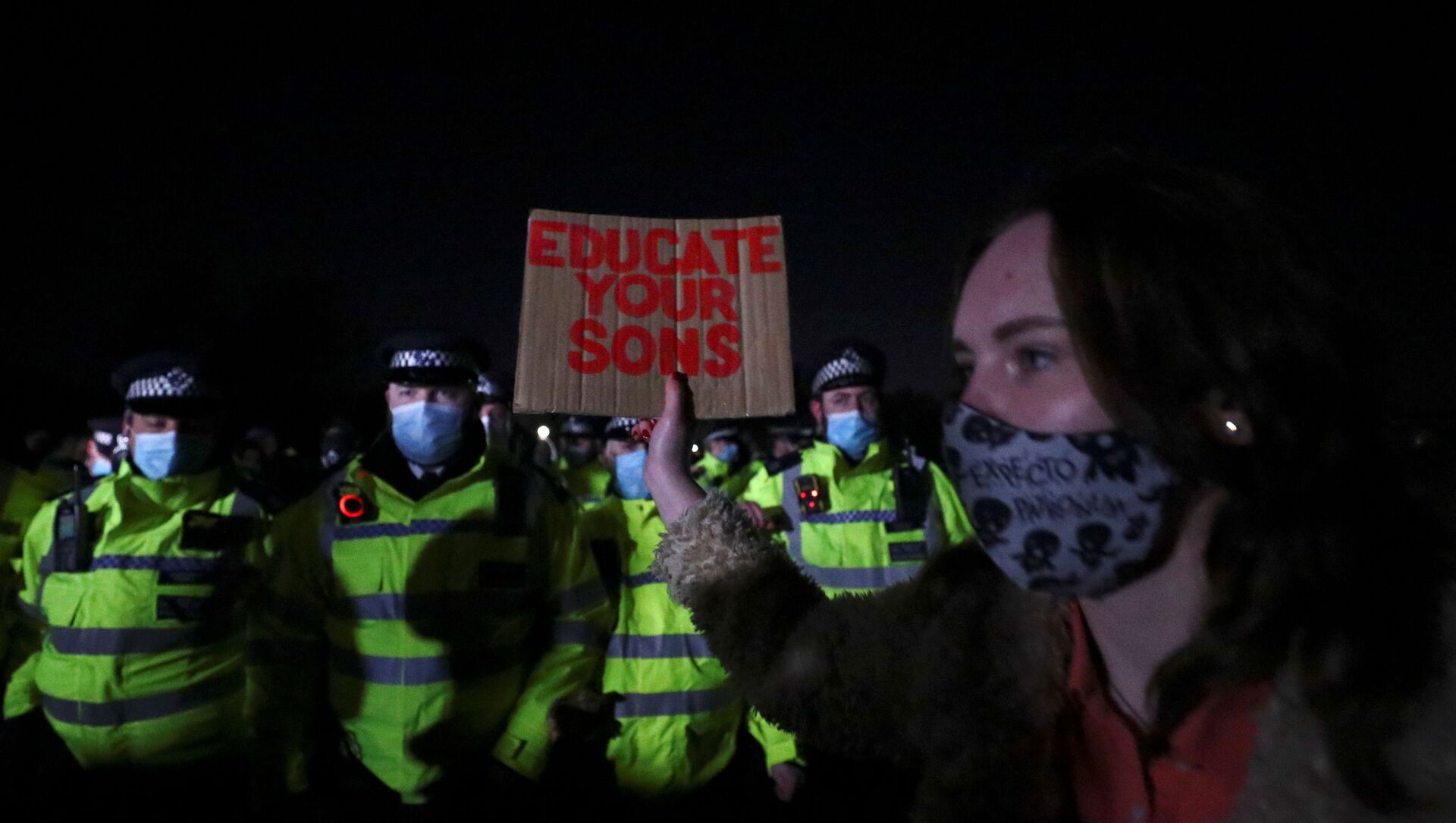 Oleg Burunov
All materialsWrite to the author
Sarah Everard went missing in London on 3 March and her body was found a week later in a woodland in Kent. A serving police was remanded into custody after he was accused of her abduction and murder. 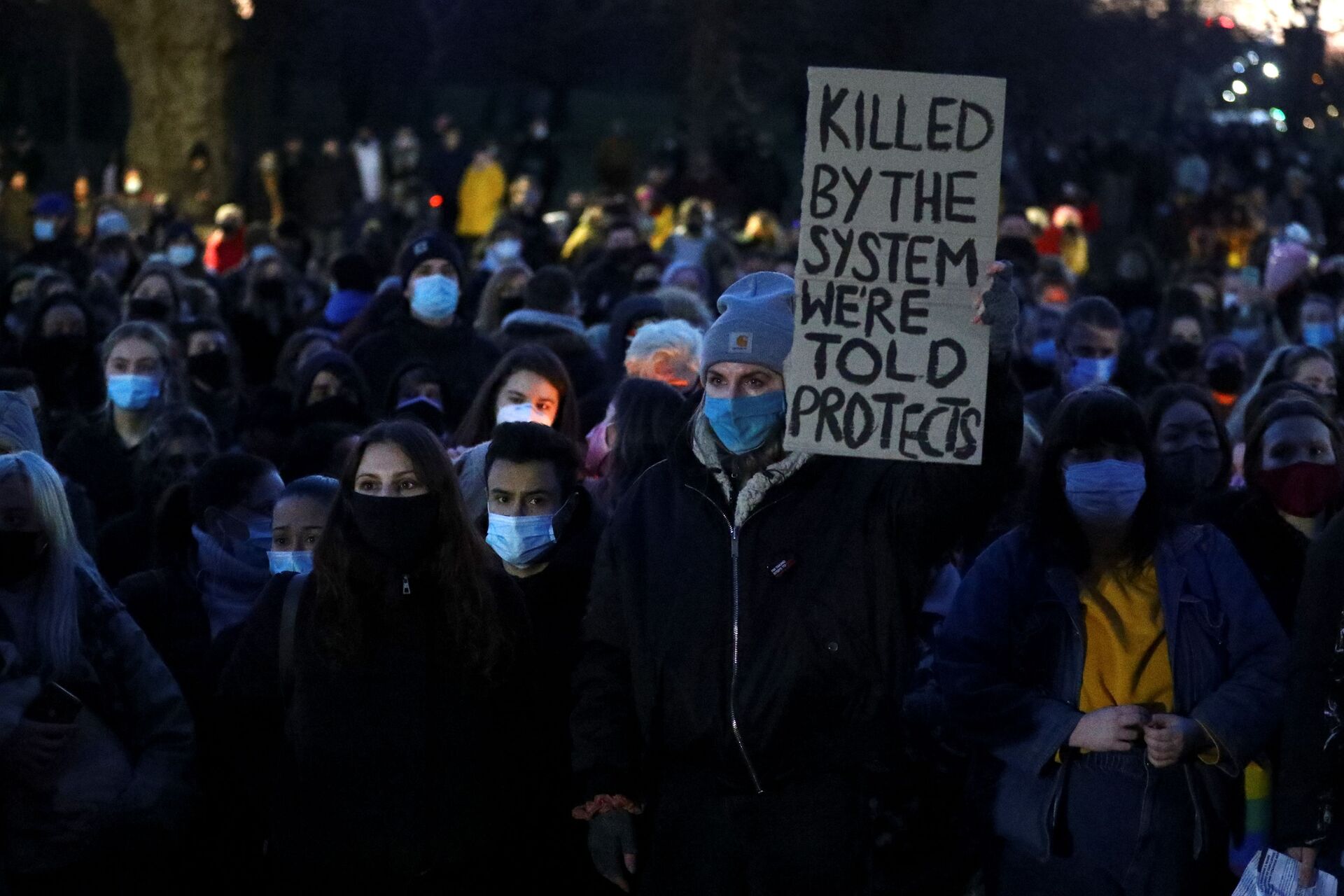 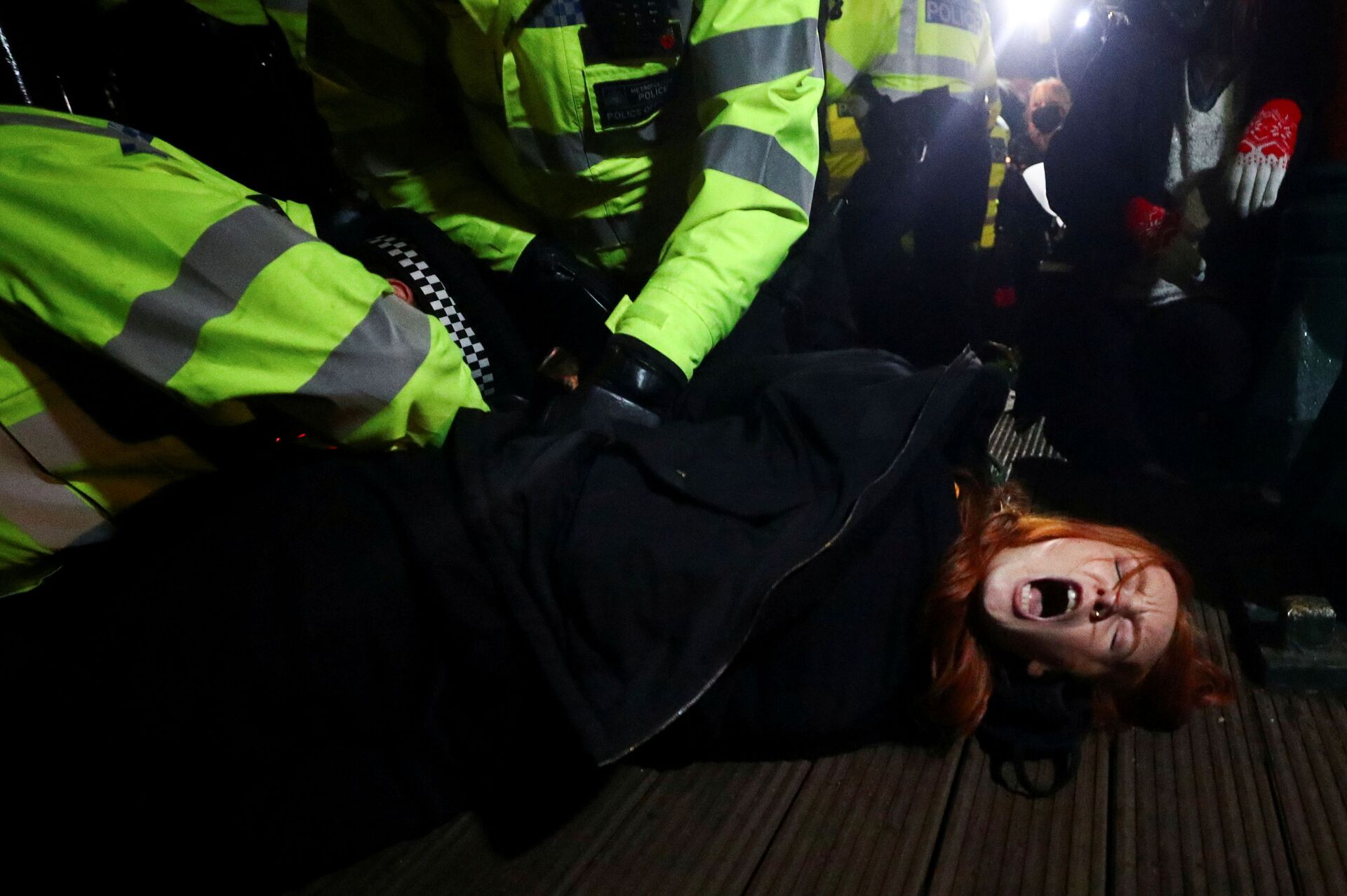 Police detain a woman as people gather at a memorial site in Clapham Common Bandstand, following the kidnap and murder of Sarah Everard, in London
© REUTERS / Hannah Mckay

Sarah Everard: Police Watchdog Probes Met Over 'Indecent Exposure' Incident by Suspected Murderer
London Mayor Sadiq Khan, in turn, said the response by Metropolitan Police officers was "neither appropriate nor proportionate", calling for an independent investigation into the matter.