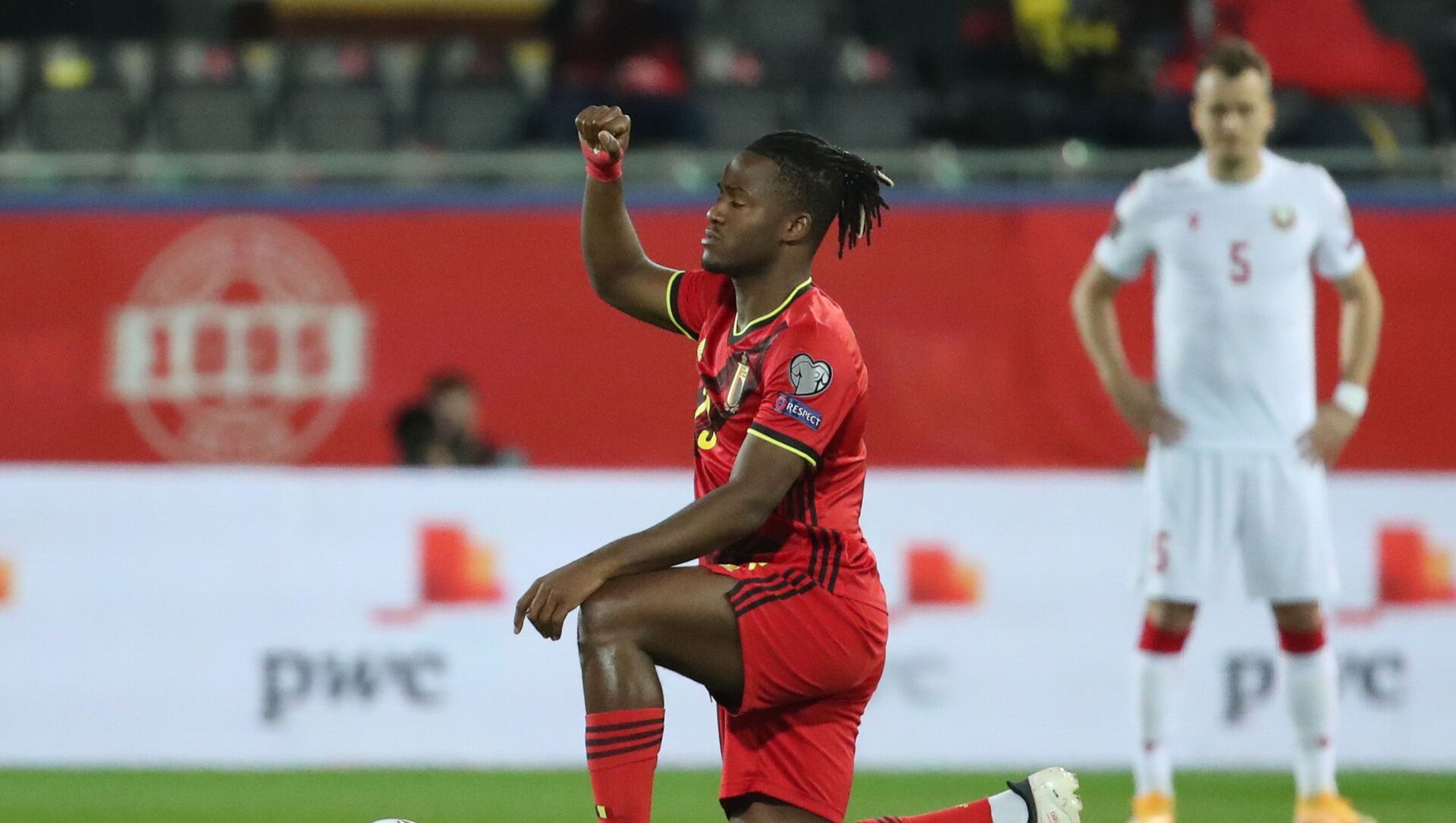 © REUTERS / YVES HERMAN
Subscribe
International
India
Africa
WASHINGTON (Sputnik) - American athletes and staff in upcoming tryouts for the Olympics can raise fists or kneel during the national anthem to protest racial and social injustices during upcoming Olympic trials, the US Olympic and Paralympic Committees (USOPC) said on Tuesday.

While the release gave no examples of permitted protests, it linked to an 18-minute video which detailed types of demonstrations that would be allowed. They include raised fists, kneeling during the US national anthem, signs and facemasks with slogans such as “Black Lives Matter” or “Trans Lives Matter.”

The video said the protests must be limited to racial and social justice themes and that demonstrations targeting other issues such as the environment, politics, and disease awareness would not be permitted.

The video also said the International Olympic Committee (IOC) would set its own rules for the upcoming Summer Games but that the US committee would with the IOC to devise rules for protests when athletes from around the world compete in Tokyo.

During the 1968 Olympics in Mexico City, American gold and bronze medalists in track were suspended by the IOC from the US team and banned from the Olympic Village over raised fists during the awards ceremony. Contrary to a common belief, however, the IOC did not force US athletes Tommie Smith and Peter Norman to return their medals.