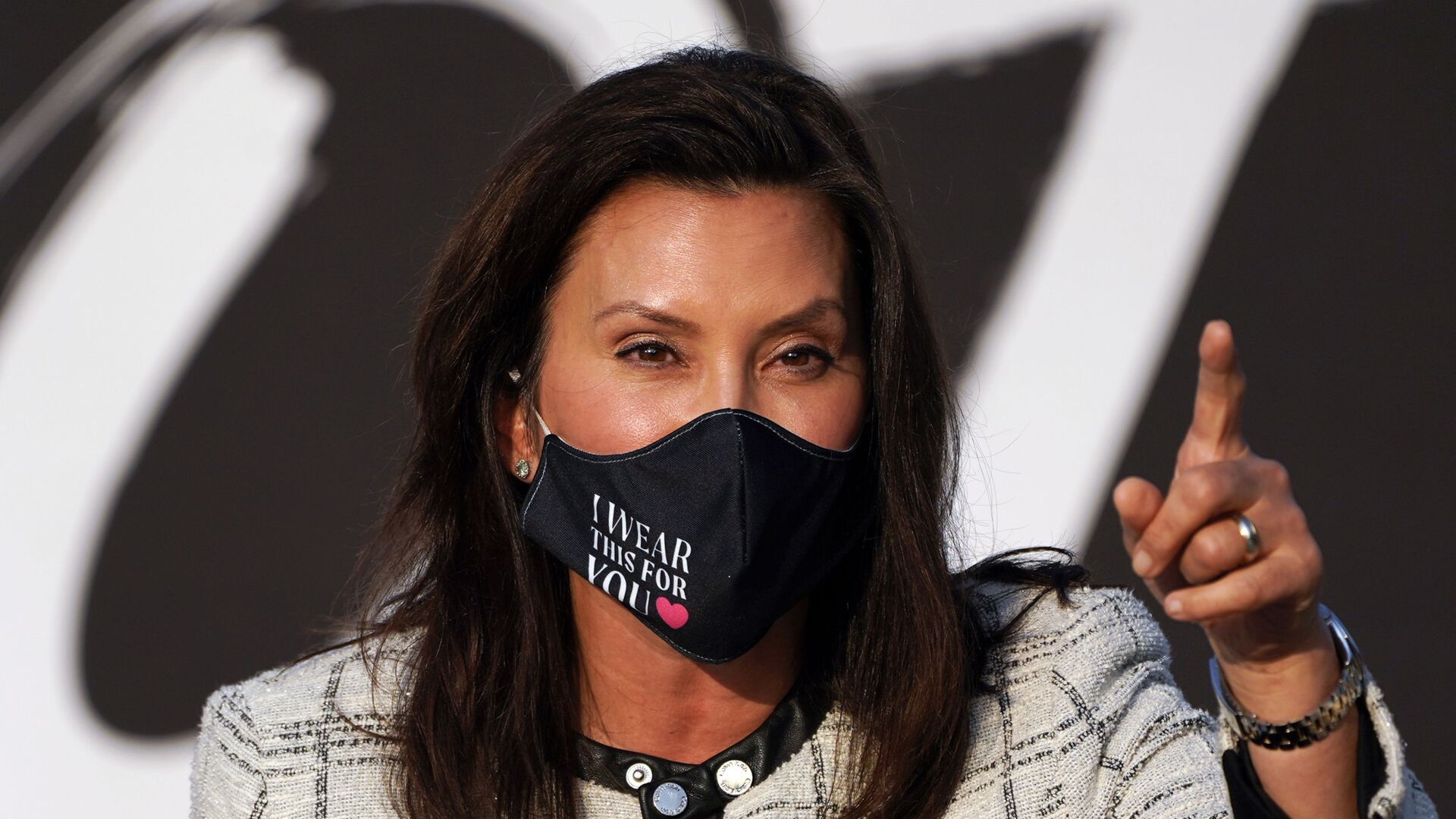 © AP Photo / Paul Sancya
Subscribe
Gaby Arancibia
All materialsWrite to the author
In October 2020, authorities with the US’ Federal Bureau of Investigation revealed that members of the Wolverine Watchmen militia group planned to kidnap Michigan Gov. Gretchen Whitmer in an effort to initiate an uprising. A total of 13 individuals were hit with a variety of charges, including terrorism and conspiracy offenses.

A judge in Michigan on Monday moved to dismiss terrorism charges against three of the men who were apprehended as a result of the Whitmer kidnapping plot, explaining there was a lack of evidence to support the charge.

Jackson County Michael Klaeren ruled in a preliminary examination of the offense that there is not enough probable cause when it comes to terrorism charges against Pete Musico, Joseph Morrison and Paul Bellar.

Klaeren ruled that the trio’s use of an encrypted communication network to discuss details surrounding the plot was “in many respects no different than thinking the thought to yourself.”

“One does not even need to know all the co-conspirators,” Klaeren concluded in his ruling, underscoring that “there has to be some form of intent here to incite mayhem.”

However, when it came to the additional charges that the group faces, the judge determined that there was sufficient evidence to support prosecution on offenses which include providing material in support for terrorist acts, gang membership and using a firearm during a felony.

“The intent is so clear that these individuals were going to do more than spout off threats to each other," Klaeren said. “They started a very big snowball that wasn’t going to stop.”

He further noted that the three men were “erratic” and “joined at the hip.”

Aside from the weapons charge, which amounts up to two years in prison, the terrorist acts and gang membership charges are punishable by up to 20 years in prison if they’re convicted.

It’s unclear when the trial will begin for Musico, Morrison and Bellar.

After announcing the criminal plot, the FBI revealed that the agency had become aware of the group’s efforts last year by utilising undercover agents and informants.