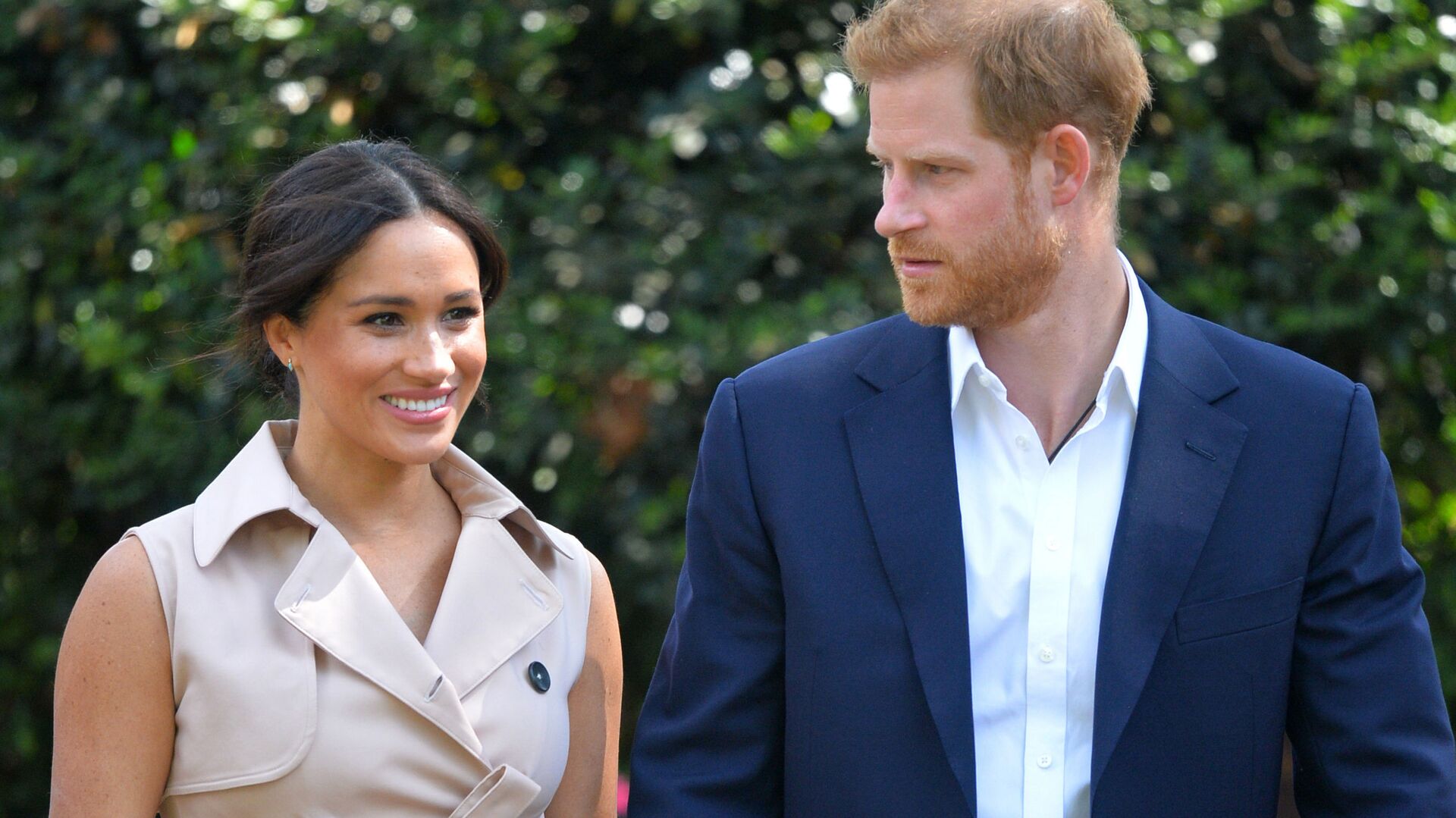 Aleksandra Serebriakova
Moscow-based Sputnik correspondent specializing in foreign affairs.
All materialsWrite to the author
The Duke of Sussex, recently unemployed yet busy working on his and wife's "empire" Archewell, has now landed not one but two jobs in the US. Prince Harry will now become part of a team at the well-being app BetterUp and a member of the Aspen Institute's new Commission on Information Disorder in a bid to combat "misinformation".

Prince Harry's job quest is not simply motivated by financial gains, but rather by his desire to have "relevance" and stay on the same level as his "impressive" wife Meghan, celebrity agent Johathan Shalit told The Telegraph.

"I've met Meghan on a number of occasions and she is a hugely astute woman, very bright, incredibly impressive", the agent argues.

According to Shalit, in order "to keep up with his wife", Prince Harry will have "to find his own name and identity and this is the start".

"He doesn't need celebrity. When you're royal, you're the biggest celebrity in the world. But what this does is allow Harry to have relevance", the agent suggests.

Prince Harry recently announced that he would be taking a role with BetterUp, a mental service application used by corporate giants such as Facebook and LinkedIn to help improve the well-being of its staffers via a search for appropriate coaches. It's not believed that the Duke of Sussex will manage anyone, but will help to boost the app's popularity as "chief impact officer". His salary is not known.

We are honored to welcome Prince Harry, The Duke of Sussex as BetterUp’s first Chief Impact Officer.

Learn more about how he will work to champion the importance of focusing on preventative mental fitness and human potential worldwide. https://t.co/MCAIADrdfc pic.twitter.com/kPL7jTZOGX

​Alexi Robichaux, who co-founded the app, told The Telegraph that Prince Harry's "very different background" will add a unique perspective to the Silicon Valley start-up.

"He's synonymous with this approach of mental fitness and really investing in yourself. It was not a hard internal sale. He will obviously have the whole organisation sprinting to help him", Robichaux added.

Harry, who is described on BetterUp's website as a "humanitarian, military veteran, mental wellness advocate, and environmentalist", is also getting another job alongside Rupert Murdoch's daughter-in-law to become a member of the Aspen Institute's new Commission on Information Disorder which purports to resolve the "modern-day crisis of faith in key institutions". The project is expected to run for six months but will reportedly not top up the soon to be father of two's coffers.

But the Duke of Sussex, who claimed in the interview with Oprah Winfrey that he was "cut off financially" from the Royal Family when he and wife Meghan decided to leave their senior positions within the institution last year, has since forged some lucrative deals with the streaming giants Netflix and Spotify.