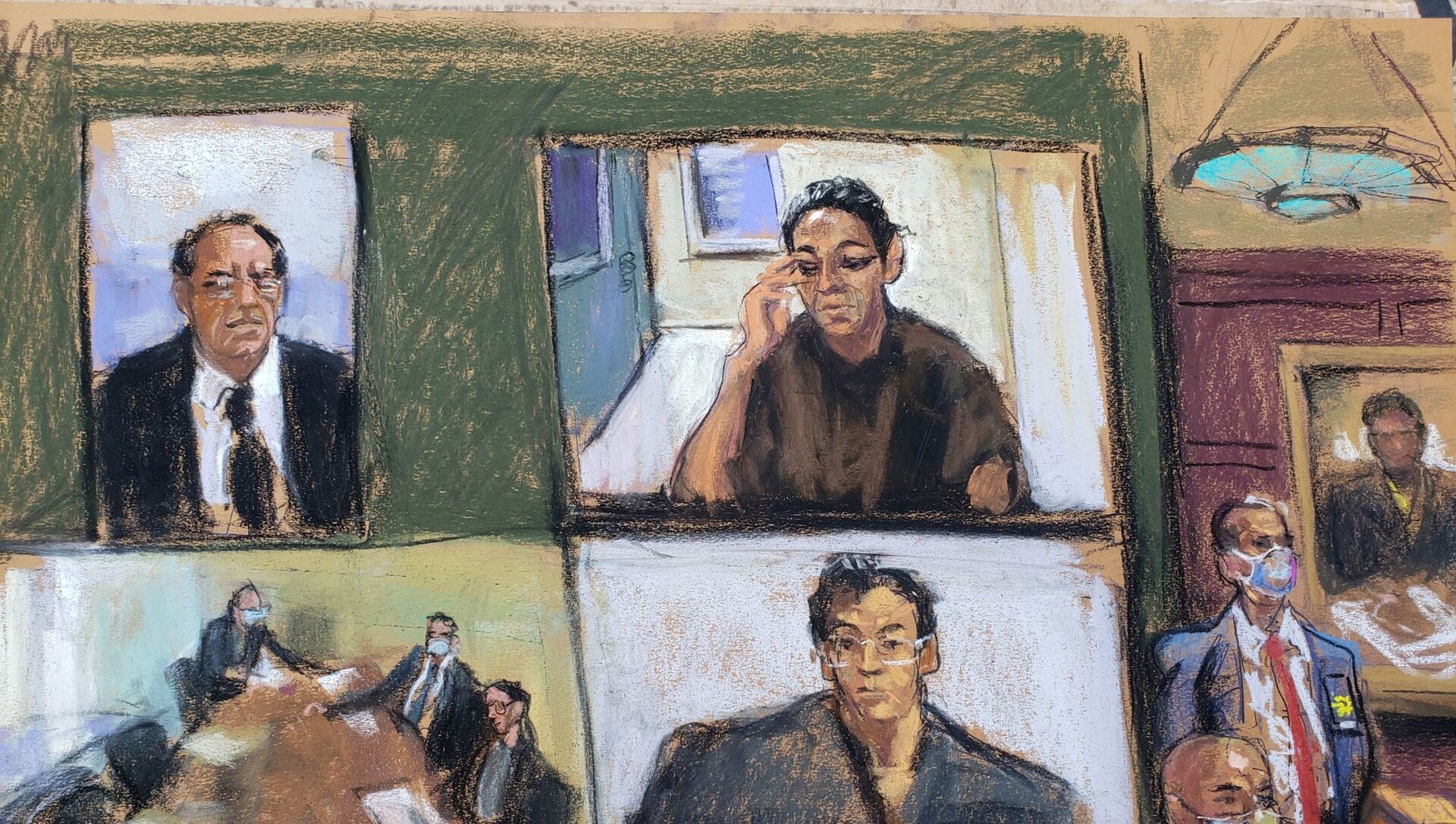 Citing a new Manhattan federal court indictment, the newspaper said it listed a new accuser in the case, who was referred to in court papers as "minor victim-4," and prolonged Maxwell's alleged involvement in Epstein's crimes by seven years, from 1994 to 2004, rather than the previous 1994 to 1997.

According to the report, "minor victim-4" was "recruited to provide Epstein with sexualized massages" for which he or his associates, including Maxwell, paid. Maxwell reportedly met "minor victim-4" at Epstein's south Florida home in 2001, when the girl was about 14 years old, and "interacted with [her] on multiple occasions."

The former socialite reportedly "groomed minor victim – 4 to engage in sexual acts with Epstein through multiple means," during their encounters, which took place between 2001 and 2004. Maxwell reportedly asked about the family and life of the alleged victim.

The now 59-year-old Maxwell has "also sought to normalize inappropriate and abusive conduct by, among other things, discussing sexual topics in front of minor victim-4 and being present when minor victim-4 was nude in the massage room of the Palm Beach residence."

This victim reportedly gave the convicted pedophile nude massages on several occasions between 2001 and 2004, during which he "engaged in multiple sex acts" with her. As reportedly stated in the quoted court records, Epstein's staff, and Maxwell, gave the victim presents, such as lingerie, at her Florida home during that period.

Moreover, both Maxwell and Epstein were charged with influencing the girl to "recruit other young females to provide sexualized massages to Epstein," and the girl brought "multiple females, including girls under the age of 18" to the financier's estate.

"On such occasions, both minor victim-4 and the girl she brought were paid hundreds of dollars in cash," court papers reportedly state.

Since her arrest on July 2 last year, Maxwell has maintained her innocence and denied all the accusations and charges made against her. She is currently being held in federal custody in Brooklyn, NY.

US Judge Rejects Ghislaine Maxwell’s Third Bail Request Over Flight Risk Concerns
Maxwell is the daughter of the late newspaper publisher Robert Maxwell, who committed suicide on his luxury yacht, the Ghislaine, in 1991 amid charges he had stolen the three-quarters-of-a-billion-pound pension fund of his Daily Mirror newspaper group.

Convicted pedophile Epstein was found dead in his federal prison cell in New York in August 2019 as his trial on charges of sex trafficking of minors was pending.