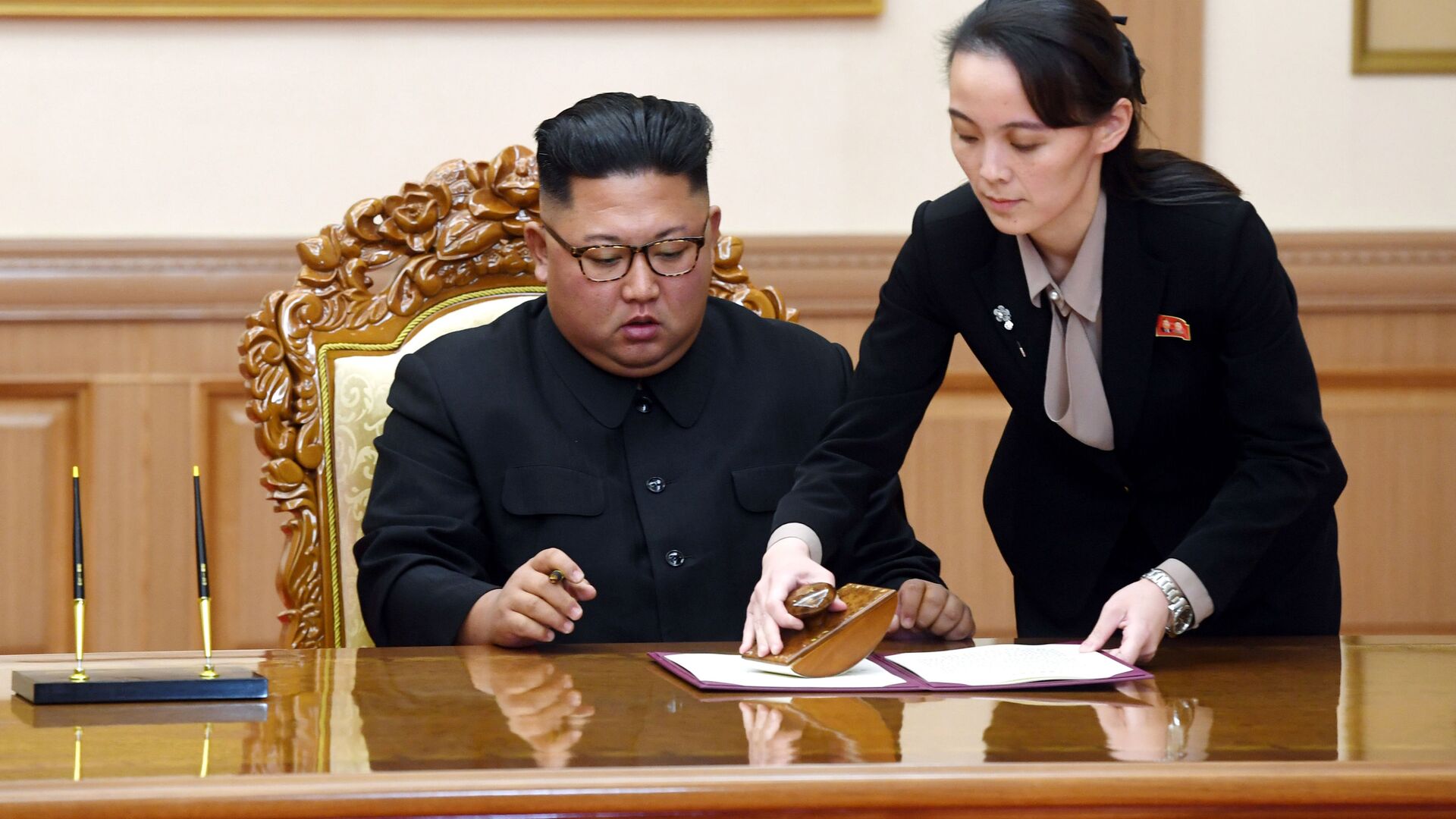 Morgan Artyukhina
All materialsWrite to the author
While the Democratic People’s Republic of Korea (DPRK) has imposed a unilateral moratorium on long-range ballistic missile testing that aroused international condemnation, it has availed itself of the ability to test short-range tactical weapons since talks to trade its nuclear program for the removal of economic sanctions collapsed.

In a Tuesday statement directed at South Korean President Moon Jae In, Kim Yo Jong, vice-director of the Information and Publicity Department of the Workers' Party of Korea (WPK) Central Committee questioned his motivation for worrying about “self-defense” missile tests by the North.

On March 26, Moon referred to the then-recent confirmation by Pyongyang that it had tested two new guided missiles as "actions providing difficulty for the mood for dialogue” and called them “undesirable."

"I'm aware the people are greatly concerned by the North's missile test-firings. Now is the time for South and North Korea and the United States to work to continue our dialogue," he added, according to the Seoul-based Yonhap News Agency.

“He meant that the step taken by us to bolster the capabilities for national defense, exercise of the legitimate sovereign right pertaining to the DPRK, has aroused apprehension among the south Koreans and caused trouble and obstacle to the efforts to create the atmosphere favorable for dialogue,” she said in comments carried by Korean Central News Agency (KCNA).

“Such illogical and brazen-faced behavior of south Korea is exactly the same as the gangster-like logic of the US faulting the right of the DPRK to self-defense as a violation of the UN ‘resolutions’ and ‘threats’ to the international community,” Kim said, adding that Moon “can not feel sorry for being ‘praised’ as a parrot raised by America. This could be what is described as self-contradictory and being caught in one's own trap.” 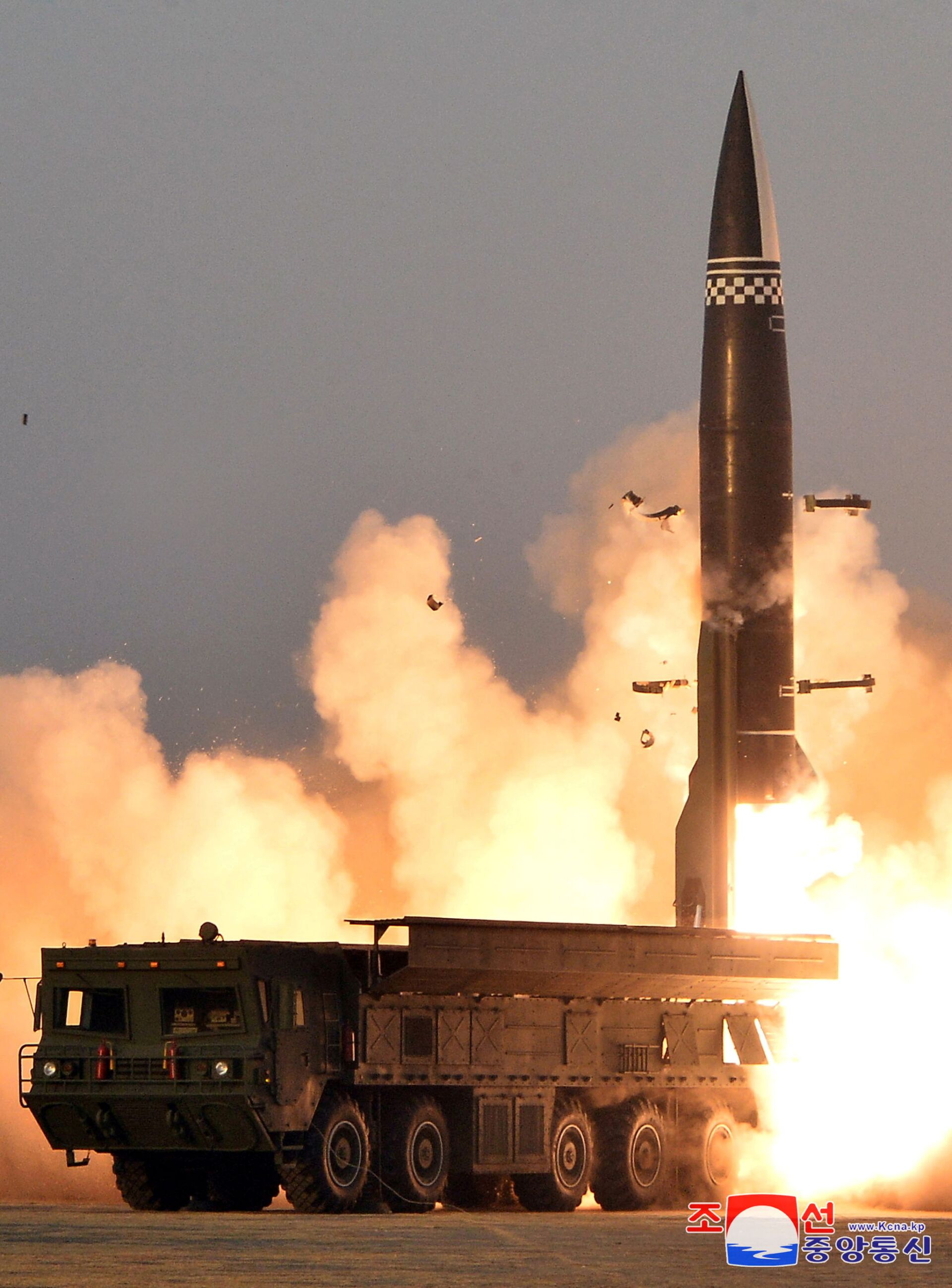 Her use of the term “gangster-like logic” follows WPK secretary Ri Pyong Chol’s use of the same words to describe US President Joe Biden’s response to the March 25 weapons test.

“It is a gangster-like logic that the United States can ship the nuclear assets any time to the Korean peninsula and launch inter-continental ballistic missile, but the DPRK, one of the warring sides, is not allowed to test [a] tactical weapon,” Ri said, according to Voice of Korea.

While Biden admitted the test wasn’t a provocation and was “business as usual,” he also said “there will be responses” if US allies in the region  - South Korea and Japan - “choose to escalate. We will respond accordingly.”

The DPRK has technically been at war with South Korea since 1949 and the US since 1950, when an international force intervened in a war between the two recently-formed Korean states just as the North was closing in on the southern stronghold of Busan. After the American-led force pushed them back and conquered most of the North, an all-volunteer force of Chinese soldiers joined the fight under North Korean command and pushed the allied forces back almost to where the war had started. A ceasefire in 1953 created the demilitarized zone that separates North and South Korea, but did not formally end the war with a permanent peace treaty.

In 2019, an unprecedented rapprochement between Kim and Moon saw them sign an end-of-war declaration and begin to establish closer social and economic ties, although Seoul backed off amid US objections and an eventual collapse of the US-DPRK dialogue running parallel to their negotiations. Biden has sharply criticized former US President Donald Trump’s willingness to negotiate with Kim, and the White House reiterated on Monday that Biden “would not be sitting with President Kim Jong Un.”