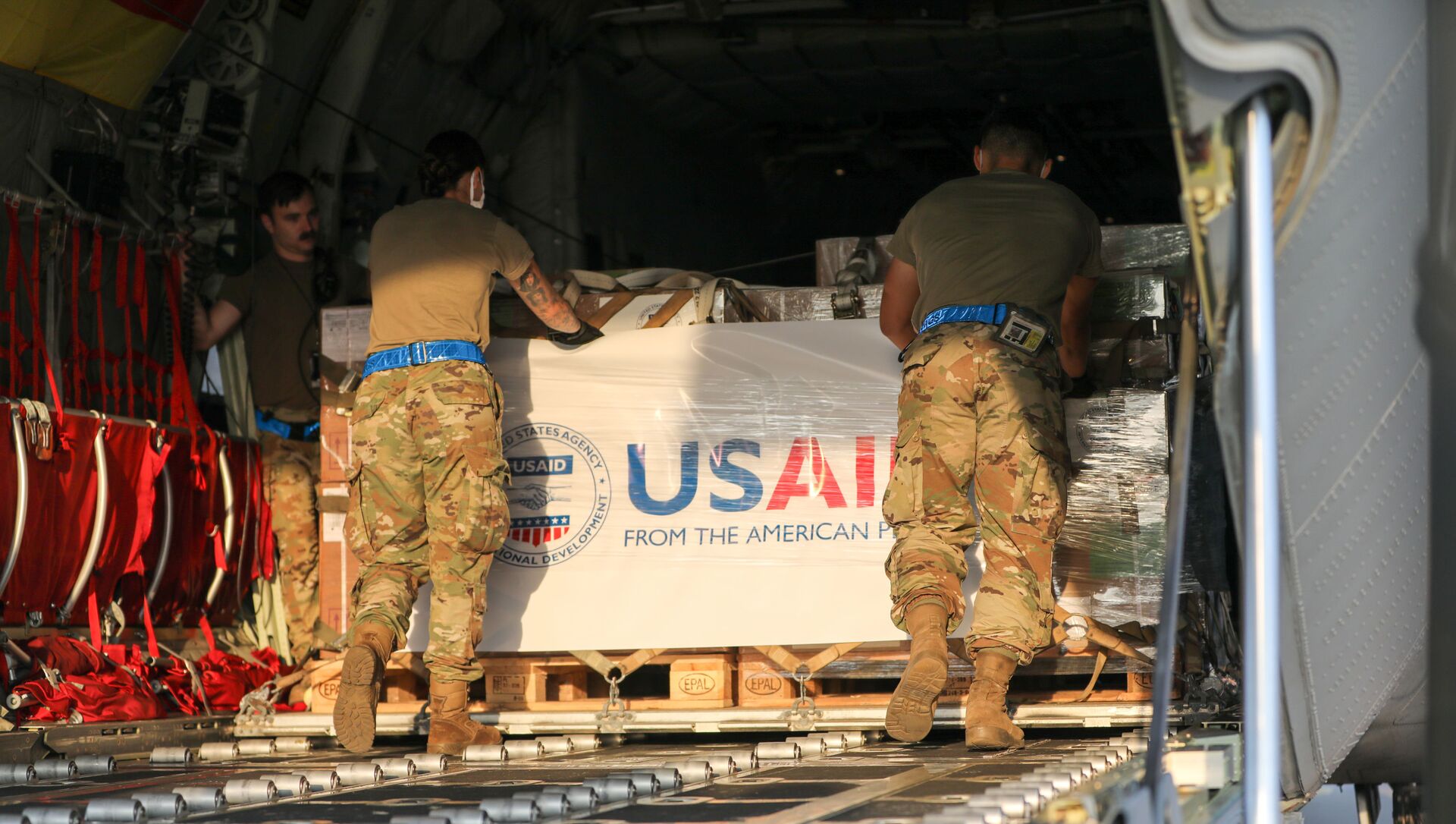 Morgan Artyukhina
All materialsWrite to the author
The US State Department last year unveiled a multi-decade plan for a struggle against China at home and abroad similar to the US approach to the Soviet Union at the start of the Cold War. Other declassified documents have shown that while they publicly deny it, in private, US officials see it as another struggle between capitalism and socialism.

In great power competition with Russia and China, the US Army is going to be asked to pull a larger weight than in past conflicts. According to a new white paper, the service will have a “critical” role in cultivating support and dependency on the US by its regional partners and keep them away from Chinese or Russian influence.

The new document, which was viewed by Defense News, essentially breaks down the “competition” part of “great power competition” by acknowledging that it takes place in many spheres beyond that of armed military conflict, including the “soft power” areas of reputation, disaster relief, and economic exchange. The term “great power competition” was first applied to the US’ present geo-political situation vis-a-vis Russia and China in the 2017 White House National Security Strategy, expressing fears that China’s rise could eclipse the US and that Beijing would behave toward other nations as Washington has.

The paper, authored by Army Chief of Staff Gen. James McConville, refers to this expanded competition as “an infinite game,” calling to mind the “Great Game” euphemism used by European empires in the 19th and early 20th centuries for their genocidal colonial wars that enveloped the globe as one empire positioned for superiority over the others.

According to Defense News, the white paper is part of a larger shift toward a “multi-domain operations” warfighting concept, which breaks down into competition, crisis and conflict phases. This is, essentially, a redrawing of the US Army’s roles in a globally coordinated effort between other domains, which include seapower, airpower, cyberpower, and the Pentagon’s most recent addition, spacepower.

Another white paper published last week on that transformation, which is expected to begin next year, explains why the Army is approaching what is now widely accepted as a multi-decade struggle against China and Russia in this multifaceted way.

“By 2040, China and Russia will have weaponized all instruments of national power to undermine the collective wills of the United States, Allies and partners, while simultaneously cultivating their own security partnerships,” the white paper says. “This will lead to an unstructured international environment where the line between conflict and peace is blurred. As China and Russia continue to modernize their militaries, the Joint Force will find it increasingly difficult to deter their illicit and aggressive actions.”

In other words, the US must muster every available tool it has to pull other nations away from Russia and China, whether by hook or by crook, by carrot or by stick.

According to the new white paper, the Army can play a major role in cultivating a belief in other nations that it’s good to be on the US’ side instead of Russia’s or China’s, whether it’s because of Washington’s ability to answer a nation’s defense or disaster needs faster and more effectively, or simply that their militaries have become so intertwined with those of the US in terms of operations.

“A reputation for strength and reliability is a significant competitive benefit that might cause adversaries to seek less ambitious objectives or, in some instances, to choose not to compete at all and seek cooperation instead,” the document says. “The Army contributes to narrative competition by being a lethal, competent, credible force and being recognized as such by key audiences among allies and partners as well as adversaries.”

An example given is the “gunboat diplomacy” of US Navy ships calling to port around the globe, but the paper also advocates for keeping “forward presence” military bases around the world, so that the US can be the first to respond to local disasters with “useful assistance” before aid can arrive from afar. And, of course, it enables a quick military force response as well.

Finally, the paper notes the importance of large multinational exercises for building and maintaining ties. These include officer exchanges, intelligence-sharing and logistical support, among other perks, which it says can help sway a US partner away from China or Russia. Again, these are more common for the Navy and Air Force, but the white paper sees a major role for the Army as well.