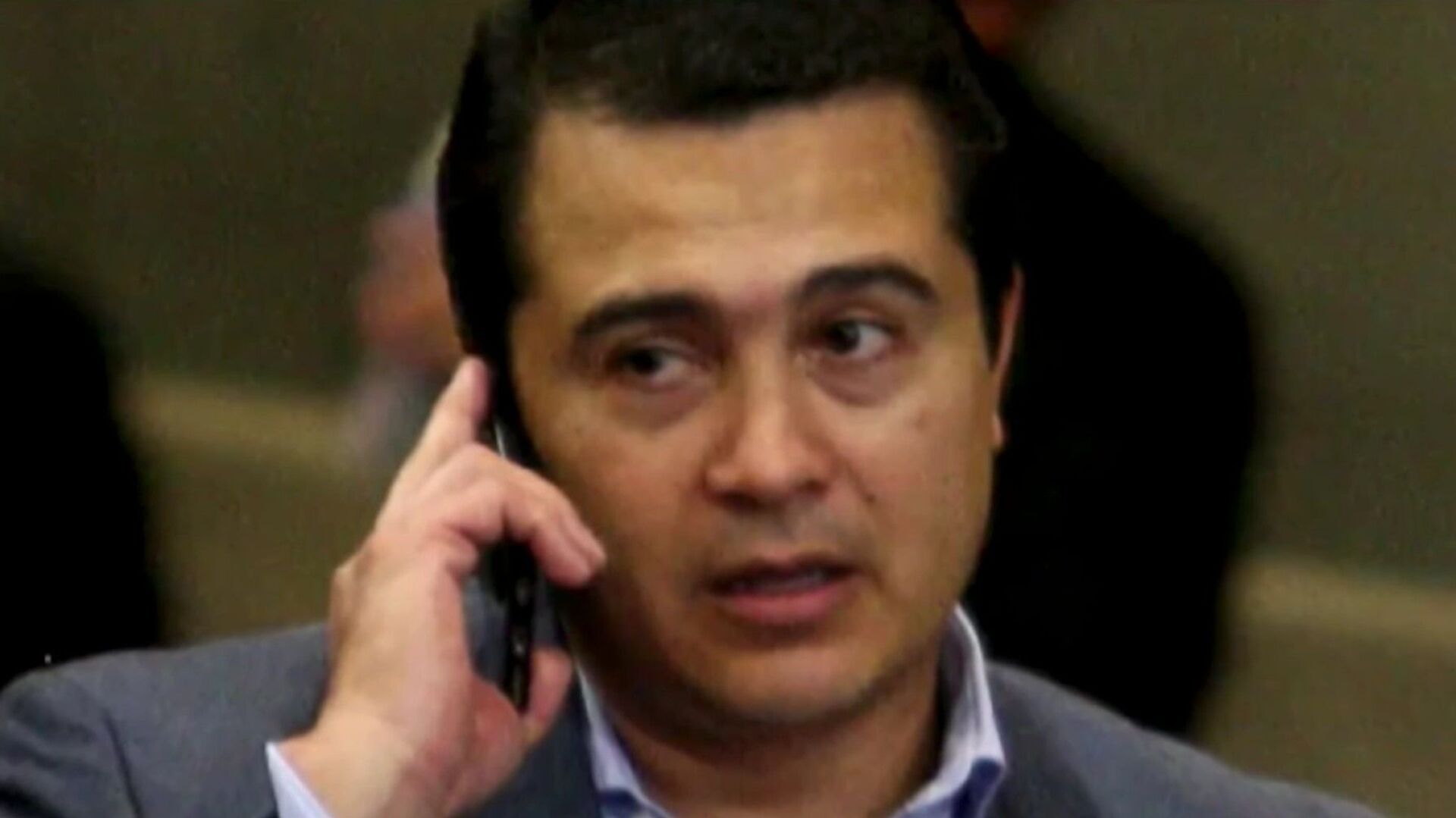 Tony Hernandez is a former member of the National Congress of Honduras, and also happens to be the brother of Honduran President Juan Orlando Hernandez. The former congressional lawmaker was arrested in 2018 and convicted in 2019 over conspiracy charges tied to drug smuggling and possession of machine guns.

A New York judge sentenced Hernandez to life in prison on Tuesday after he was found guilty of being involved in a massive international drug trafficking scheme that saw him traffic over 185,000 kilograms of cocaine.

Judge P. Kevin Castel, who serves the US District Court for the Southern District of New York,  remarked in his sentencing that Hernandez’s life sentence was “richly deserved,” as the defendant was previously found guilty of having played a central role in the importation of illicit drugs.

Castel urged the former congressman to use his time in prison to reflect on his actions, adding that “perhaps you can do some good for your family and your country.”

In addition to the life sentence, Hernandez was ordered to forfeit $138.5 million for his hand in distributing 185 tons of cocaine. Officials estimated the figure was about the amount he had managed to earn through his drug trafficking activities.

Although Hernandez has repeatedly denied he was involved in the trafficking initiative, he was convicted in October 2019 on four counts, which include conspiring to import cocaine into the United States, using and carrying machine guns, conspiring to use and carry machine guns, and making false statements to federal agents. The charges carried a minimum mandatory sentence of 40 years.

In a release issued by the US Department of Justice, the agency noted that Hernandez began his trafficking career around 2004 by providing “sensitive law enforcement and military information” to a pair of Honduran drug traffickers. By the time he was elected to serve in Honduras’ congressional body, Hernandez was pulling “large sums of drug proceeds for” political campaigns.

Hernandez is reported to have ties to other high profile drug traffickers, including Mexican kingpin Joaquin “El Chapo” Guzman Loera, who is currently serving a life sentence in a maximum security federal prison for drug trafficking, money laundering and murder. 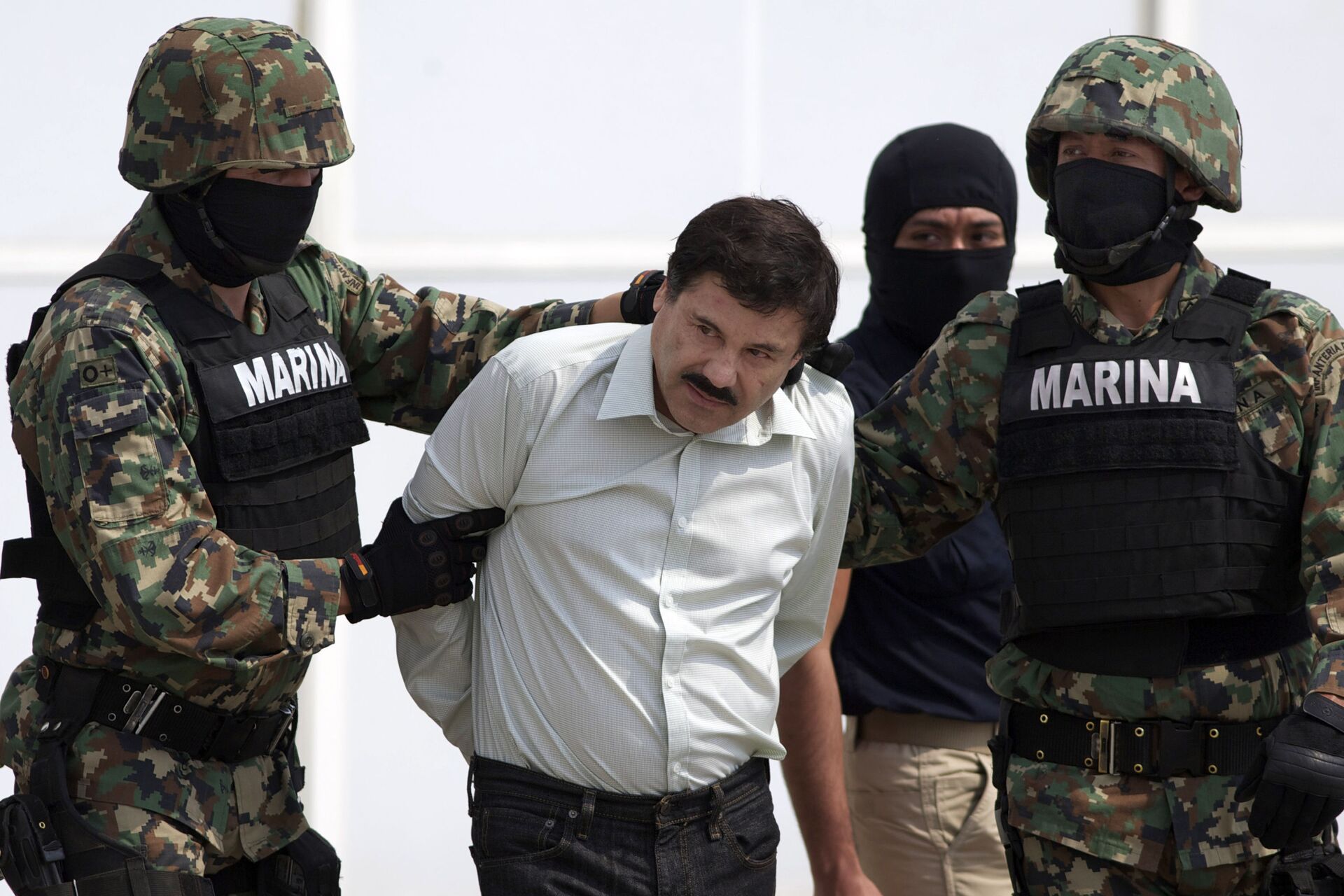 In this Feb. 22, 2014 file photo, Joaquin "El Chapo" Guzman, center, is escorted to a helicopter in handcuffs by Mexican navy marines at a hanger in Mexico City, after he was captured overnight in the beach resort town of Mazatlan
© AP Photo / Eduardo Verdugo

“Exploiting a high-ranking position in government to wield the power of the state to support drug trafficking is as nefarious as it comes,” Wendy Woolcook, a federal special agent involved in the case, noted in a statement accompanying the DoJ release.

“The conviction and sentencing of Tony Hernandez is a reminder there is no position powerful enough to shield you from facing justice when you violate US drug laws by sending tons of cocaine to our country.”

“As important as this conviction is to the people of the United States, it is also important to the citizens of Honduras who Hernandez purposely put in harm’s way for his own personal gain,” she continued.

The Tuesday sentencing comes during a series of related trials including that of Geovanny Fuentes Ramirez, an alleged Honduran drug trafficker who has been held on conspiracy charges in New York. The Ramirez trial brought the Honduran president into the spotlight in the wake of accusations that he sought to invest in a cocaine lab, and allegedly vowed to flood drugs into the US.

Prosecutor Jacob Harris Gutwillig alleged during the Ramirez trial that the Honduran leader had promised to protect drug traffickers, and even pledged to create a security shield so traffickers could “shove drugs up the noses of the gringos.” 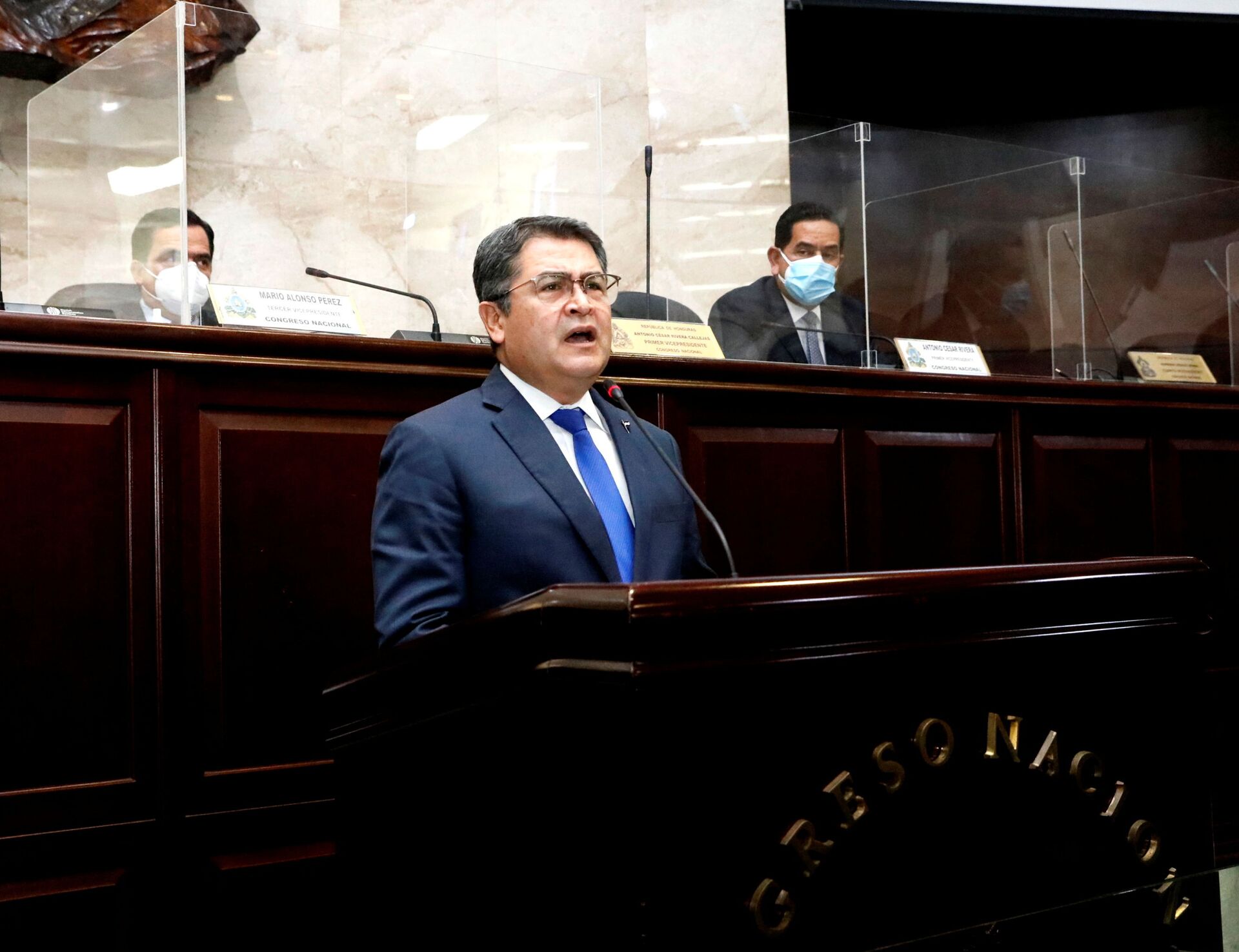 While the Honduran president has not been charged to date over the allegations, he has been described by prosecutors as a co-conspirator. Over the years, corruption allegations have surrounded the elder Hernandez, including accusations of election irregularities in which federal prosecutors have sought to prove that he received financial support from drug traffickers in exchange for protection.

In early March, the president denied all drug trafficking accusations in a thread on Twitter, insisting that the testimonies against him were falsified.

Ahead of his brother’s sentencing, the Honduran commander-in-chief took to Twitter and acknowledged that the looming news would be “painful” before reiterating fabrications that the main witness in the prosecution’s argument had made false statements.

It has not yet been determined if the defense team will seek to appeal Castel’s sentence.