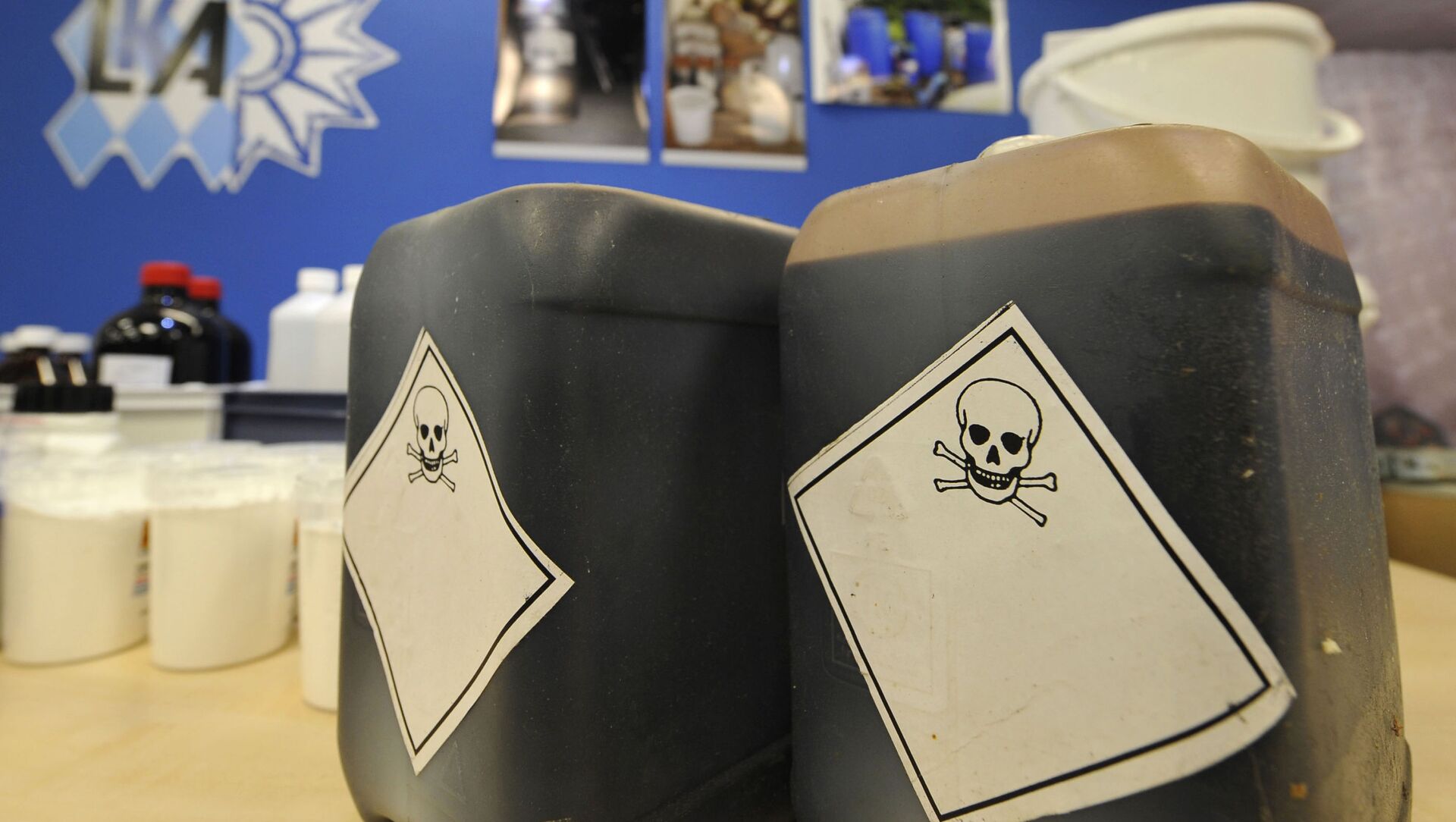 © AP Photo / UWE LEIN
Subscribe
International
India
Africa
Chris Summers
All materialsWrite to the author
In 2016 serial killer Stephen Port was jailed for life for raping and murdering four young men in east London, after plying them with the chemsex drug GHB. Three years later Gerald Matovu was convicted of using GHB to murdering Eric Michels, a 52-year-old actor who had a small part in the James Bond movie Skyfall.

Home Secretary, Priti Patel has moved to restrict possession of the drug GHB (gamma-hydroxybutyric acid) which has been involved in a number of high-profile murder cases.

GHB, which is often used by the gay community during chemsex parties, is currently a Class C drug, the lowest category, but it will now become a Class B drug, putting it on a par with cannabis.

#GHB is being moved from Class C to Class B #drugs

The Home Office will also make it harder to possess two chemicals - gamma-butyrolactone (GBL) and 1,4-butanediol, which can be converted into GHB.

"I will do everything in my power to protect people from harm, which is why I am tightening restrictions around these dangerous substances," she added.

Mrs Patel was referring to the crimes of Reynard Sinaga, Stephen Port and Gerald Matovu.

Sinaga was jailed for a minimum of 30 years in January 2020 for raping 136 men in Manchester after incapacitating them with GHB.

At the time Ian Rushton, the deputy chief crown prosecutor in north west England, said Sinaga was the “most prolific rapist in British legal history.”

Drugs of choice vary, but crystal methamphetamine (ice), amphetamines, and GHB/GBL are popular among gay men in Malaysia and other Asian cities. pic.twitter.com/qXSarUJ05C

​Another homosexual predator was serial killer Stephen Port, who killed four young men after giving them GHB and then sexually assaulting them in his flat in east London.

Port’s GHB dealer was Gerald Matovu and in July 2019 Matovu was convicted of murdering HR executive Eric Michels, who he had met on the gay dating app Grindr.

Matovu, 26, was a prolific thief who preyed on gay men - many of whom, like Mr Michels were “in the closet” - and stole from them after drugging them.

Michels died after being given GBL and Matovu and his accomplice Brandon Dunbar, 24, fled with his bank cards.

As GHB is reclassified from a Class C to a Class B drug watch this @PatrickStrud must see @C4Dispatches 'Sex, Drugs and Murder' which investigates the devastating human cost of the drug - from murder, rape, sexual assault and death #dispatches https://t.co/6R5TDqOamr

​GHB was also used by Stefano Brizzi, who murdered PC Gordon Semple, a serving police with a secret gay sex life, after meeting on Grindr. Brizzi murdered Semple in London and dismember his body before dumping on a London housing estate. He was jailed for life in 2017 and hanged himself in his cell the following year.

The decision to recategorise GHB and GBL follows a recommendation made last year by the independent Advisory Council on the Misuse of Drugs (ACMD).

The Home Office said: “We continue to work with law enforcement agencies in the UK and overseas to tackle drugs supply and bear down on the organised crime gangs profiting from illicit drugs supply into and around the UK.”

When you hear a Tory MP likening #GHB to #Weed you know there's absolutely no depth of knowledge to their judgement. It's an opinion, an opinion born from bias, a bias that all drugs are bad. Whilst conveniently ignoring Alcohol and Smoking - the UKs biggest addiction problem.