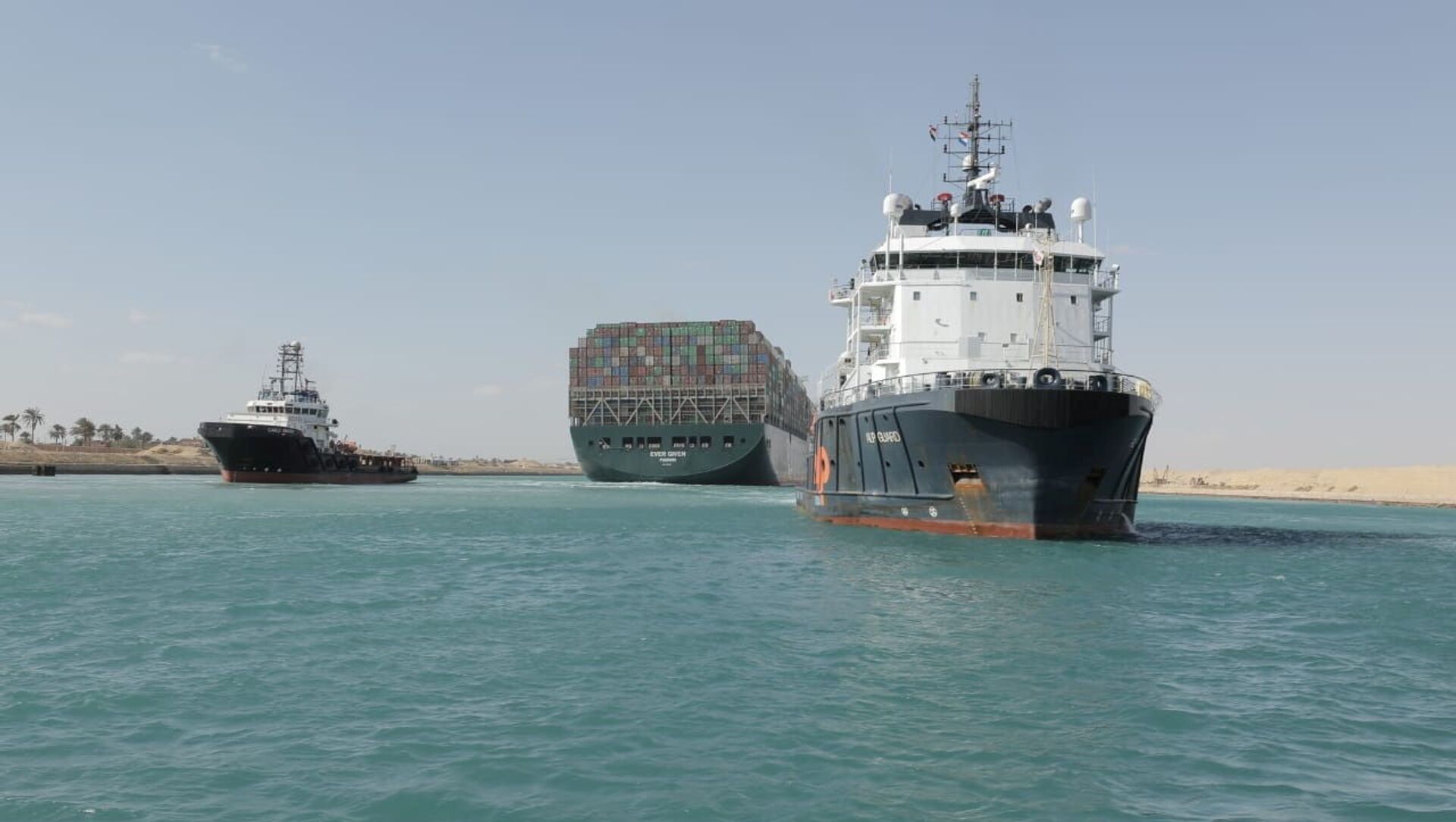 Asya Geydarova
Editor
All materialsWrite to the author
In an unexpected accident, container ship Ever Given had been blocking the major waterway connecting Asia and Europe for almost a week, triggering losses of up to $15 million daily and forcing more than a hundred vessels to wait until they would be able to cross the channel.

The first vessel to cross the Suez Canal after the days-long "traffic jam" was reportedly a Hong Kong-flagged cargo ship under the name of "YM Wish".

The New York Times reported that the YM Wish was allowed through the waterway at around 01:15 GMT, heading to the Red Sea and the Saudi port of Jeddah.

According to MarineTraffic.com, lots of ships followed the YM Wish's successful crossing of the channel. Earlier, Suez Canal Authority head Osama Rabie said that by 8 am [Tuesday] morning [06:00 GMT], 113 ships would have passed through the canal in both directions.

It seems that YM WISH will be the first container ship to exit the #Suez Canal. #SuezLiveonMT pic.twitter.com/5Nth4baPi6

Great to See transits in The #suezcanal resumed. Southbound are first up. Livestock carriers too. ⁦@MarineTraffic⁩ pic.twitter.com/IT7vaLYGvD

The Ever Given mega-ship was successfully refloated on Monday, allowing for navigation on the Suez Canal to finally resume. According to the Suez Canal authorities, the vessel left a narrow section of the canal and entered a lake in its central part.

The "crisis was over", the authorities confirmed.

The accident occurred when the giant vessel (224,000-tonne and 400 meters-long (1,300 feet)) ran aground amid high winds and a sandstorm that affected visibility. Multiple foreign countries and entities offered Egypt help to resolve the issue, including Russia, the United States, China, Greece, and the United Arab Emirates.

Adm. Mohab Mamish, the Egyptian president's aide on the development of seaports and the Suez Canal, also told Sputnik that the blockage of the channel was caused by bad weather conditions and not sabotage.

The Suez Canal Authority said it has no plans to ban container ships the size of Ever Given, and that there was no fault of the channel what happened. Ironically, a ship much larger than Ever Given had passed through the canal shortly before the accident without causing any problems.