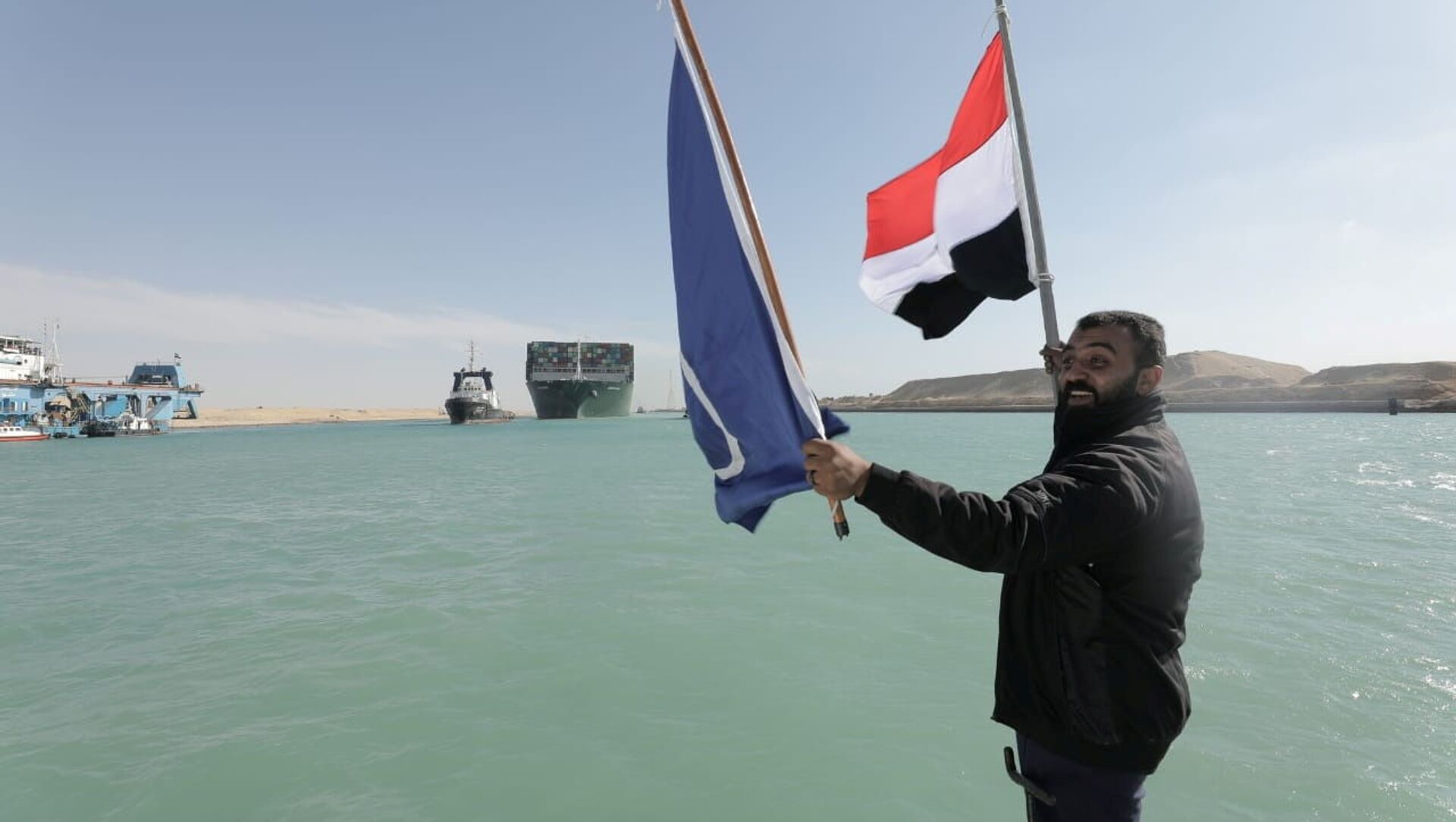 © REUTERS / HANDOUT
Subscribe
CAIRO (Sputnik) - Egyptian President Abdel Fattah Sisi is visiting the Suez Canal in the city of Ismailia on Tuesday, a day after the successful refloating of the Ever Given container ship and resumption of navigation.

"President Abdel Fattah Sisi will ... inspect the Maritime Training and Simulation Center, affiliated to the SCA, in Ismailia," Bassam Rady, the Egyptian leader's spokesperson, stated in a press release.

On 23 March, the Suez Canal was blocked by the 224,000-tonne, 400 metre-long (1,300 ft.) megaship Ever Green, which was sailing from China to the Netherlands. The ship ran aground amid high winds and a sandstorm that affected visibility.

On Monday, the Ever Green was dislodged by tugboats, allowing the resumption of navigation in the canal. Later in the day, Egypt announced its plans to demand compensation from the owner of the Ever Given.

Since the megaship was dislodged, more than 100 ships have passed through the channel, Egyptian media reported Tuesday.