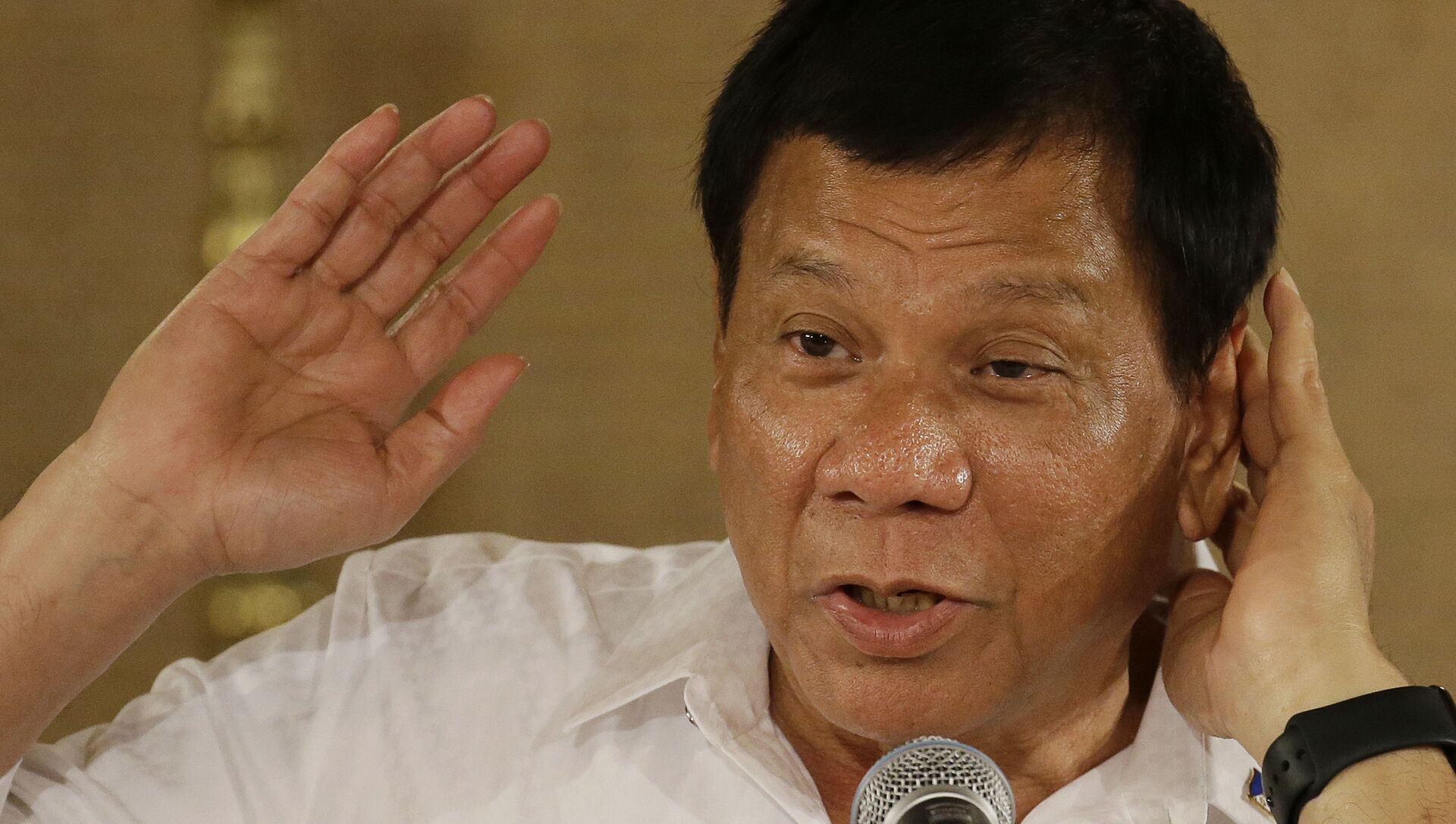 Aleksandra Serebriakova
Moscow-based Sputnik correspondent specializing in foreign affairs.
All materialsWrite to the author
Philippines President Rodrigo Duterte previously admitted to the public that he'd once confessed to a priest that during his youth, he'd tried to touch the private parts of his maid while she was asleep.

President Rodrigo Duterte is "really funny", his spokesman Harry Roque said during a press briefing, as he was commenting on a viral video showing his boss trying to reach for his maid’s crotch during birthday celebrations on 28 March.

In a clip widely shared online, Duterte, who turned 76 on Sunday, was filmed making a playful move towards his house helper’s private area as she was serving him a birthday cake. The maid reconciled and the two laughed the matter off, but the social media crowd found the president’s move outrageous.

This is what really happened. pic.twitter.com/PsbLKm4FV7

Someone (I don’t know who, but thank you) made a gif out of the most disturbing moment in that 76th bday video. Mr. Duterte is ailing & has admitted it, but the video proves that the President of the Philippines is sick in more ways than one. pic.twitter.com/pQSEeRsuwv

Duterte is known for making occasional lewd comments about women; he once said that female rebel fighters should be shot “in the vagina” and confessed that he once tried to grope his sleeping maid.

But Rogue is confident – there was “no malice” in the president’s actions as the matter unfolded in front of his wife Honeylet Avanceña in an intimate family setting.

"Now what you're talking about as touching, it has been maid for a long time,” the spokesman told journalists during the briefing.

“Whether what happened was right or wrong, the context is the close relationship with the president,” Roque added.

There were also some other things in the video that immediately grabbed users’ attention – in particular, a birthday table decked out with a roasted pig, which usually only appears at big celebrations.

Meanwhile, Duterte’s longtime aide and now Senator Bong Go shared quite a different image on social media from the same table but a different angle. His pic showed the president having a simple celebratory meal with a cup of rice instead of cake.

“Just a simple lunch… Every birthday, he never parties or celebrates,” the senator wrote.

Some suggested that the president had tried to pretend he lived “poorer” than in real life during the COVID crisis. But Roque is confident that Duterte was not trying to cheat, and has managed to maintain a “sense of decency” during his “no extravagant” bash.