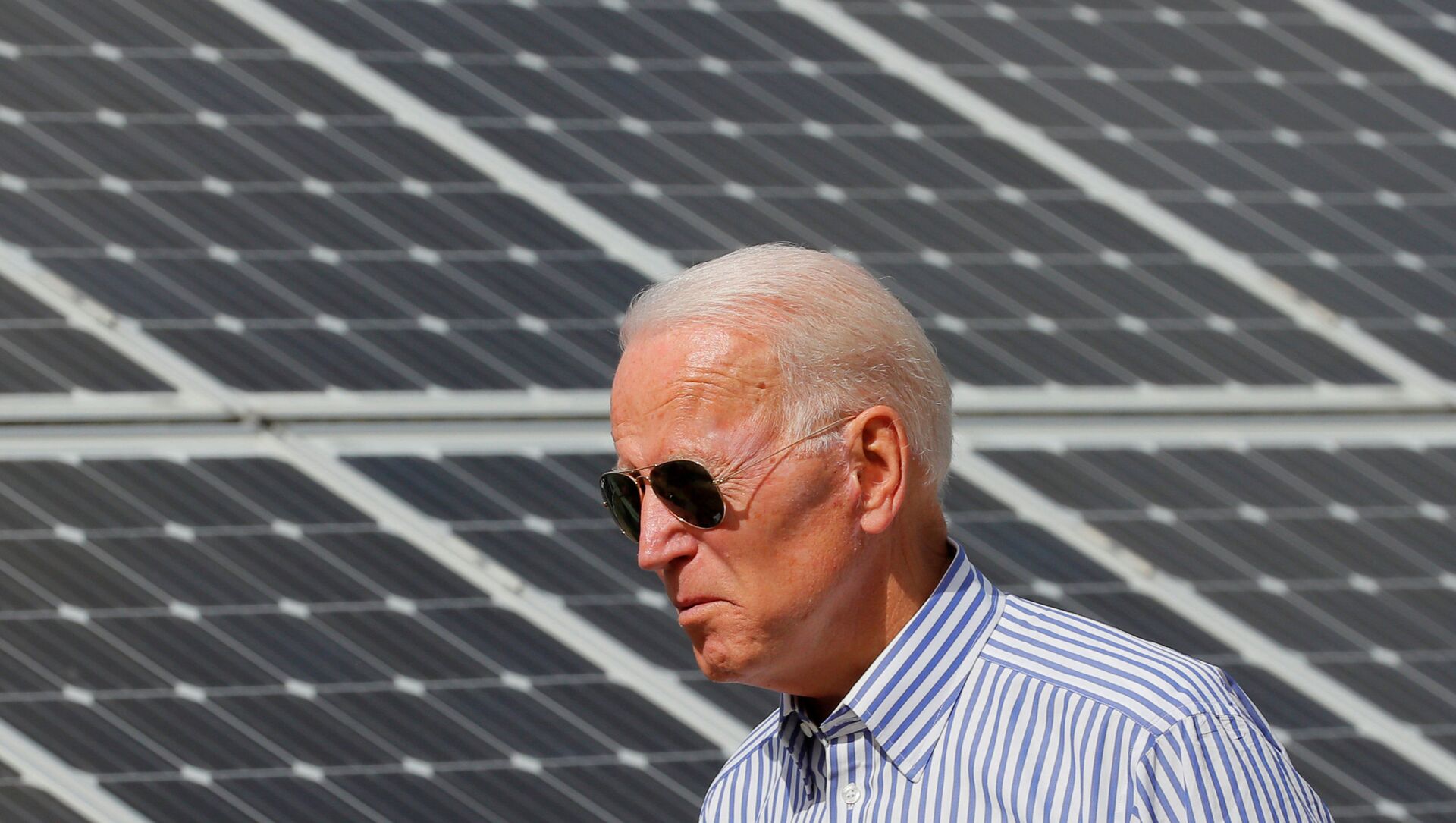 © REUTERS / BRIAN SNYDER
Subscribe
International
India
Africa
Kirill Kurevlev
Managing Editor
All materialsWrite to the author
Biden's considerable age, coupled with what one might consider a little clumsiness, has often been fodder for jokes or even criticism toward him, such as the recent unfortunate stumble of the president on the stairs to his presidential Air Force One earlier this month.

President Joe Biden is not going to throw out the first pitch at the Washington Nationals' home opener on Thursday.

"Well, first let me say I know the president is eager to get out to Nationals stadium, many beautiful days, many beautiful baseball games ahead this spring," press secretary Jen Psaki said during Tuesday's briefing. "It's not on his schedule this week, but I certainly expect that baseball fans will be hearing from him in the next couple days."

Press Secretary Jen Psaki confirms that President Biden will not throw out the first pitch at Nationals Park on Opening Day.

“It’s not on his schedule this week, but I certainly expect that baseball fans will be hearing from him in the next couple days.” pic.twitter.com/Dn9UPfmxGw

According to the Daily Mail, the decision to abstain from the presidential tradition came in light of US top infectious diseases expert Dr. Anthony Fauci, then 79, throwing out last year's first pitch, only to be mocked for missing home plate.

Fauci was kicking off Major League Baseball's season in late July, which had been postponed due to the COVID-19 pandemic. Later he said his bad performance was due to a sore arm, as he recalled "completely destroying" it during a pitching practice with a local high-schooler.

However, critics of the incumbent chief medical advisor to the president, such as former President Donald Trump, who brought up the incident while lashing out at his former advisor during his statement on Monday, haven't forgotten about his failure to throw the ball.

Though Fauci "said he was an athlete in college," Trump said that he "couldn't even throw a baseball even close to home plate."

From ‘President Harris’ to Tripping Up the Stairs, How Press is Blind to Joe Biden ‘Senior Episodes’
Back in 2020, The Nationals' decision to invite Fauci instead of Trump to participate in the team's home opener was perceived as a snub, as commanders-in-chief are traditionally invited for this "task", reportedly due to the scene when Trump visited the stadium in the run-up to the team's World Series victory in 2019 and was booed by baseball fans.

Following Fauci's invitation from the Nationals, Trump revealed at a coronavirus taskforce meeting that he would be tossing out the ceremonial first pitch for the New York Yankees a few weeks later. Such news reportedly surprised both the administration and the Yankees, since nothing like that had been on the presidential schedule.

Later on, the former president canceled the trip to Yankee Stadium, claiming that he was too preoccupied with the coronavirus to go.

For his part, Biden last threw a first-pitch in 2009 at Camden Yards in Baltimore, and the ball went straight to home plate.