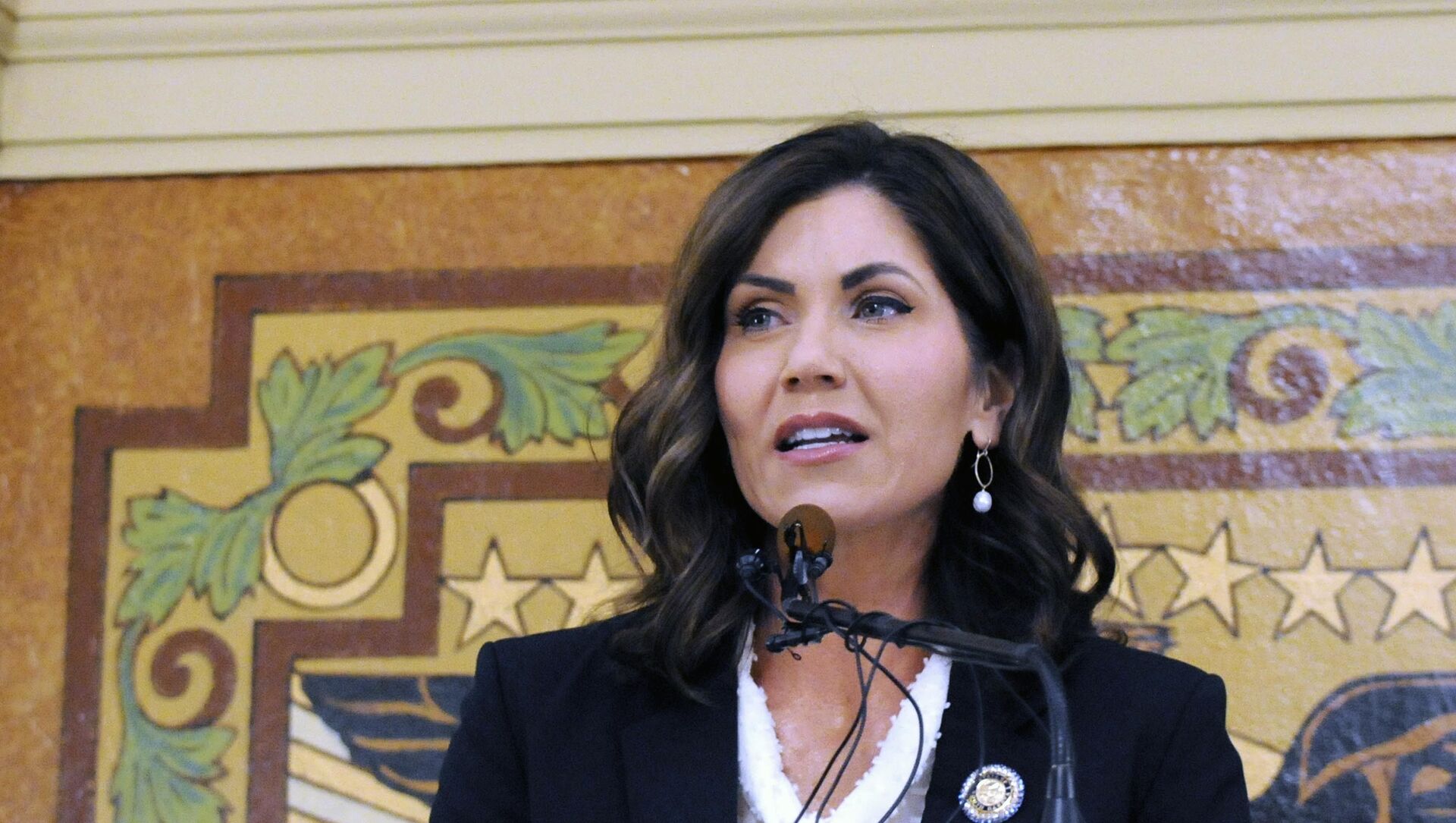 Arty Katkov
All materialsWrite to the author
The release of the devilish-styled sneakers comes along with the new music video by Lil Nas X called “Montero”, in which he falls into hell and gives a lap dance to the devil.

South Dakota Republican Governor Kristi Noem did not seem to like the idea of ‘satan’ sneakers, presented by rapper Lil Nas X, and went to Twitter calling on people to “fight for the soul of our nation”.

Our kids are being told that this kind of product is, not only okay, it's "exclusive". But do you know what's more exclusive? Their God-given eternal soul.

The tweet did not go unnoticed by the artist, who announced the pair of Nike sneakers in collaboration with MSCHF Company. He poked fun at Noem for paying attention to “some damn shoes”, implying that the governor of the US state  should have more important things to do.

ur a whole governor and u on here tweeting about some damn shoes. do ur job! https://t.co/qaor6W0B9C

​The governor then snapped back at the rapper with a Bible verse, only to receive a tweet with a line from his song as an answer.

What good will it be for someone to gain the whole world, yet forfeit their soul?

“Shoot a child in your mouth while I'm ridin'”

The rapper and former Billy Ray Cyrus collaborator, most famous for his viral hit song “Old Town Road”, drew controversy over the weekend after he released his version of Nike’s classic Air Max ’97 sneakers. The sneakers are said to feature “a single drop of human blood” and additional red ink. There are expected to be only 666 pairs available, which would be sold for $1,018.

The pair of sneakers was made with MSCHF Company, which specialises in creating viral projects and products, such as Nike sneakers filled with Holy Water, or an app for making stock investments based on astrological signs.

Nike, meanwhile, quickly denied collaborating with the rapper, stressing that the company does not endorse the shoes.

“We do not have a relationship with Little Nas X or MSCHF,” Nike told NBC in a statement. “Nike did not design or release these shoes and we do not endorse them.”