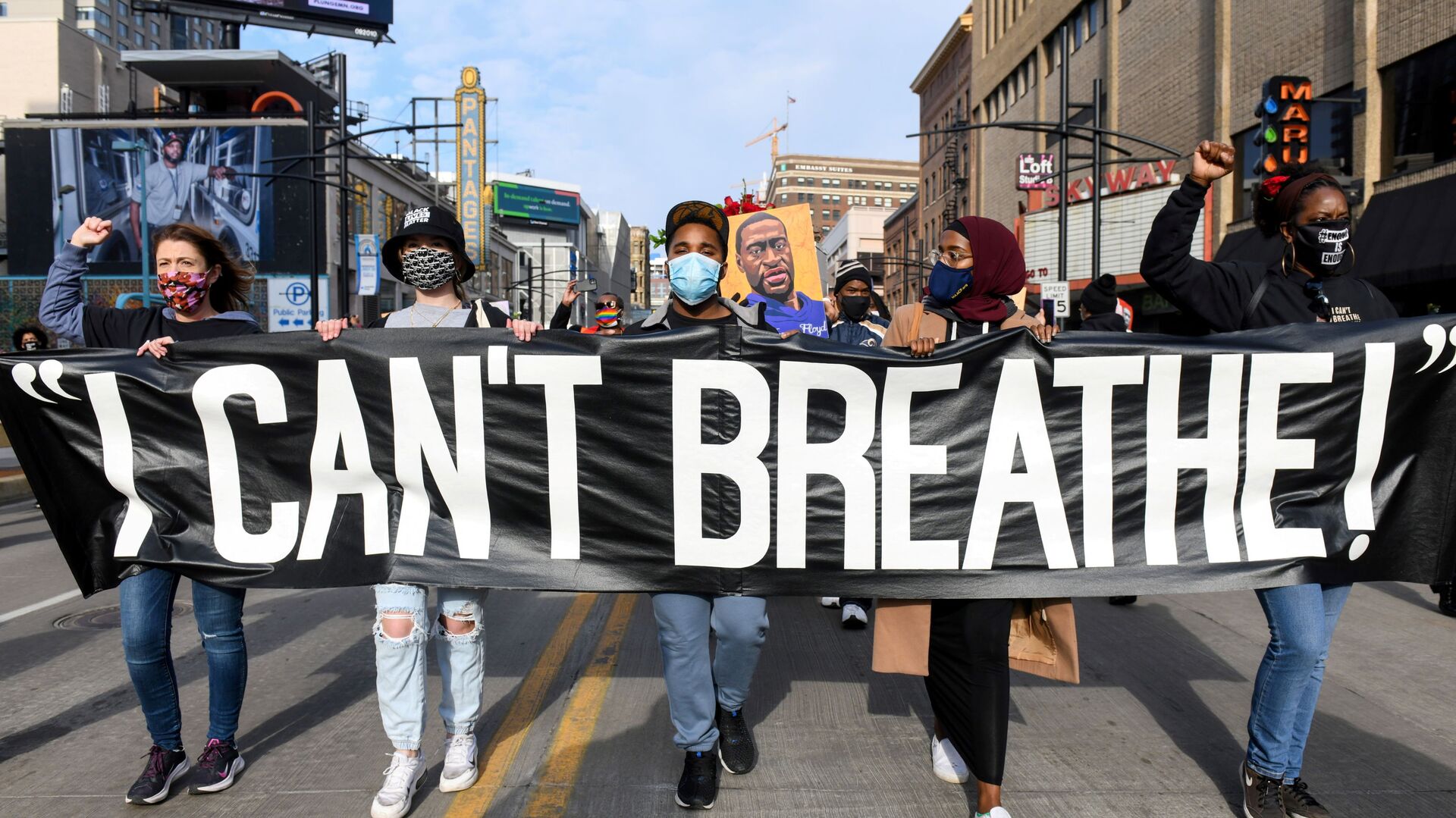 The former Minneapolis police officer Derek Chauvin is charged with second-and third-degree murder and second-degree manslaughter over the death of African-American man George Floyd in May 2020.

Watch a live broadcast from Minneapolis, US, where protesters gather outside Hennepin County Courthouse on Monday, 29 March, following opening statements in the trial of police officer Derek Chauvin over the death of African-American man George Floyd.

On 25 May 2020, Floyd was arrested in Minneapolis after a store clerk alleged that Floyd had passed a counterfeit $20 bill. During the arrest, Chauvin was filmed kneeling on Floyd's neck for more than eight minutes, while the latter was lying handcuffed face down in the street. Though Floyd repeatedly told Chauvin that he could not breathe, the officer did not take his knee from the man's neck.

After Floyd's death, Chauvin was fired and charged with second-and third-degree murder and second-degree manslaughter. Three other officers charged in the case will be tried separately in August.​